Women's and children's health to the fore in Fengxian District

Maternity and pediatric services are being upgraded in rural Fengxian District, health officials announced during a ceremony on Sunday.

Shanghai Jiao Tong University School of Medicine will team with the district to set up a women's and children's health center. A number of leading maternity and pediatric hospitals will establish branches in Fengxian as well as other leading public hospitals.

The Fengxian branch of the Shanghai International Maternity and Child Health Hospital will open in 2022 with 500 beds to meet the demands for people in Fengxian and nearby regions.

The Fengxian branch of the Children's Hospital of Fudan University will focus on children's complicated diseases. It will cooperate with the maternity hospital to build a high-end medical complex focusing on fetal health, newborn medicine, congenital deformity, children's early development and children's tumor.

The first city-level comprehensive hospital in the Fengxian New City also received approval from the city government recently. The Fengxian branch of Xinhua Hospital with 600 beds will finish construction in December 2024, the district government said. 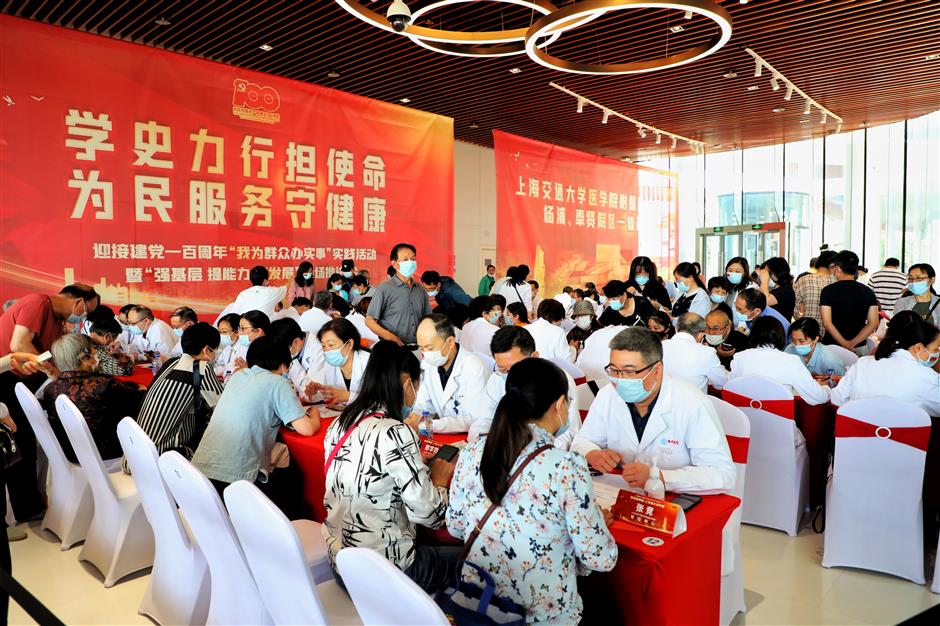