A taste of Chinese culture and TCM for local expats

More than 110 expats living in Shanghai had a taste of the charm of traditional Chinese culture and medicine and international education at the Shanghai University of Traditional Chinese Medicine as the Dragon Boat Festival is nearing.

The foreigners from Japan, South Korea, France, Switzerland, Belgium, Morocco, Germany and Brazil visited the university for its annual Open Day activity, which consisted of course consultations, on-site experience and a campus tour carried out in Japanese, English, French and Korean.

They attended a lecture with tips on TCM approaches in health care, one-on-one consultations on TCM diagnosis and both long-term and short-term study opportunities at the university. 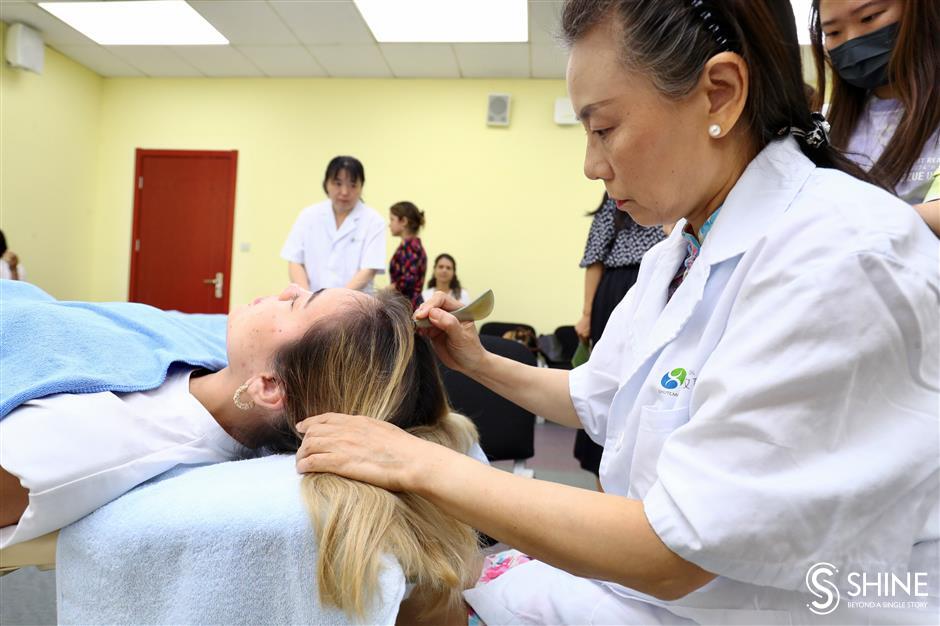 Faculty members from the university's school of acupuncture and moxibustion demonstrated acupuncture and tuina, or Chinese therapeutic massage, for the expats, some of whom tried the services.

Julia Gruenig, a German student studying Chinese at Tongji University, was one of the visitors. She was very active in the tour and tried both acupuncture and tuina.

"My mother is Chinese and I've been interested in traditional Chinese medicine," she said, adding that she is considering applying to the university.

Guided by faculty members and volunteers, the group also visited the Shanghai Museum of TCM for a better understanding of traditional Chinese medicine. 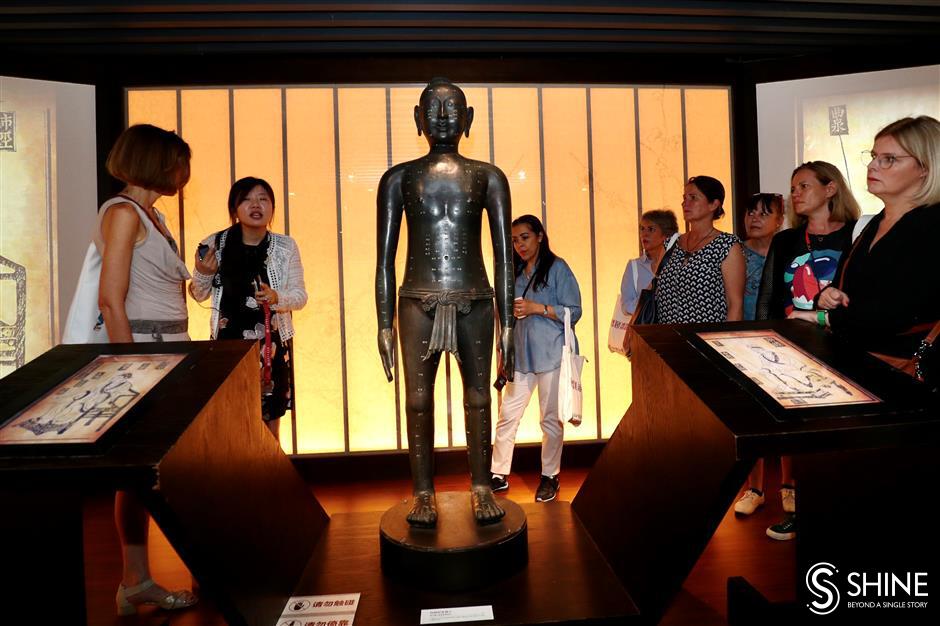 As the Dragon Boat Festival is approaching, the university also arranged a session for the visiting expats to make and taste zongzi (rice dumplings wrapped with bamboo leaves), a traditional way to celebrate the festival.

TCM practitioners believe the bamboo leaves used to make the rice dumplings can clear heat and remove toxins, as well as stop bleeding. The glutinous rice is helpful in tonifying qi, or energy flow, and strengthening the stomach and spleen. The stuffing made of red beans can regulate qi and meridians, clear heat and generate bodily fluids. The expats made dumplings with rice and red beans, and those with meat and Chinese dates were also provided for tasting. 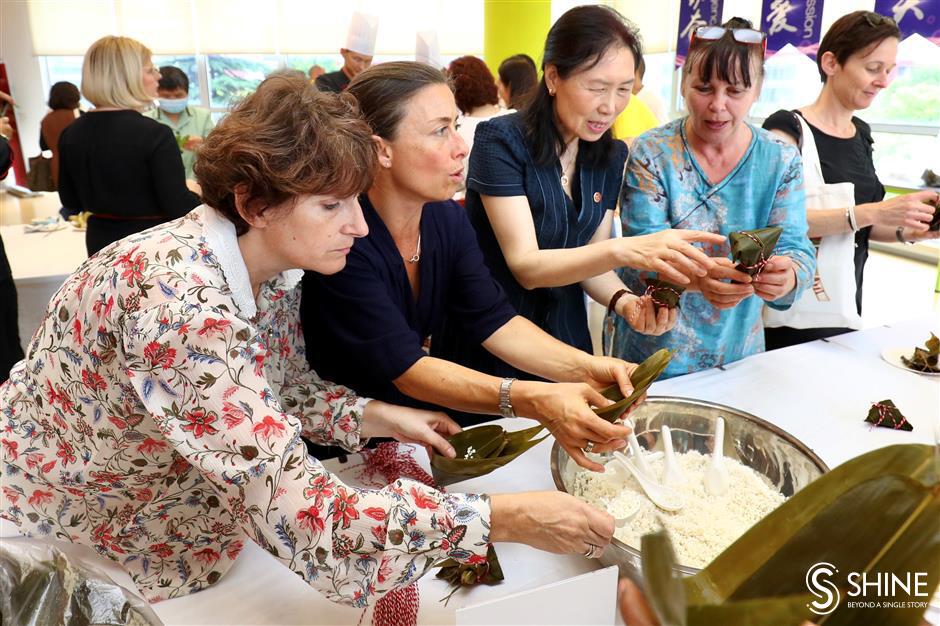