Smoking rate among people over 15 dropping in city

"Minors' understanding of the harm of smoking and their concept of smoking are important for smoking control in the city, which should enhance education and take action to reduce children's exposure to passive smoking," said Wang Tong from the Shanghai Health Commission's health enhancement department.

Shanghai's efforts to control and prevent smoking led to the nation's first smoking-control law, which bans smoking in all the city's indoor public venues, all indoor working places and public transport as well as outdoor places of some public venues which mainly serve minors.

After public education and strict law enforcement, the city's smoking rate for people over 15 years old has been dropping for the 6th consecutive year, and is now 19.7 percent, among the lowest levels in the nation.

The smoking rate was 12.8 percent in places banning smoking last year, lower than the 14.3 percent in 2019. Entertainment venues are still the place with the highest rate of smoking.

The exposure to second-hand smoking among staff at workplaces banning smoking was 21.3 percent last year, higher than the 12.9 percent the previous year. Staff working in public transport, airports, railways and long-distance passenger stations and entertainment venues suffered the highest rate of second-hand smoking.

In addition to enhancing education to control smoking in banned places, the health authority also stepped up education to suggest people not to smoke while walking in the street. About 75 percent of people said they had encountered such behavior and 92 percent expressed their dislike of it. 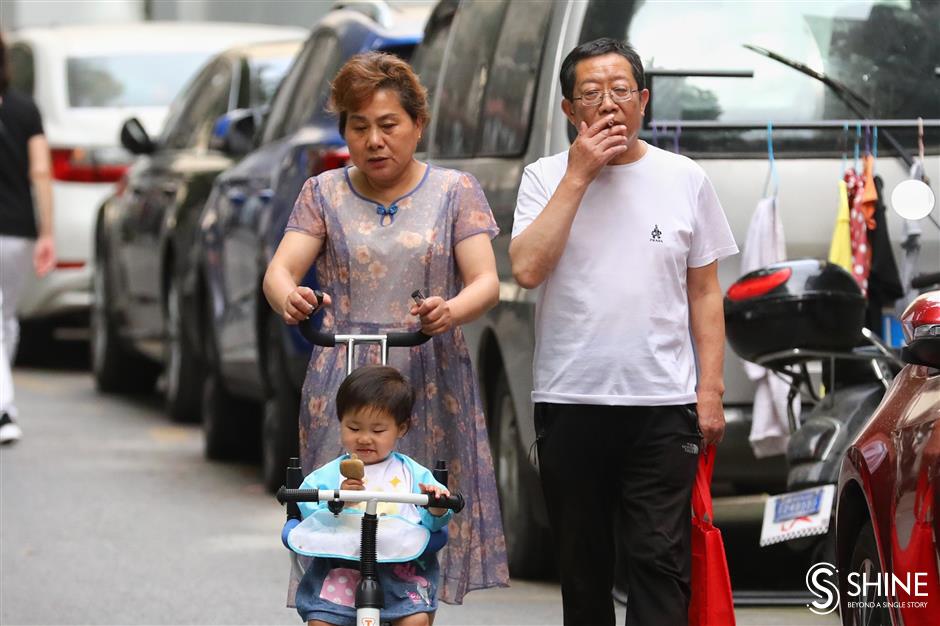 A man smokes while walking with a child.