An international presence at the Inno-Match Expo which opened on Monday. 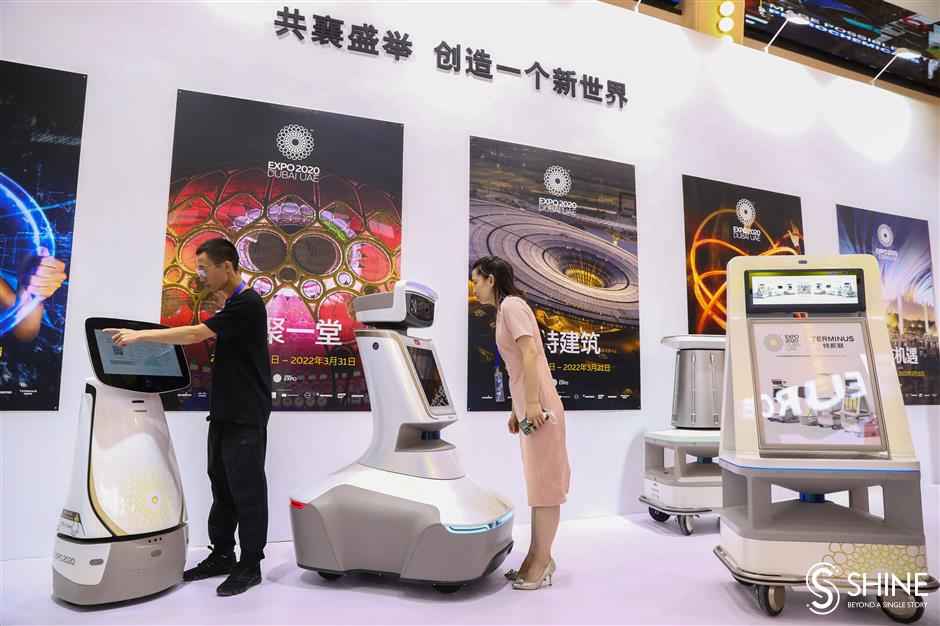 Domestically developed robots to be used in World Expo in Dubai in October are on display. 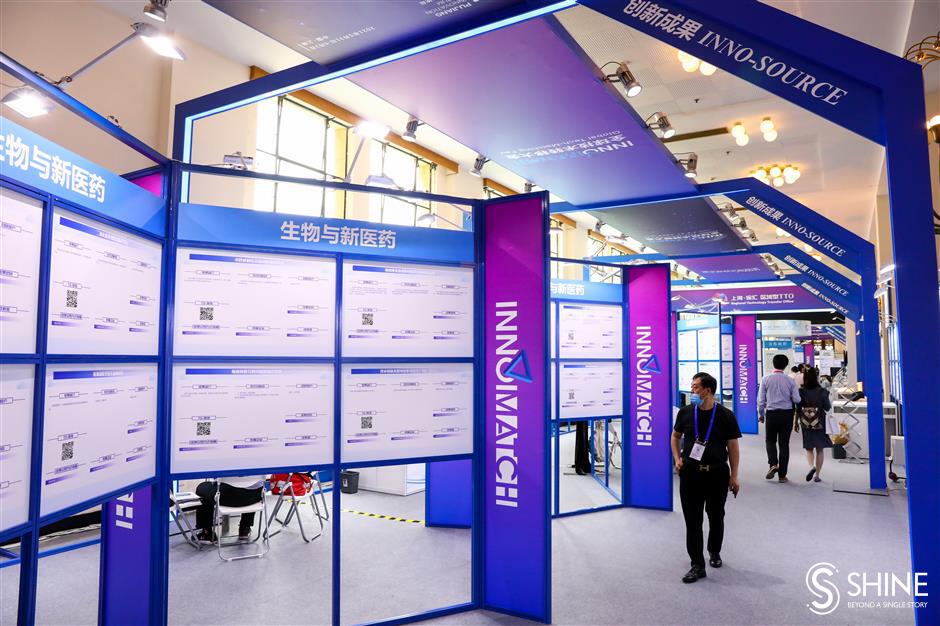 The three-day Inno-Match Expo is in its second year.

The three-day Inno-Match Expo, part of the annual Pujiang Innovation Forum, opened on Monday at the Shanghai Exhibition Center.

The fair, also known as the Global Tech-Matching Fair, is in its second year and features an exhibition, product debuts and nearly 20 meetings on frontier research in fields such as semiconductor and carbon neutrality, and hot topics such as fintech and Yangtze River Delta regional cooperation.

It offers a platform for regions and countries, startups and business tycoons, and universities and industrial parks to demonstrate their advantages and development potential. More than 500 findings are expecting to be turned into products for the market.

The exhibition covers an area of nearly 10,000 square meters. It is divided to six zones: Tech-World for global innovators, Tech-High for high technologies, Tech-Need for business tycoons, Tech-New for technology startups, Inno-Source for latest findings and Inno-Service for service providers.

Pavilions set up by several countries will showcase their developments and seek cooperation deals.

The United Arab Emirates, this year's Country of Honor, is demonstrating robots to be used at the World Expo in Dubai in October.

Beijing-based Terminus, the Chinese partner of the Dubai expo, will send 152 robots to the expo, said the company's Xia Tao.

The Japan Pavilion demonstrates the country's achievements in the health care and new materials industries.

Displays include a photocatalyst that can remove formaldehyde and kill bacteria. The product is widely used in new buildings and gathering places for the elderly, such as nursing home, in Japan. It is now seeking cooperation deals with Chinese developers.

The South Korea Pavilion demonstrates a golf game developed by China, Japan and South Korea; the Switzerland Pavilion has a driverless electric race car; while the Belgium Pavilion showcases its innovation cooperation with Chinese companies.

Shanghai Technology Transfer has also set up a mini trading venue. By April, 1,491 achievements had been listed with transaction volume adding up to 847 million yuan (US$133 million).