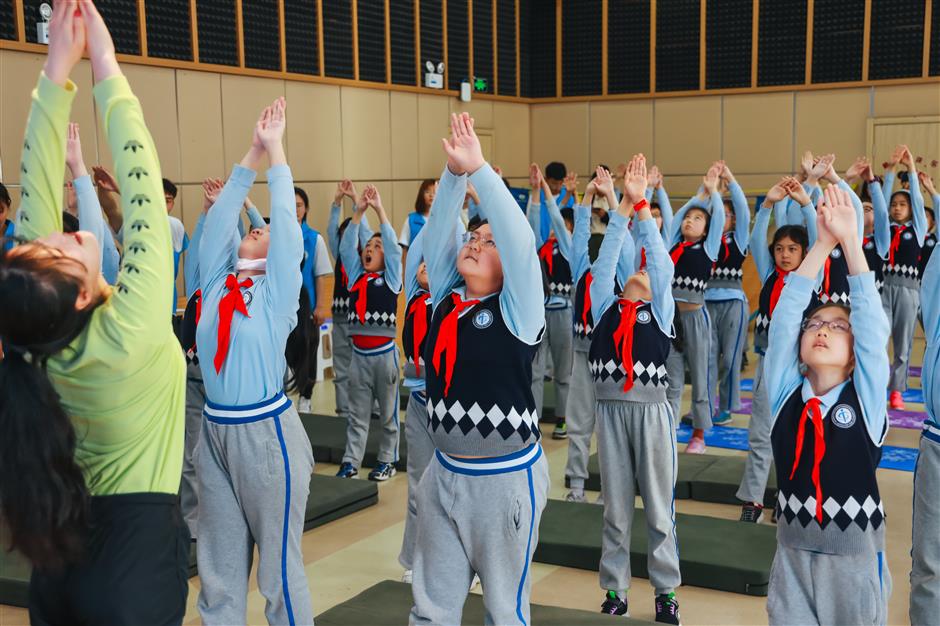 Students take part in a spinal health course developed by a team from Shanghai Normal University.

A total of 88 courses covering a wide range of subjects such as moral education, Chinese, math, English, history, fine arts, music, science and technology will be delivered by nearly 1,000 volunteers, all teachers and students from the university.

Around 7,000 primary school students are expected to take part.

With the Ministry of Education requiring primary schools to provide free after-school services to help working parents, many local schools are offering after-school activities up to 6pm.

Shanghai Normal University said its after-school program was aimed at helping primary schools optimize resources and improve the quality of their after-school services.

Four courses were presented at a launching ceremony on Monday.

These included a programming course developed by students from the university's school of information and mechatronics. It started with introduction of China's domestically developed Mars rover Zhurong and guided students to understand the robot's "brain," mechanical arms and legs. The team also showed a dancing robot and a sanitizer robot they had developed.

The fine arts college presented a polymer clay course to guide students to explore Huishan clay figurines from Wuxi in Jiangsu Province, which have been listed as a national intangible cultural heritage. 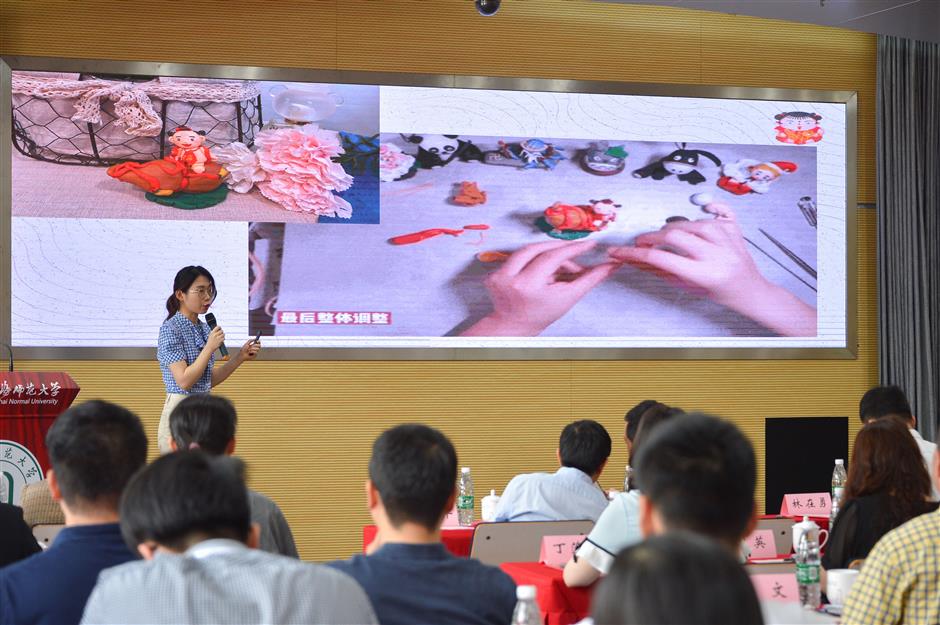 Students listen to a talk on the making of Huishan clay figurines from Wuxi in Jiangsu Province, a national intangible cultural heritage.

In the centenary of the founding of the Communist Party of China, courses featuring revolutionary culture are also included. For example, a bilingual course named "Walk into CPC" has been designed to help young people get to know the Party through the narration of "red" stories and "red" heroic deeds.

Other courses will include one on rice processing procedures to encourage students to save food and another teaching students about chemistry by analyzing milk tea and carbonated drinks.

Li Xia, a teacher from the university's primary education department, said: "I look forward to working with primary school teachers to provide high-quality education for pupils and explore creative and innovative teaching methods that benefit pupils in the new era."

Shanghai Normal University plans to launch similar summer classes for the children of medical workers and police officers, she added.