Fast diminishing Arctic sea ice is causing concern among scientists, politicians and the general public, according to Zheng Lei, a postdoctoral researcher at the School of Geospatial Engineering and Science, Sun Yat-sen University. He says strengthening our capabilities in the observation and survey of the polar regions is urgent. Here is our interview with him. 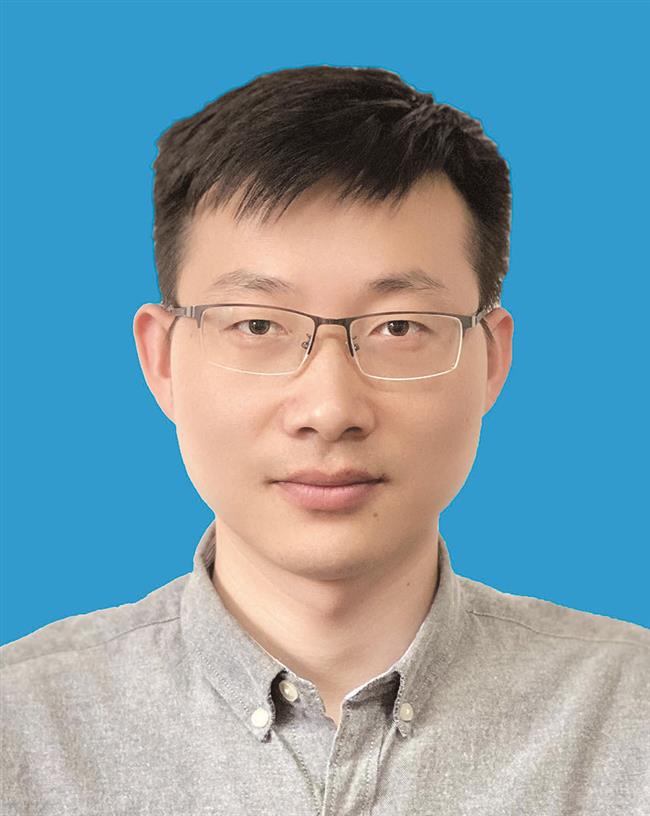 Zheng Lei is a postdoctoral researcher at the School of Geospatial Engineering and Science, Sun Yat-sen University.

Q: Could you say something about the latest developments in your field of study and its impact on our lives?

A: I am engaged in studies in polar remote sensing and climate change. Polar regions refer to the North and South poles (some scientists also regard the Tibetan Plateau as the third pole).

A common feature of these regions is extreme cold and extensive cover of snow and ice. In recent years, the polar regions are experiencing dramatic changes, as suggested in remote sensing observations. The fast diminishing Arctic sea ice (including the shrinking and thinning of the ice) is drawing concern from scientists, politicians and the general public.

The Greenland Ice Sheet has also witnessed rapid mass loss due to an increase in surface melt and ice discharge. The dramatic disintegration of ice shelves is the most striking feature in the Antarctic. One of the lesser known facts about these ice shelves is the existence of intense basal melting as a result of the incursion of warm circumpolar deep water. These dramatic changes in the polar regions would undoubtedly affect our lives.

On the one hand, mass loss of the ice sheets would raise sea levels and therefore impact the socio-economic development in the world's coastal regions. On the other hand, the rapid changes in the Arctic sea ice, by regulating the atmospheric circulation, influence weather conditions in our country, such as the extreme cold-air outbreak and smog in recent years.

One piece of good news for the melting Arctic is the opening of the Northern Sea Route (also called the "Ice Silk Road") which is significantly more cost-efficient compared with traditional trade routes.

Q: Does your research help us to better meet the challenges of global climate change?

A: I believe it could help in some ways. The polar regions are especially important in the global climate system. However, these regions pose serious difficulties for observation due to the extreme weather conditions. My specialty is to survey polar regions by using satellite remote sensing. It is more efficient, and less costly compared with ground-based observation.

The dramatic changes in the sea ice and ice sheets could affect surface energy balance, water cycle and the ocean current system, though there are still uncertainties regarding the mechanism concerning the mass loss of polar ice sheets and the decline of Arctic sea ice. This is one of our current research goals.

Q: Tell us about your current research.

A: I wish to mention one of my recent projects. It is about quantitatively estimating the ice sheet meltwater volume through satellite remote sensing. To put it in another way, it aims to determine the amount of snow and ice that turns into water. This is vitally important for evaluating the effect of ice sheet surface snowmelt on rising sea levels.

Q: You have published a number of research papers. Could you say something about some of your more important findings?

A: One of our recent studies found that the Antarctic ice sheet occasionally melts in winter (April to October), especially in the Antarctic Peninsula at relatively lower latitudes. This was found to be linked with abnormal local cyclonic activity, which might be related to the strong El Nino events, particularly in 2015-16.

Another important finding showed that the Arctic rivers are accelerating degradation of the permafrost. The Arctic rivers discharge has increased under global warming. Most of these rivers flow from south to north, carrying water warmer than the ground surface. Thus the increase in river inundation is speeding up permafrost degradation.

Q: How is related research in China perceived internationally, and how do you think we can we catch up with the highest world level?

A: China is a latecomer in polar research. For one thing, China is not contiguous to the polar regions. There is still room for China to catch up with developed countries such as the US and some European countries. It is urgent to strengthen our capabilities in observing and surveying the polar regions, for the findings from these endeavors are the prerequisites for conducting further research.

First, there is a need for architecting the ground-based monitoring network in the polar regions. This is very important for the validation of satellite-based estimates. We have made headway in this aspect, though it is far from being adequate.

Second, our polar studies and explorations depend strongly on other countries' satellites. It is very important to build self-owned spaceborne and airborne polar observation systems, as well as the corresponding data processing system.

Q: What are some of the issues you might raise at the forum?

A: The first issue is interdisciplinarity. Taking the example of polar science, it involves not only remote sensing, but also other disciplines such as atmosphere, ocean, geography and biology. This issue is also highly pertinent to this forum's theme of plurality. Another issue is data-sharing, which is of particular importance for the polar regions for the relative scarcity of observation data. This will enormously contribute to our overall understanding of the polar regions and the rapid changes taking place there. It might involve collaboration between different organizations among different countries. I might share my thoughts on regulations and services regarding data-sharing at the forum.

Q: In what ways could this forum promote your future research?

A: I think the exchange of ideas among researchers across different fields and entrepreneurs will be hugely instructive for me. The theme of the forum this year is "Innovation for a Better Life of Mankind." I hope to gain insights into the future trends in technological and interdisciplinary development, so that my research might contribute more to the sustainable development of human society.