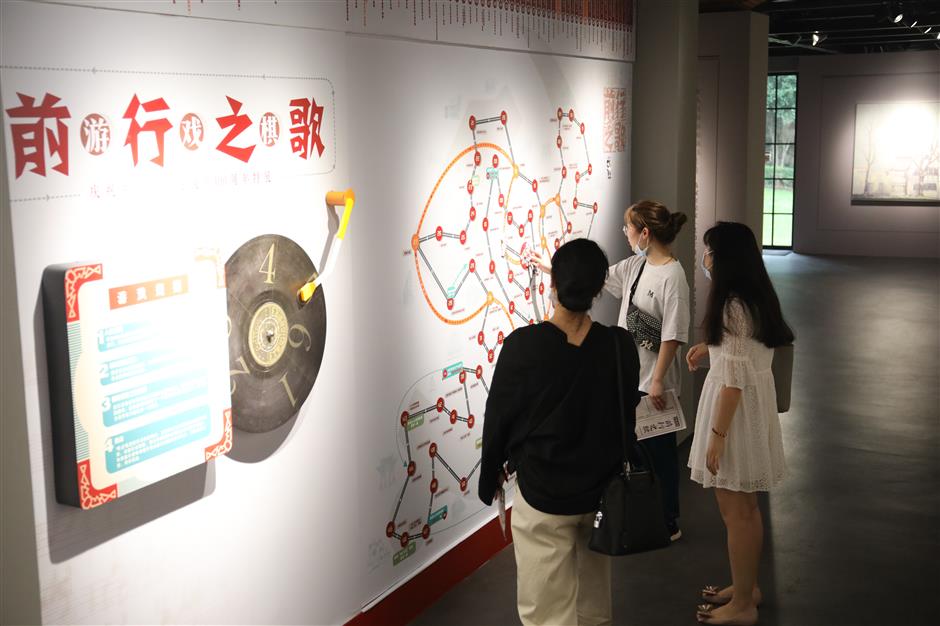 Visitors learn about sites related to Xuhui District's revolutionary past via games. 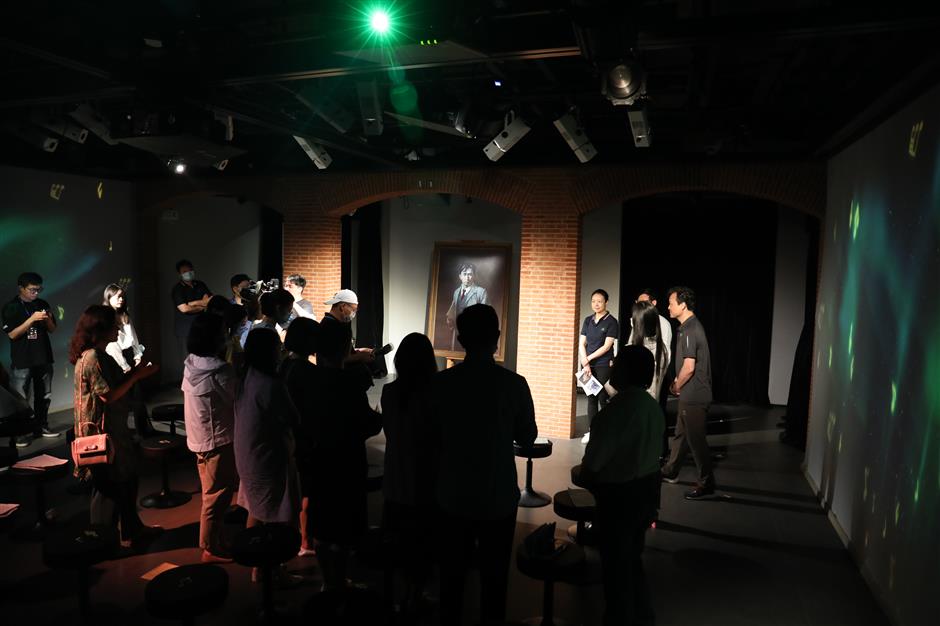 An exhibition celebrating the 100th anniversary of the founding of the Communist Party of China opens at Xuhui Art Museum on Friday. It will take visitors on a journey to learn the stories behind revolutionary heroes and architecture in Xuhui District with revolutionary music created in the district as a highlight.

An immersive multimedia performance will take center stage. Blending music, painting and drama, it breaks the restrictions of a traditional stage.

Performers will stage 360-degree performances and audience members will be invited to interact with performers to push the development of plot.

It takes the audience on a journey through time to the 1930s to experience the city's revolutionary past accompanied by several musical pieces by Nie Er (1912-1935) such as "March of the Volunteers," China's national anthem, which was recorded at a three-story brick-and-wood garden villa in Xuhui, once the cradle of Chinese musical history.

It was originally the theme song of the film "Sons and Daughters in a Time of Storm." 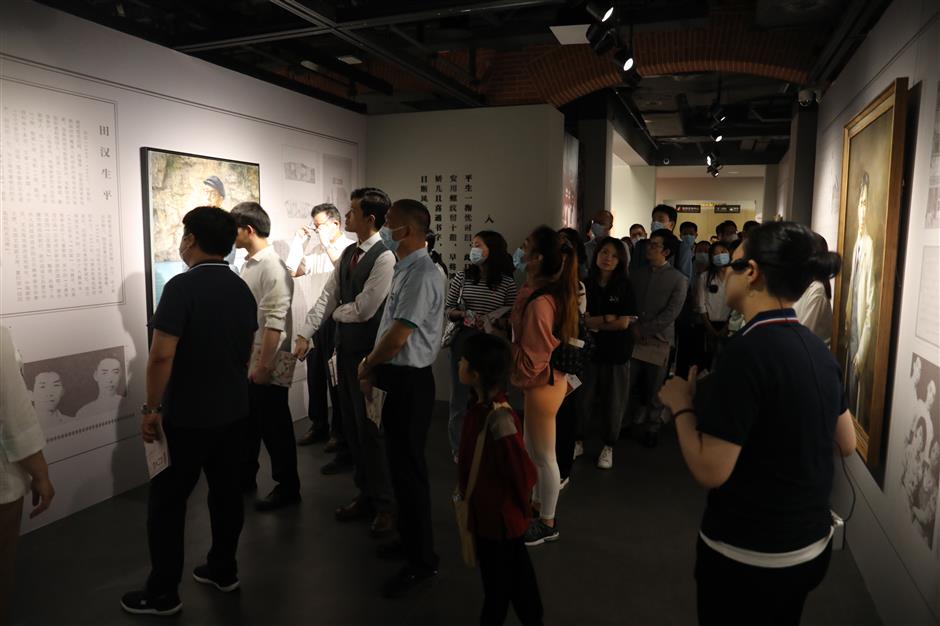 Visitors at an exhibition preview on Thursday. 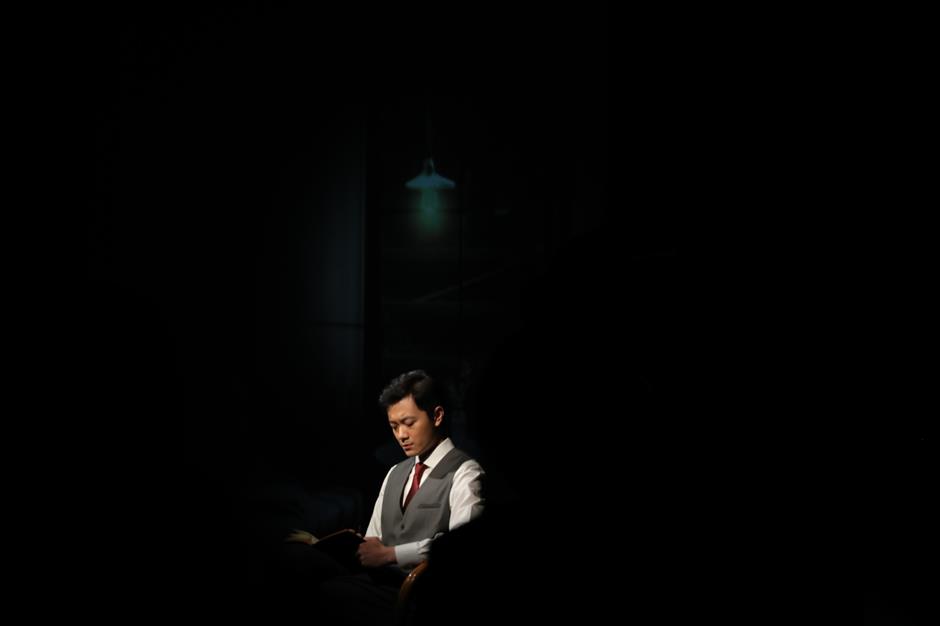 One of the participants in the immersive multimedia performance.

The museum, in a three-story Western-style building on Huaihai Road M, was built in 1933 as Hongying Library with a wealth of cultural and historical materials. It became the art museum in 2005.

The exhibition's theme is presented through old newspapers redesigned with precious images and documents.

These newspapers contain a large number of puzzles about revolutionary heroes and architecture, inviting visitors to solve them.

A huge chess board at the exhibition links "red" tourism resources of the city, and visitors are invited to walk into history.

"The exhibition is a new try because it is more than a display, but a secret room for visitors' exploration as well," said Jiang Yan, deputy director of Xuhui's culture and tourism bureau.

"We hope to attract the participation of more young people to learn of the district's revolutionary past," she said. 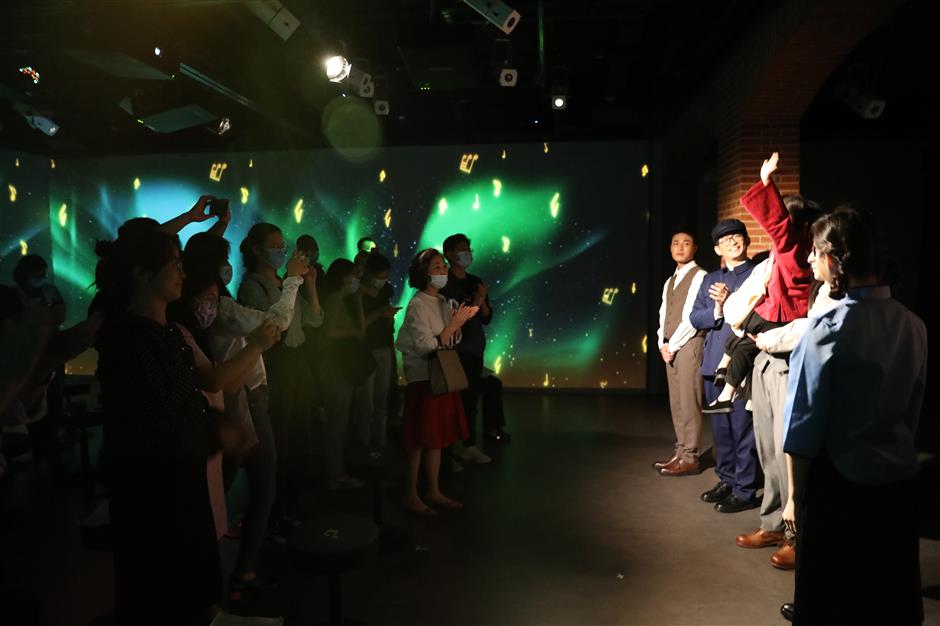 Audience and performers during the immersive performance. 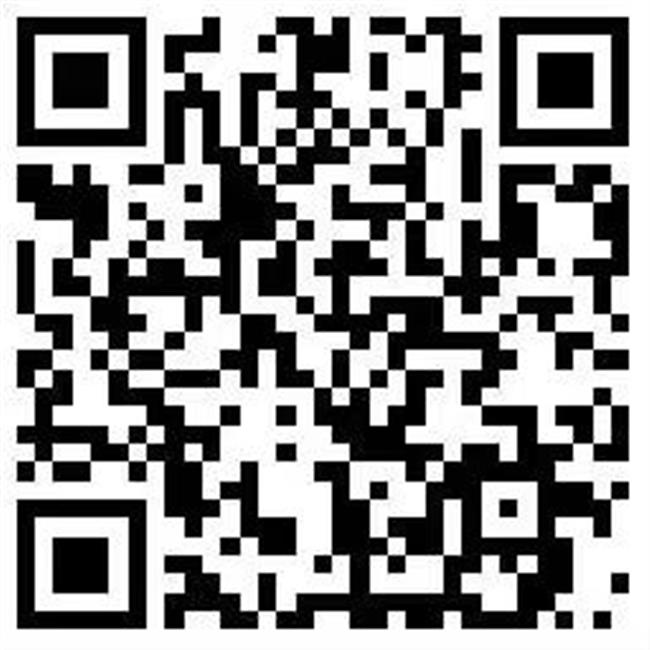 Reservations can be made by scanning this code.

The showcase also features exhibits related with historical buildings in Xuhui such as Pathe Villa and former residences of poet and playwright Tian Han (1898-1968) and playwright Xia Yan (1900-1995).

Built in 1921, Pathe Villa once housed the studio of Pathe Records and was the birthplace of China's recording industry.

It has been unveiled as one of the city's first group of immovable revolutionary heritage sites in the district.

Jiang said the bureau is working with Shanghai International Studies University to provide bilingual services to people when they tour the district's historical buildings by scanning a QR code.

Visitors can read the texts, view new and old pictures, listen to audios and watch videos of virtual tours simply by scanning a QR code with their smartphones.

The exhibition will run through October 7 at 1413 Huaihai Road M.

Admission is free. Reservations are required if people want to watch the music sitcom, which is also free.