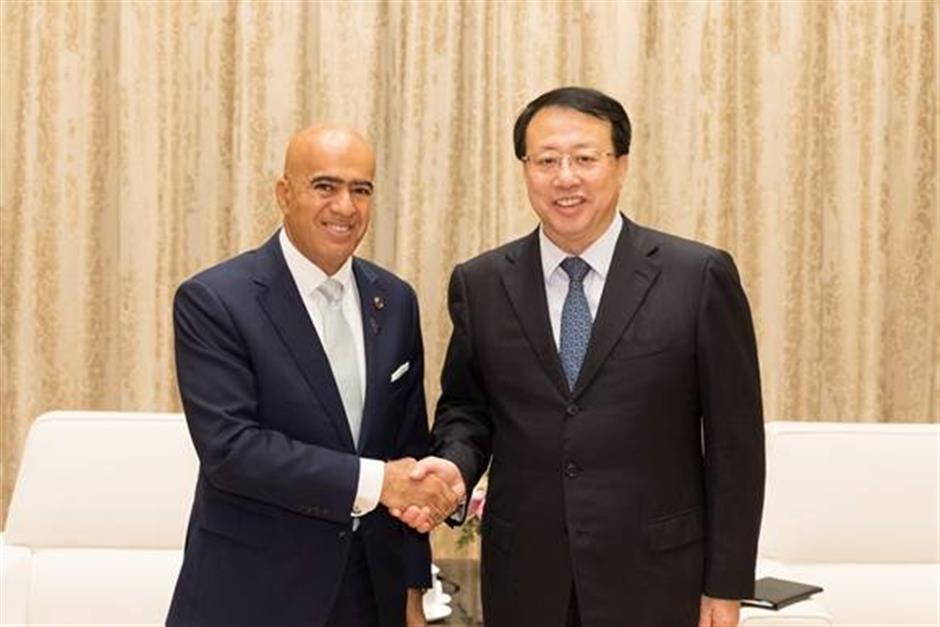 China and the UAE are comprehensive strategic partners, and cooperation between the two countries has been continuously deepened in various fields. Shanghai has always attached importance to exchanges and cooperation with the UAE, Gong said.

Since establishing a sister city relationship with Dubai in 2000, fruitful cooperation in the fields of finance, trade, urban construction, and culture has been carried out between the two cities, the mayor noted.

"As the front window of China's reform and opening up, Shanghai is deepening its construction of Five Centers and a modern international metropolis. The UAE has a lot of development experience that Shanghai can learn from. It is hoped that the two sides will take the opportunity of jointly implementing the Belt and Road strategy to create more cooperation highlights in technological innovation, smart cities, and artificial intelligence, and promote mutually beneficial cooperation," Gong added.

Al Dhaheri congratulated Shanghai on its great achievements in economic and social development.

He said that relations between the UAE and China have entered a golden period, with fruitful results in bilateral trade and vaccine cooperation. The ambassador hoped that both countries will further strengthen cooperation in the fields of AI, advanced materials, biotechnology, health care, climate change, and environmental protection.