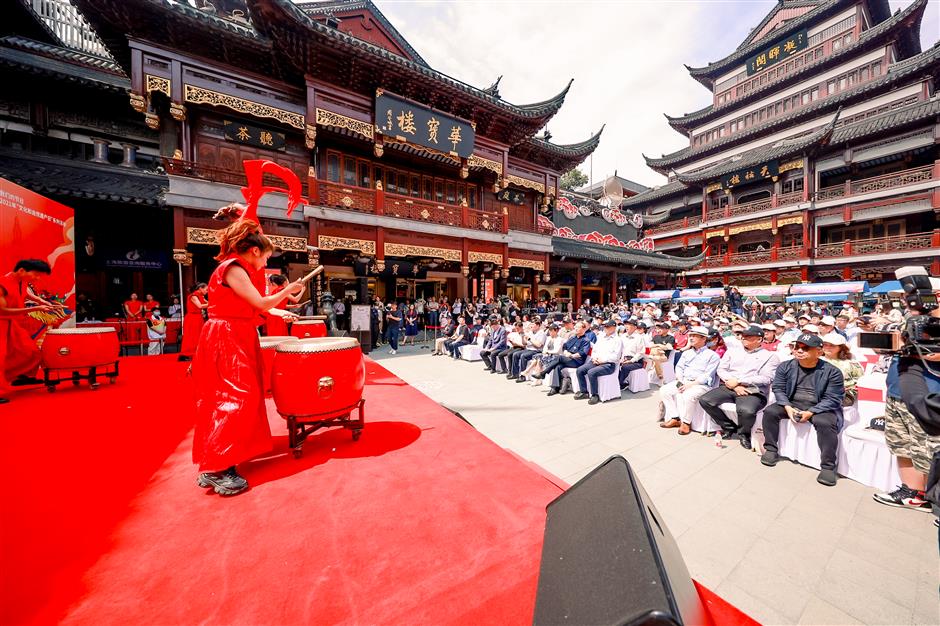 Traditional drum and dance performed at the Yuyuan Garden Malls.

More than a dozen Shanghai heritage skills are being showcased at the Yuyuan Garden Malls over the weekend in the lead up to China's annual Cultural and Natural Heritage Day, which falls on June 12 this year.

Masters of the listed city and national intangible cultural heritages performed the traditional skills and talked with visitors at the mall.

The dining and shopping facilities near the historic garden originated from a prosperous market of the City God Temple some 140 years ago.

The event also marks the beginning of the Cultural and Natural Heritage Day event of Huangpu District, which has been developing and protecting the traditional skills among the citizens. Most of the skills originated from the malls and became popular across the nation. 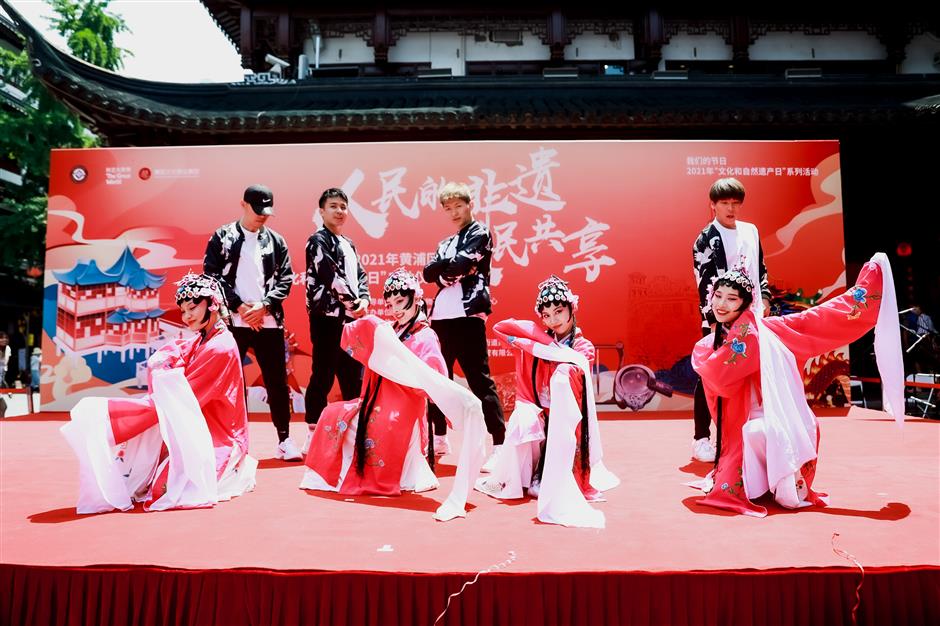 Performers of the traditional Kunqu Opera perform with street dancers.

The most popular traditional skills are being exhibited at a bazaar at the central square of the mall over the weekend.

A masterpiece of grain painting, a newly listed skill of Huangpu, was unveiled on Saturday featuring Beijing's Tian'anmen Square and Shanghai's shikumen, or stone-gate residence, marking the revolutionary progress led by the Communist Party of China.

"There are 13 intangible cultural heritages in the Yuyuan Garden Malls, including two national-level skills – the Spring Festival Lantern Fair and cooking skills of the Shanghai Classic Hotel," said Ni Qiang, vice president of the Yuyuan Inc, owner of the malls. 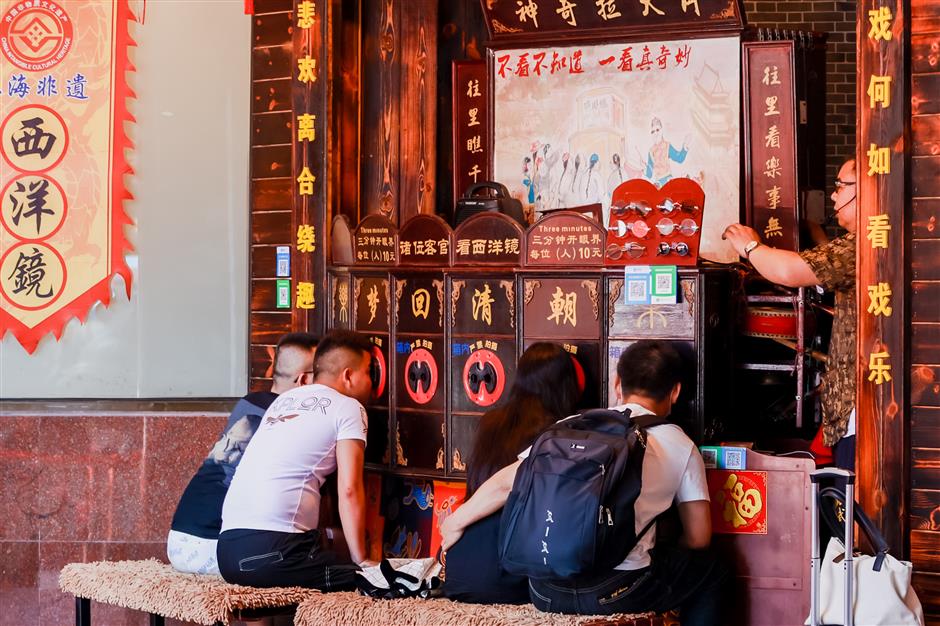 Other intangible heritages include the Nanxiang steamed buns, spiced beans,  temple fair of the City God Temple and tea art of the Mid-lake Pavilion.

Some masters and artists presented a traditional performance at the malls on Saturday, which marks mangzhong, or Grain in Ear, signifying the maturing of wheat crops in summer.

China started to celebrate cultural heritage day on the second Saturday of June in 2006. In 2017, it was renamed Cultural and Natural Heritage Day. This year's event is themed "People's Intangible Cultural Heritage Shared by People." 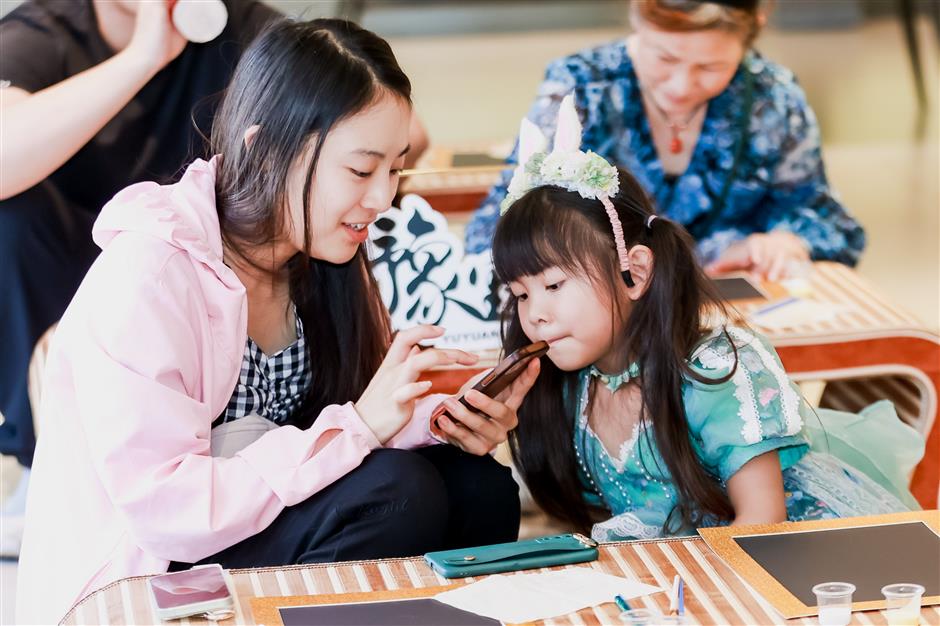 A child studies the traditional paintings of the 24 solar terms at the Yuyuan Garden Malls.