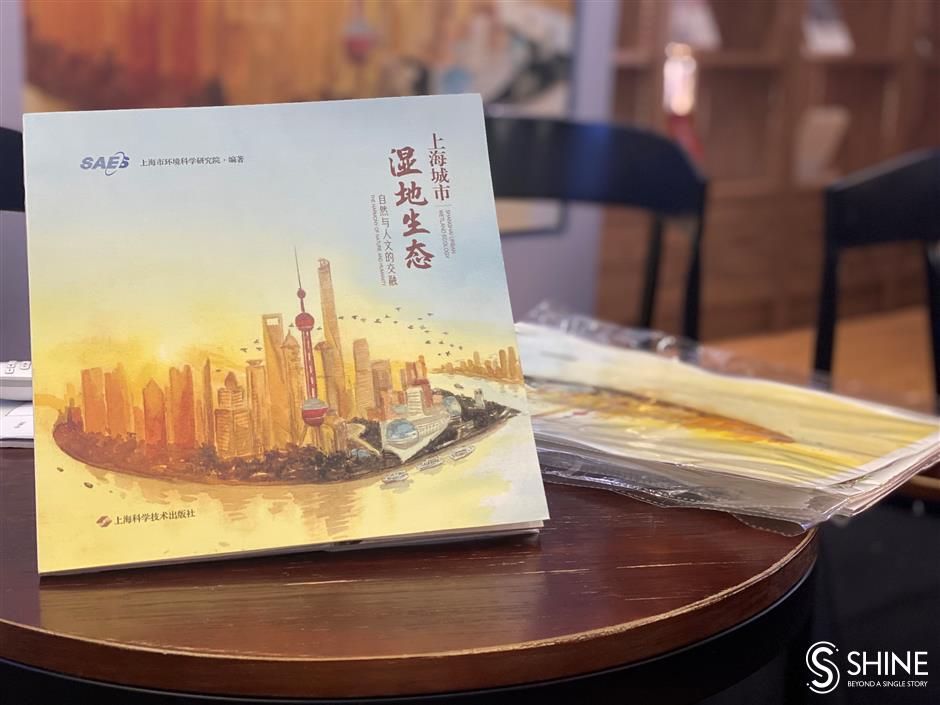 The book is displayed at the sharing meeting.

A book about Shanghai's urban wetland ecology with detailed pictures was released on Sunday by a city's environmental research institute in Xuhui District.

The book, titled "Shanghai urban wetland ecology: The harmony of nature and humanity," has five sections including wetlands and the city, various wetland types, creatures nurtured by wetlands, wetland ecosystem services, and important wetland and their distribution.

Eight creators from the Shanghai Academy of Environmental Sciences contributed to the book.

"The idea of creating the book started five years ago," said Wu Jian, the leading creator. "After upgrading and integrating our four internal picture books, we present the essence to readers in this book." 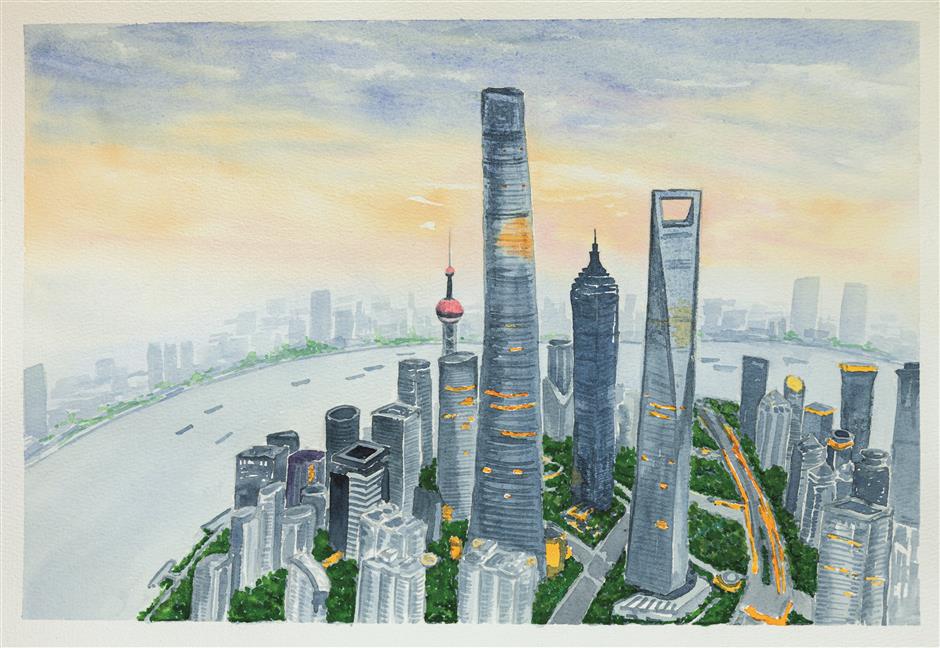 During the sharing meeting, Chen Jie, one of the illustrators, presented some interesting stories about how to translate the imagination of the creatures living in a wetland into a picture.

"At first, I could only know the appearance of some fish from photos, but I have no idea of the size," Chen said, "I was shocked the first time I saw a herring! It's so big!" 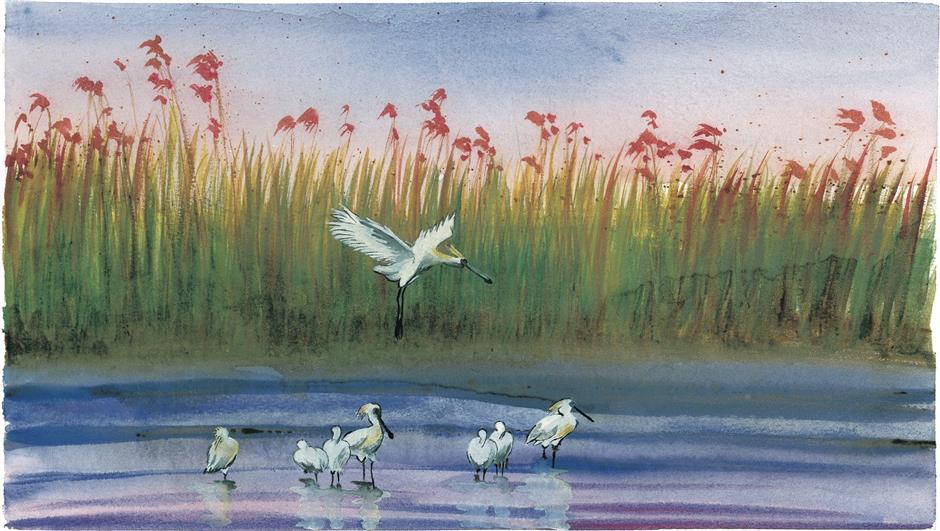 The book's orientation is to allow readers to explore the various wetlands in Shanghai, and to be familiar with the wetland biological groups such as aquatic plants, benthic animals, amphibians, reptiles, fish, and birds that live next to us, said Wu.

The book can present its readers a more visual and precise understanding of the eco-system service functions such as supply, regulation, support, and culture. It also helps readers understand the "temperature and humidity of a city", according to the creators.