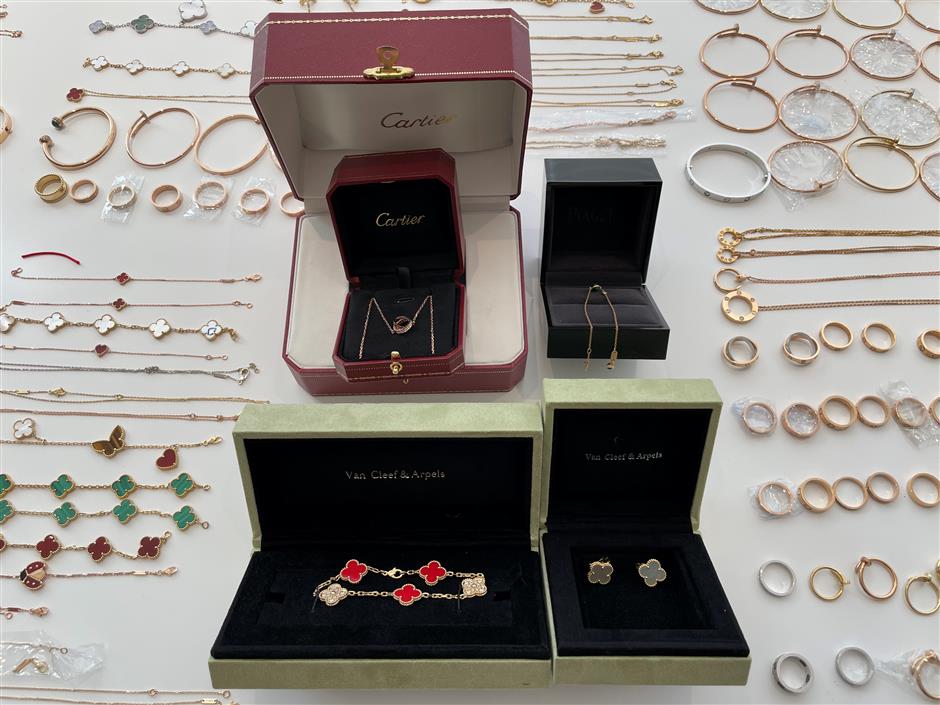 Fengxian Public Security Bureau in Shanghai received reports from many people about jewelry of international brands they purchased from the Internet which they suspected was fake, in October, 2020. After sending the products to be authenticated, police confirmed they were fake.

Police located the person who was running the online shop, surnamed Zeng, the chief of the gang, based in Shenzhen, China's south Guangzhou Province, after tracking the money flow on Wechat.

Police found that Zeng, together with two people, name Xiong and Yu, ran processing factories in Longgang and Luohu districts in Shenzhen. They purchased raw materials from a person surnamed Huang, then processed them into the replicas of luxury ornaments. Another person, surnamed Zeng as well, was set up to operate 30 online shops to sell the fake ornaments for profit.

Recently, 24 suspects, including Zeng, were arrested in Shenzhen by the Shanghai police with the cooperation of local police.