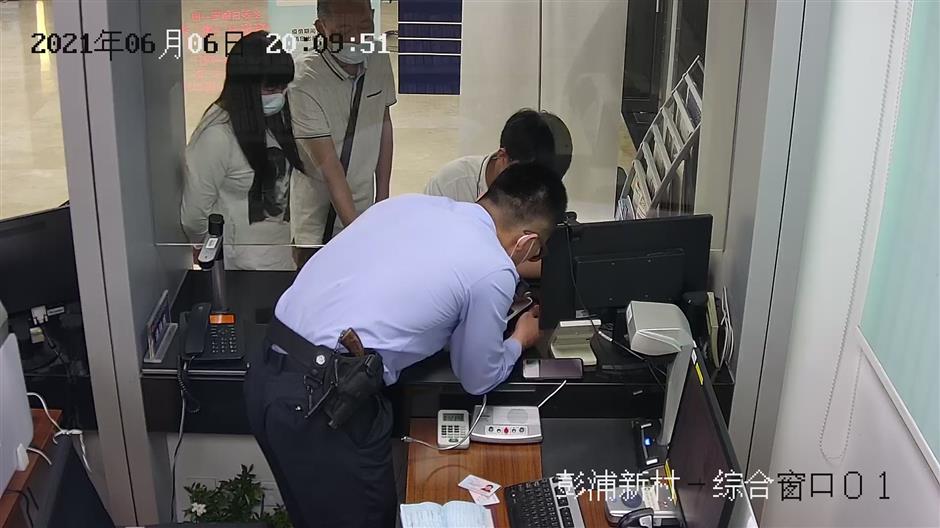 A police officer issues a student with a temporary ID card.

Shanghai police are on standby to help students with any emergency during gaokao, the annual college entrance examination, they said on Monday.

Unexpected situations arise every year before the examination, including lost ID cards and going to the wrong exam venue.

A man surnamed Deng who lives in Baoshan District, went to the Pengpu New Village Police Station of Jing'an Public Security Bureau at 8pm on Sunday to ask for help because his son had lost his ID card. The officer on on duty issued a temporary ID card within 30 minutes.

A girl turned to police for help at 8:50am on Monday outside Yangpu Senior High School saying she was in the wrong place.

Ni Jiahui, a traffic police officer, escorted the girl to the site named on her attendance ticket after confirming her information with the traffic command center.

But halfway there, the command center told Ni she hadn't gone to the wrong venue but had the wrong attendance ticket.

Ni rushed the girl back and they arrived at the right place at 9am.