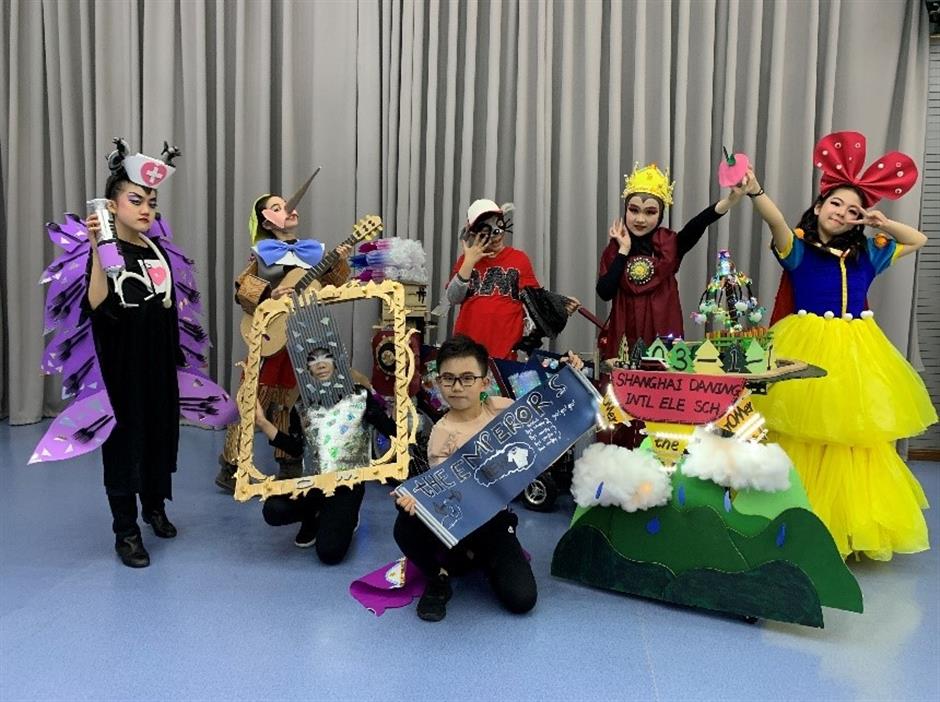 Odyssey of the Mind, an international creative problem-solving program that engages students in long-term and impromptu problems, was held online for the second year to allow teams to participate from around the world who wouldn't otherwise be able to travel due to the pandemic. It attracted 874 teams including 140 from China.

Problems students could choose from included designing and building a ride-on vehicle that takes a charater on an adventure in search of humor; creating a performance that includes a virtual reality world; designing and build a structure from only balsa wood and glue that holds as much weight as possible after it is used to trap a moving object; helping a superhero escape from peril; and creating and present a humorous performance about a magical pair of glasses that make people look like animals.

This year, the competition opened its impromptu-problem challenge to kindergarten students for the first time. They needed to give 35 creative answers in 20 minutes, a big challenge for them.

Shanghai Daning International Elementary School won gold in the primary school division by solving the vehicle problem. They designed and built a vehicle driven by rubber bands. There was a smiling face on their car and they could make the eyebrows, mouth and eyes move by pressing three buttons. Laughter was made by a drum hit by a drumstick driven by a rotating iron sheet. A white ball running from the top can trigger three effects – lights turned on, a photo coming out and a yellow ball popping out.

Shanghai Yuepu Experimental School team won a gold medal in the middle school division in the same problem with a vehicle driven by gravity.

China has taken part in the event for 34 years and has won 69 championships in total.

This year, the Shanghai Association of Odyssey of the Mind has developed an innovative course for local schools with project-based learning programs to help them organize activities to cultivate students' curiosity in science.