The 8,742 complaints and tip-offs were an increase of 6.7 percent from the same period a year earlier.

Among them, 5,411 were related to air pollution, accounting for 61.9 percent of the total.

Among the 5,411 complaints and tip-offs, industrial exhaust complaints accounted for 51 percent and waste gas from the catering industry 40.5 percent.

Another 1,176 regarded noise and 366 over water pollution, followed by solid waste pollution and pollution from electromagnetic radiation.

Twelve companies located in Minhang, Qingpu and Jiading districts and the Pudong New Area received more than 10 complaints each, mostly related to industrial exhaust and waste gas produced by the catering industry.

From today through Friday, heads of the Shanghai Bureau of Ecology and Environment and district bureaus of ecology and environment citywide are answering calls at 12345 in response to residents' concerns. 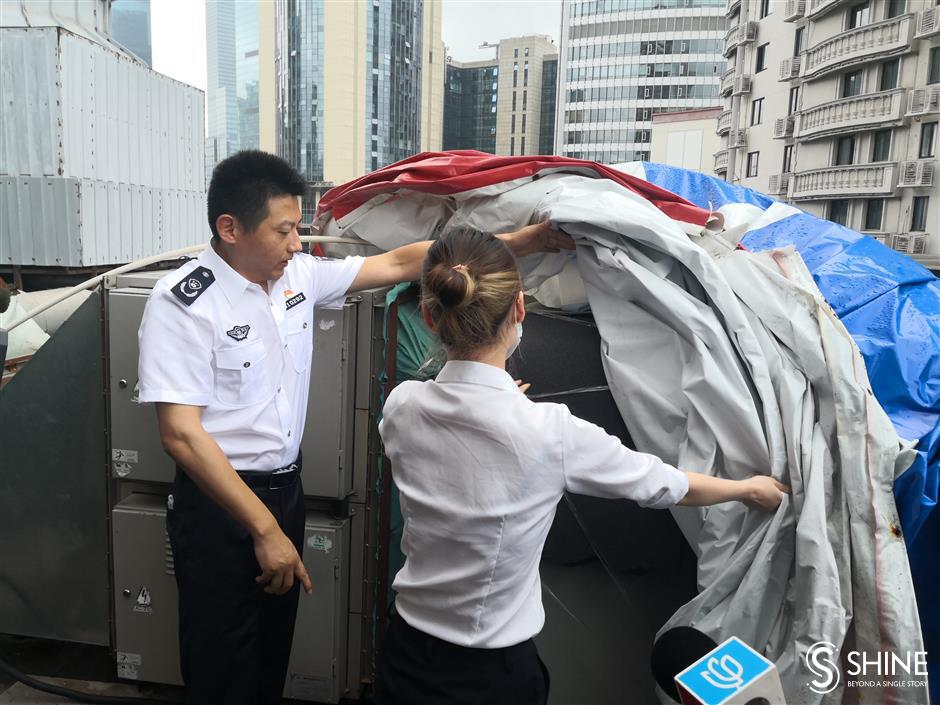 An official with the Jing'an District Bureau of Ecology and Environment inspects the rectification of a hotpot restaurant today.

A resident living on downtown's Yuyuan Road sought help via 12345, complaining about excessive noise from a hotpot restaurant downstairs made day and night.

Officials found the noise came from a kitchen fan that operated 24 hours a day.

"It will wrap the machine with a special sound-insulation material by the end of this month, and the resident who complained and has an infant at home expressed satisfaction over the solution," he added. 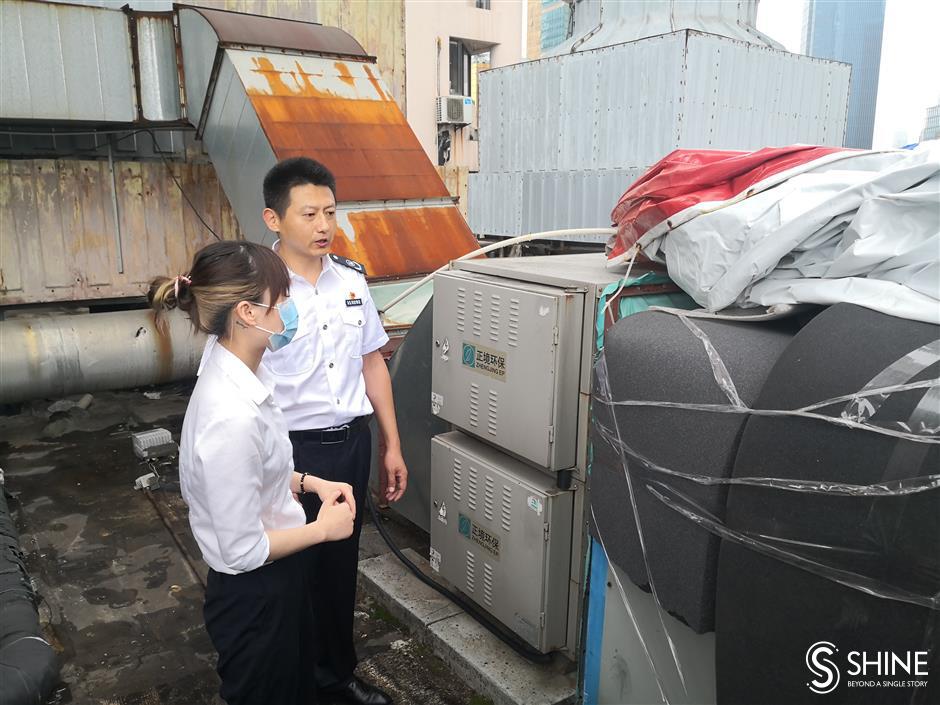 An official with the Jing'an District Bureau of Ecology and Environment helps an employee of the hotpot restaurant resolve the situation.

Whistleblowers who alert authorities about major environmental violations are eligible for rewards of up to 500,000 yuan (US$78,369) beginning on June 5 from the previous ceiling of 50,000 yuan.

The increase is based on an amended version of the Shanghai Ecological and Environmental Violation Tip-off Rewards Rule.

Between 2016 and the first half of this year, 109 people received rewards totaling 339,800 yuan; the highest individual reward was 20,000 yuan, according to the Shanghai Bureau of Ecology and Environment.

The amended version aims to encourage tip-offs to help authorities locate and crack down on irregularities more efficiently.