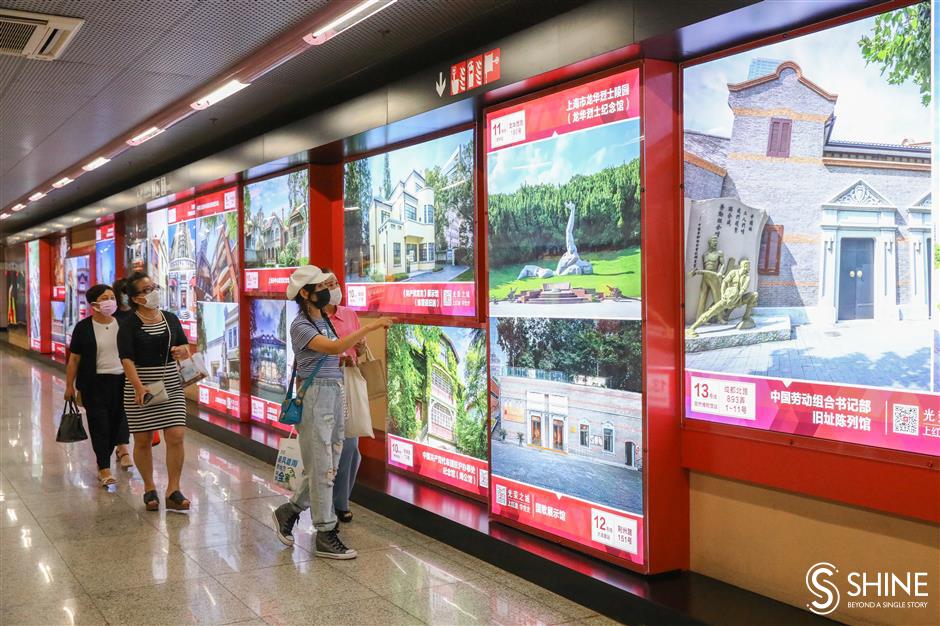 People look at photographs on the exhibition.

Shanghai's subway operator launched a series of exhibitions at downtown stations on Tuesday, along with newly released memorial tickets and free maps, to mark the 100th anniversary of the founding of the Communist Party of China.

At People's Square station a number of "Centennial" trains were introduced on Metro lines 1, 2 and 4, which run beneath landmark Party sites.

The exhibitions are being held at Metro stations near 25 Party sites, such as the newly opened Memorial of the First National Congress of the CPC and the former residences of Chairman Mao Zedong and Sun Yat-sen.

Memorial maps are seen at the stations.

An updated subway map has also been released, highlighting the Party sites and nearby stations.

There are photo exhibitions and memorial corridors at People's Square, Shaanxi Road S and Xintiandi stations.

An exhibition on the history of shipping industry in China can be found at the Shaanxi Road S station. Six ship models are on display.

Memorial subway tickets will be released from July 1.

More themed trains will run on lines 2 and 10 in the future.

"I think the memorial exhibition is very meaningful," said Xu Bin, a female passenger, 52, "Shanghai is the birthplace of the CPC. Every resident in Shanghai should pay more attention to the history of our revolution," she said. 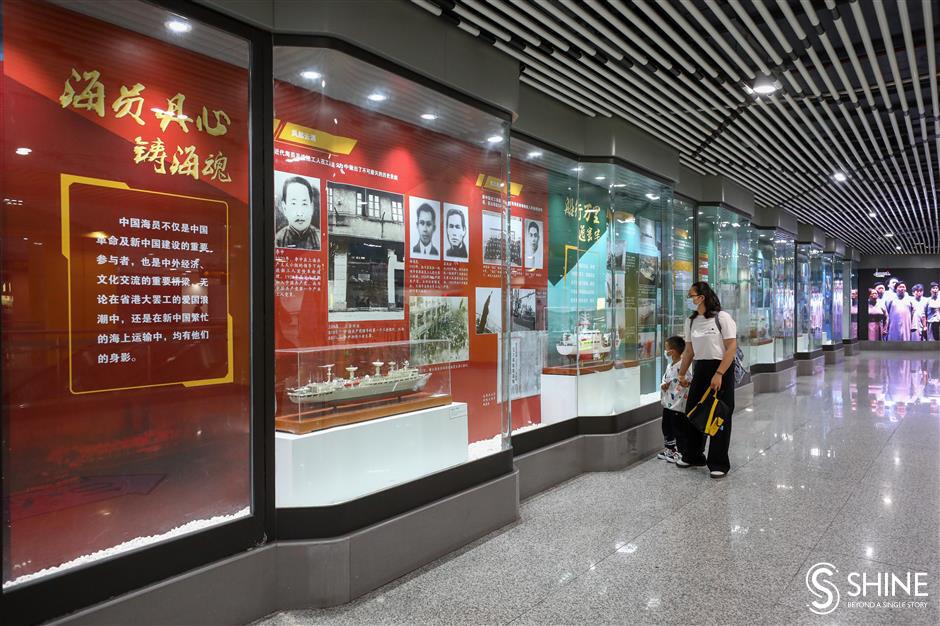 Passengers look at ship models on display at the Shaanxi Road S station. 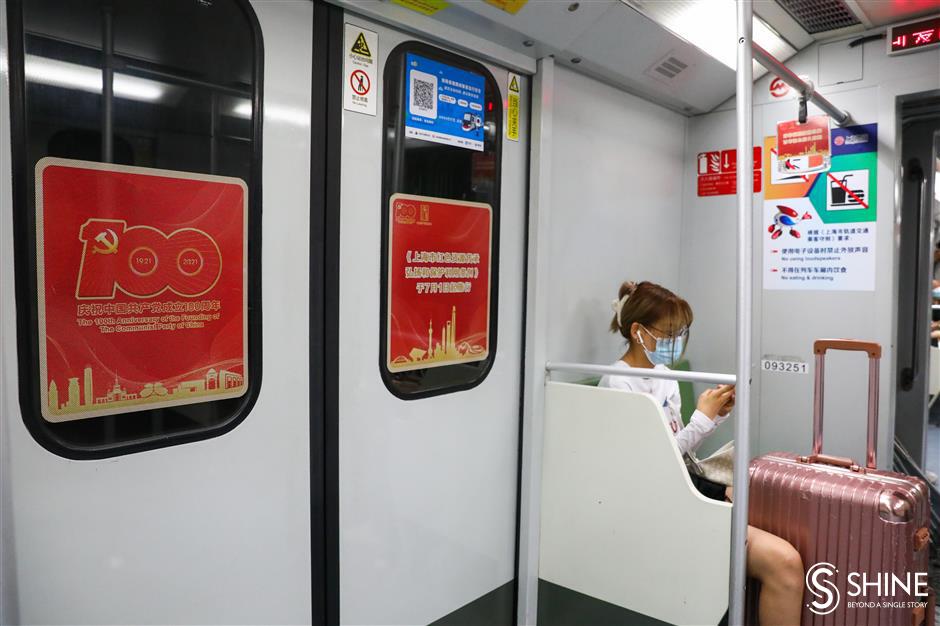 A carriage decorated with memorial elements.