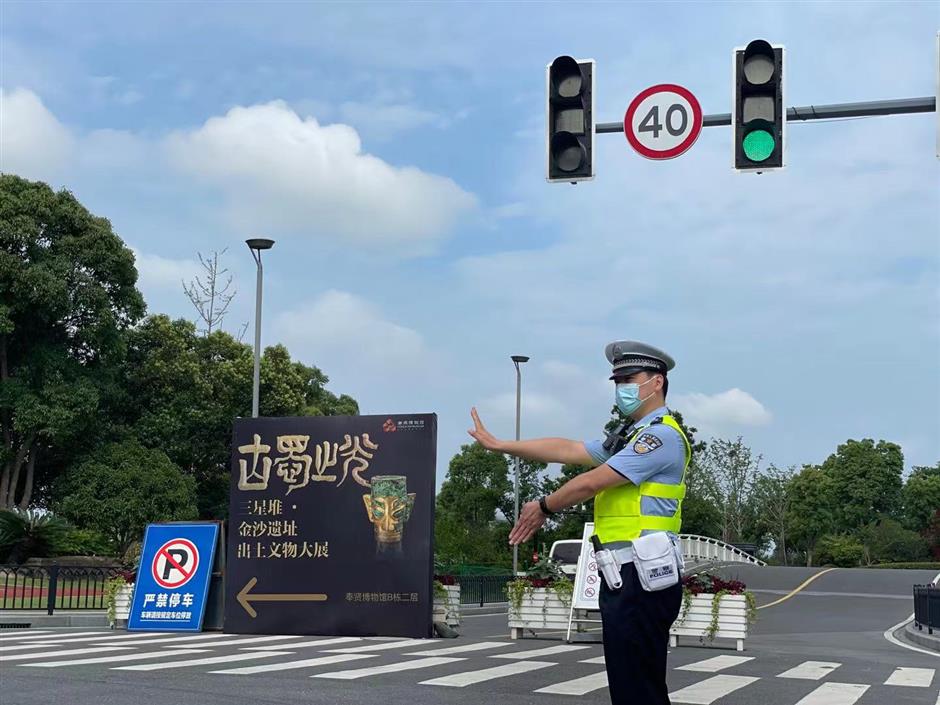 A traffic policeman directs traffic near the museum.

Shanghai police have taken a number of measures to ensure security during an exhibition of Sanxingdui-Jinsha ruins at Fengxian Museum.

They added parking places, are deploying more officers and have put up warning signs near the exhibition hall, police in Fengxian District said.

A temporary parking lot with around 800 spaces has opened to the east of the museum about 100 meters away, making a total of more than 1,500 spaces available.

The number of officers on duty will be based on bookings for the exhibition, especially during the upcoming Dragon Boat Festival holiday.

Monday saw more 1,200 visitors who had made reservations online. Based on bookings, that will rise to 3,000 during the Dragon Boat Festival holiday which will start on Saturday.

The exhibition, with more than 130 artifacts on display, runs through the end of August.