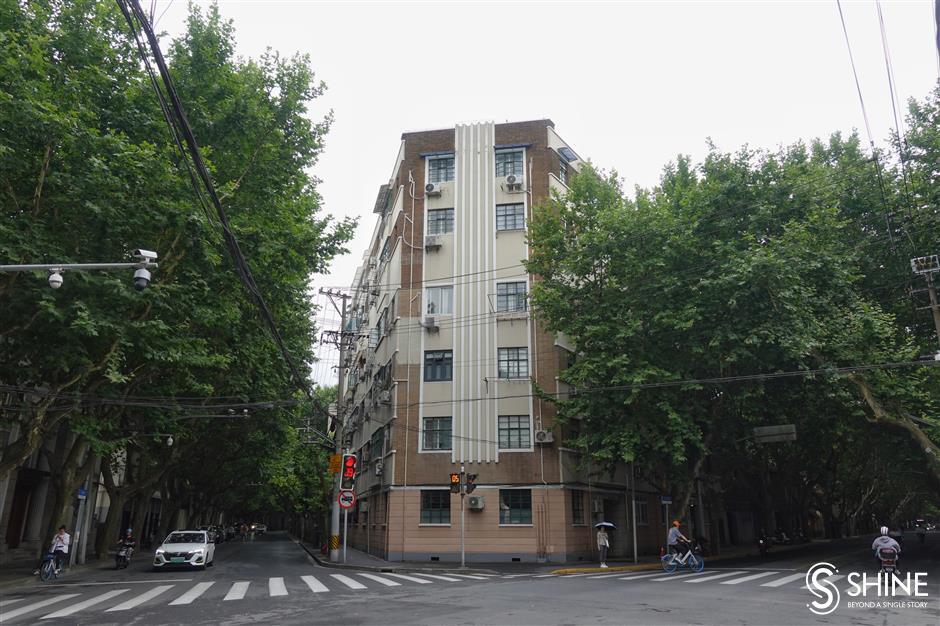 Facial recognition and other smart security facilities have stopped photographers from sneaking into an over 80-year-old downtown apartment building, once a major concern for residents.

Soon, swarms of photographers and tourists were taking all kinds of measures to get inside. 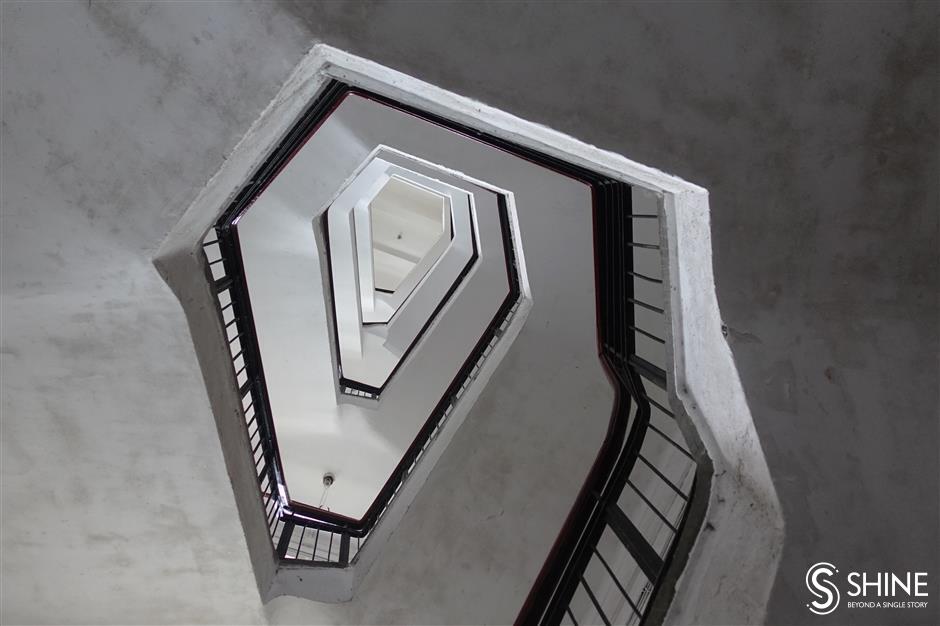 The diamond-shape stair inside the building

One resident complained she felt like she was living in a huge photo studio over the past three years, often encountering cameramen, models and directors in the public space.

Warning signs aimed at deterring strangers can be seen on doors.

"It has been quite a long time that so many people have come and took photos here," a resident who lives on the fourth floor of the building said. "Sometimes, strangers came from morning till night.

"They put on make-up with dishevelled hair and sometimes sit at the end of the stairs which is terrifying at night," she said. "These people also produced a lot of rubbish and did not take it away, making a mess in the corridor."

The situation has become better after smart security facilities were installed, but some people still sneak into the building disguised as deliverymen or postal workers, the resident said.

"There are many elderly people in our building, and one who lives on the third floor is 99 years old." 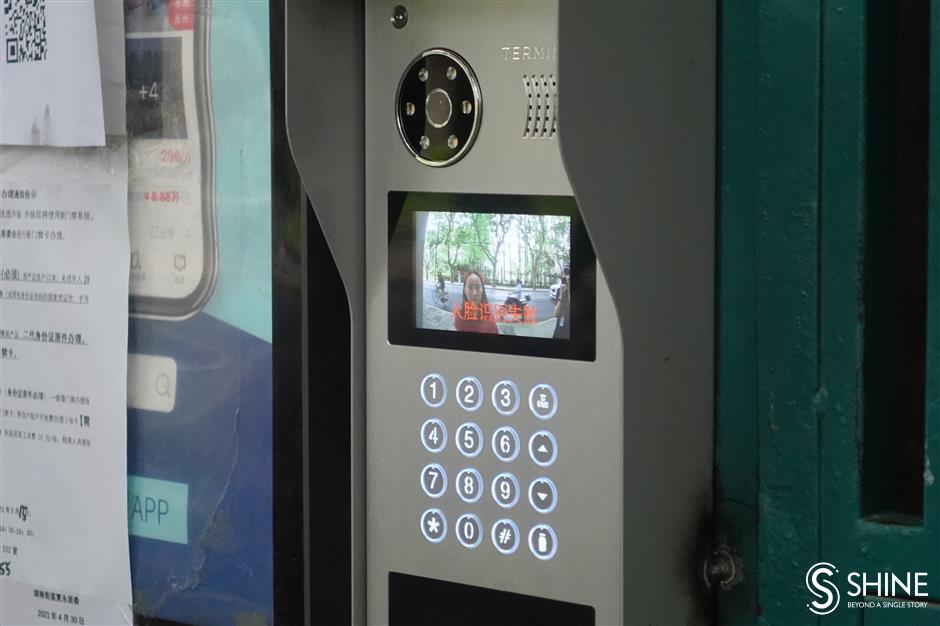 Residents now enter the building by scanning their faces, while surveillance cameras can detect outsiders immediately.

Online social platforms such as Little Red Book have warned against disturbing residents.

The four-story art-deco style building was built in 1937 by entrepreneur Rong Hongyuan, the "flour and textile tycoon." Architects designed the wedge-shape building and diamond stairway to adapt to the irregular land plots in the corner of Yongfu Road and Fuxing Road W.

An additional floor was built in 1991 to accommodate an increasing number of residents. The building was listed as a heritage structure in 2015.