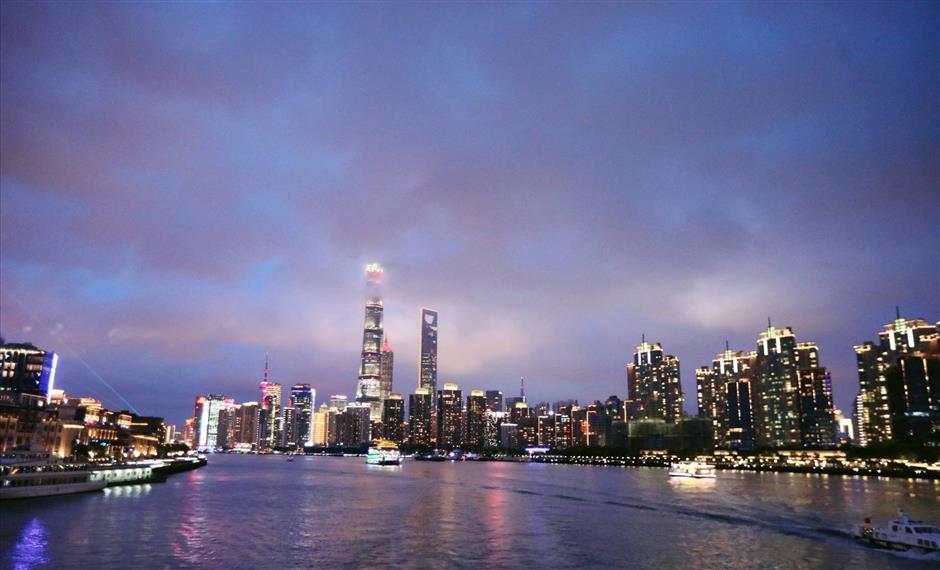 A regular hop-on, hop-off cruise on the Huangpu River is to be launched, stringing attractions along the banks of the river, the city's Huangpu River cruise operator said on Wednesday.

A timetable is yet to be announced, while a cruise ship sailing between the Shanghai International Fashion Center, once the largest textile mill in Asia, in Yangpu District and Jinling Road E. dock in Huangpu District is expected to start operation next month, according to the Shanghai Huangpu River Cruise Control.

"Only a single ticket is required and people can take the ship multiple times a day," said Wang Yi, general manager of the company.

"It aims to connect attractions along the river and enrich tourists' experiences," he said. 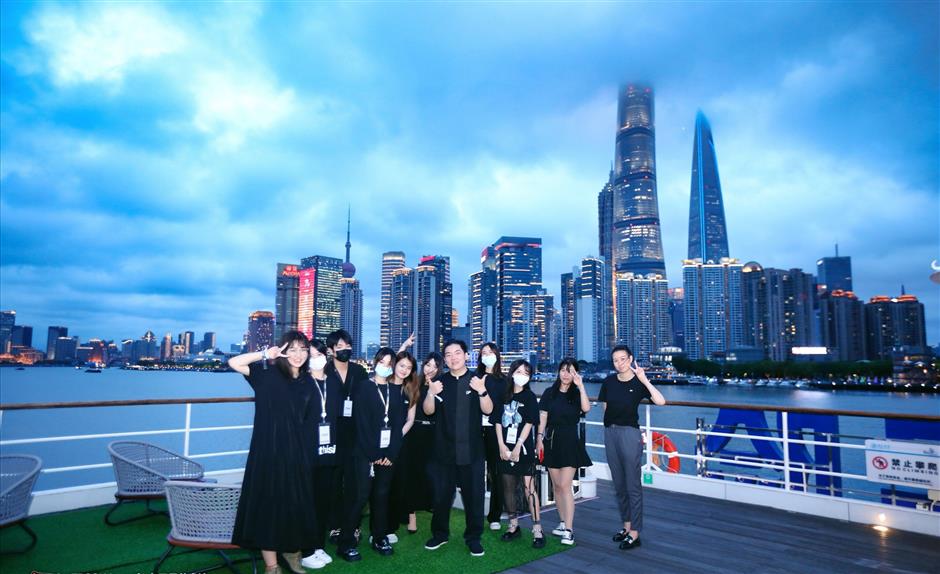 People enjoy a cruise on the Huangpu River on Wednesday.

Meanwhile, people who experience the city's iconic Huangpu River cruise tour will be treated with a splendid night view of the Bund and a cultural and art flavor at the same time from Wednesday.

A new Huangpu River cruise tour package combines both cruise and onshore trips, part of the city's latest efforts to make cruises on the landmark river a world-class attraction and create a world famous tourist destination.

The tour includes a visit to teamLab Borderless Shanghai, an art tourism landmark on the waterfront, and a cruise trip on the river with afternoon tea or dinner buffet.

Featuring a collection of 50 teamLab original artworks and interactive installations, teamLab Borderless is one of the most popular tourist destinations along the river.

Efforts are being made to merge sightseeing spots along the banks and offer more options for cruise trips on the river to enrich tourists' experiences.

Diversified cultural and tourism products along the river will be offered under a partnership signed by Shanghai Huangpu River Cruise Co and teamLab on Wednesday.

Ten cultural and tourism projects are on the agenda between 2021 and 2025. Among them, the Huangpu River area will be turned into a "world-class meeting room" and the Suzhou Creek areas a "city culture and lifestyle leisure belt."