As a window to China's reform and opening up, Shanghai is deepening the construction of an international center of economy, finance, trade, shipping and scientific innovation, Gong said.

"We are willing to deepen cooperation in clean energy, scientific innovation, life science, modern agriculture and financial service with Canada to have win-win development," he added. 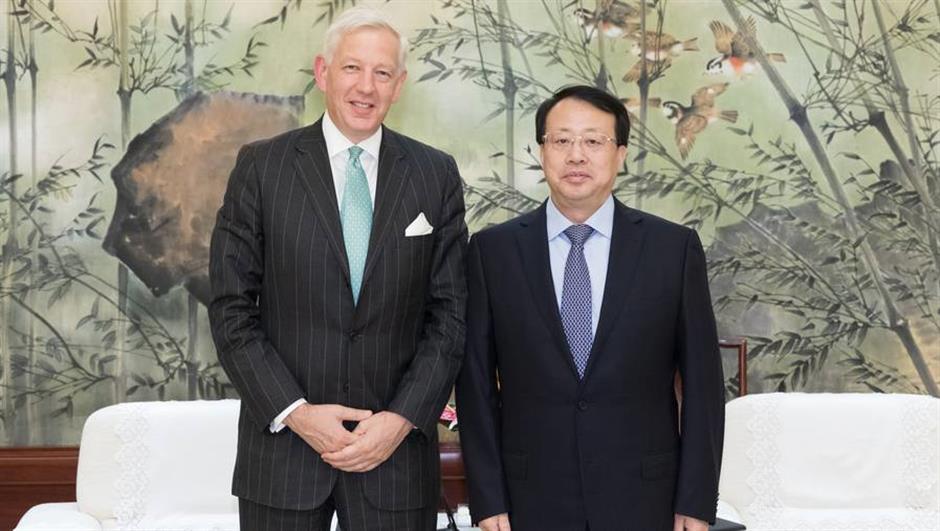 Shanghai is an important link between Canada and China, and Canada is grateful for the support from Shanghai in the fight against the COVID-19 pandemic, Barton said.

"We are willing to continue the deepening of cooperation in economy, trade and culture areas between the two nations, and we encourage Canadian enterprises to invest in Shanghai, especially in the areas of clean energy, elderly care, health and financial service," he added.

As the first international financial organization to settle in Shanghai, NDB is willing to more actively participate in the development of Shanghai, Troyjo told Gong. 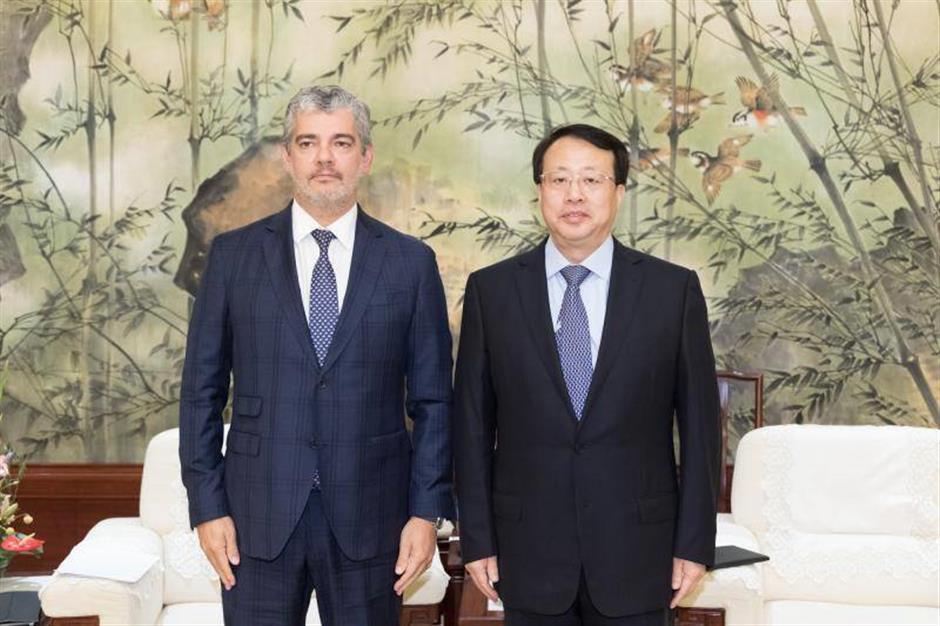 Dave Murphy, consul general of Canada in Shanghai, was also present at the meeting.