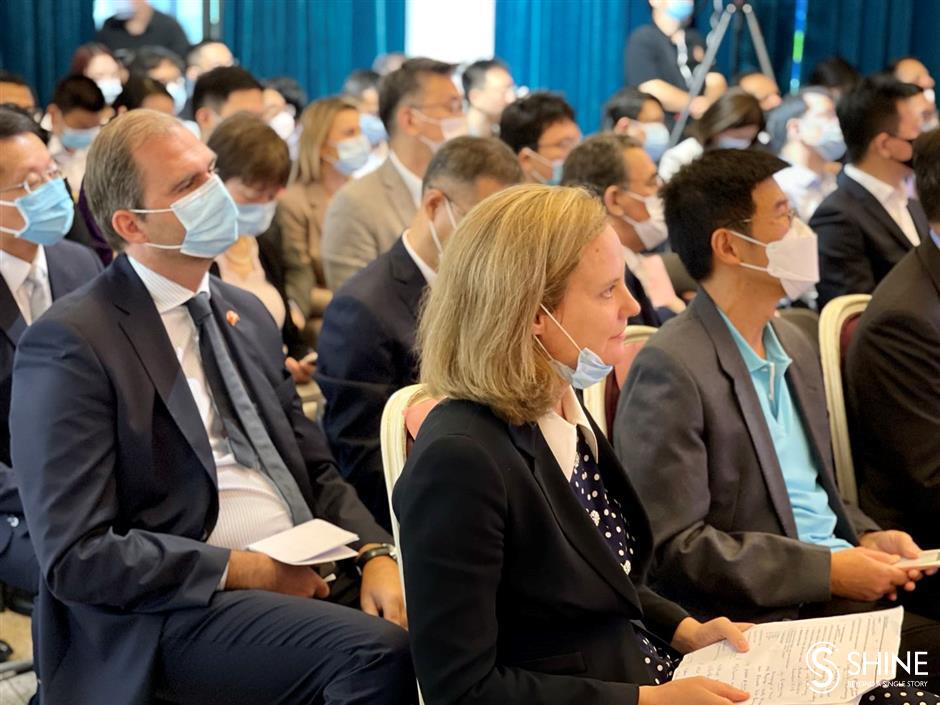 Diplomats from foreign consulates in the city, chambers of commerce officials and overseas investors at the meeting.

Foreign investors remain confident in the business environment of Shanghai, which is known for its international ambience, participants at the 2021 Changning International Investment Promotion Meeting said.

More than 70 people, including diplomats from foreign consulates in the city, chambers of commerce officials and overseas investors, attended the meeting today in search of new business opportunities.

Over 70,000 expats live in Changning, accounting for more than 20 percent of the city's total overseas population. A third of Shanghai's foreign consulates and half of diplomats' residences are in Changning.

The district aims to become a key hub for China's dual-circulation strategy, and an international district with global influence, said Zhang Wei, acting director of Changning.

Fukuda Takamoto, deputy consul general of Japan in Shanghai, said Changning is a highland for professionals due to its good business environment and strong intellectual-property protection measures. He added that local Japanese companies are focusing more on innovation.

About 40 companies from Denmark will participate in this year's 4th CIIE, which takes place on November 5-10.

Ker Gibbs, president of the American Chamber of Commerce in Shanghai, said foreign-related business in Changning is constantly developing.

"If there had been no pandemic, the actual foreign investment would have increased by more than 50 percent in the past two years, which shows that foreign enterprises are very confident in choosing Changning District," said Gibbs. 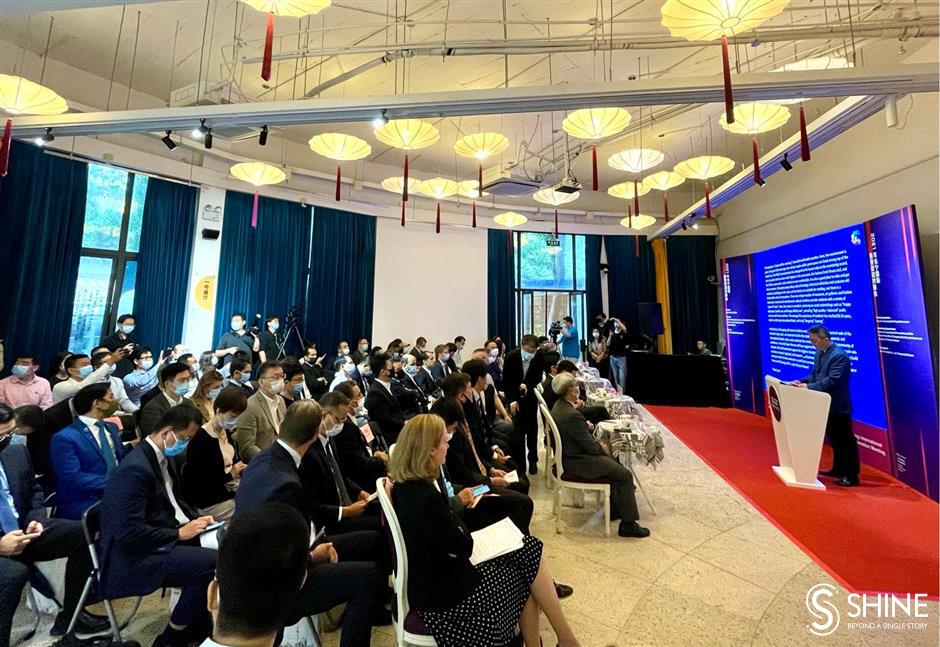