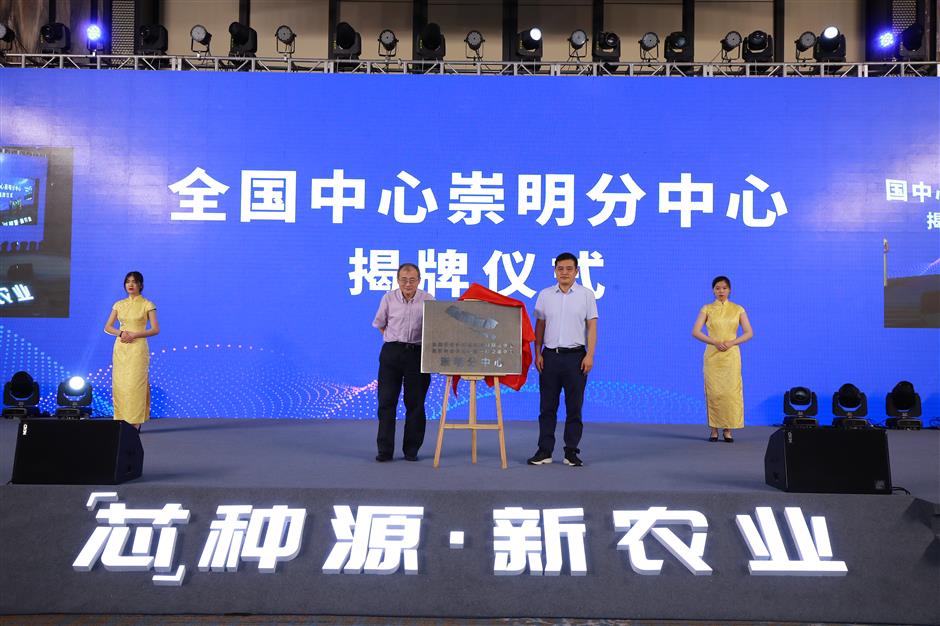 The creation of the Chongming sub-center shows that Chongming is quickly building itself into the agricultural portion of the "building Shanghai into a science and technology innovation center with global influence" campaign, according to Zheng Yichuan, deputy director of Chongming District.

The sub-center will integrate elements of agricultural science and innovation resources; build a platform for transforming and trading agricultural innovation achievements; gather the best new varieties, equipment and technologies from home and abroad; carry out road shows, exchanges and promotions of innovative achievements; and promote transactions of property rights and patent rights, exchanges and agreements between regional markets and the continuous emergence of innovative scientific and technological achievements.

As the major site for the city's implementation of the Rural Revitalization Strategy, the district will build a high ground for the development of modern, urban, green agriculture.

It will adhere to the development of key scientific and technological innovation fields, such as the breeding and propagation of improved agricultural varieties, ecological-cultivation technology, animal and plant protection, intelligent agricultural machinery, digital agriculture and achievement-transformation service. 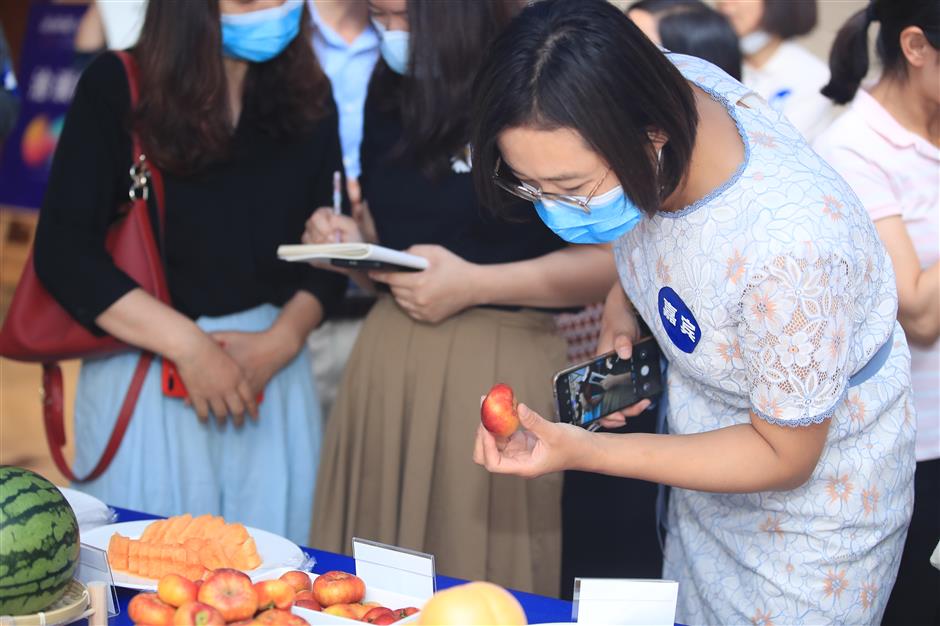 A woman checks a new type of flat peach during an agricultural seed-source exchange conference in Chongming District today. 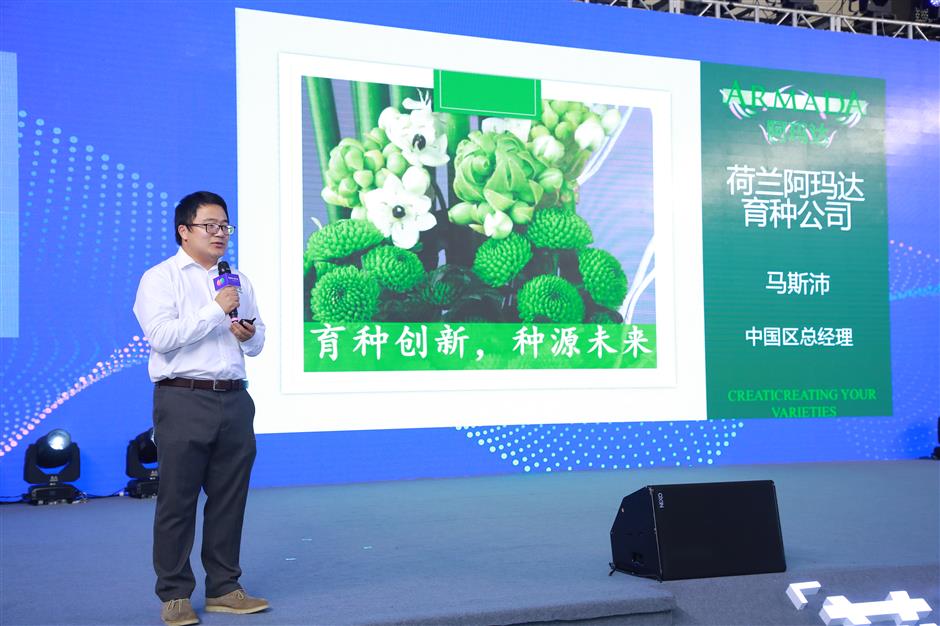 An exhibitor from the Netherlands introduces new varieties of flowers his company breeds at the agricultural seed-source exchange conference.