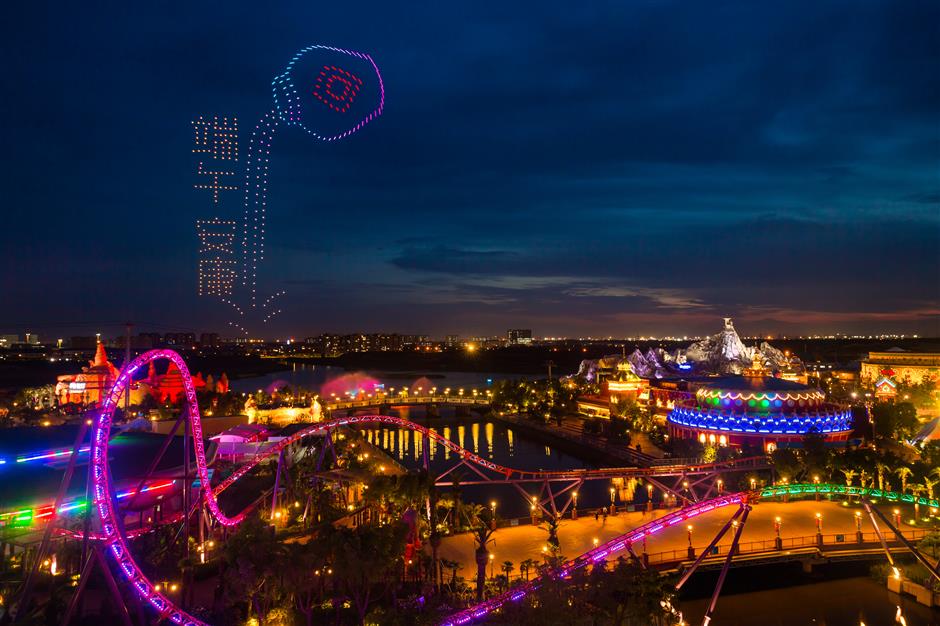 A rehearsal of part of the upcoming show.

Shanghai Haichang Ocean Park in the Pudong New Area will stage a water show with an unmanned drone performance to celebrate the Dragon Boat Festival.

It will be staged from Friday night and run through Monday.

Activities at the park will allow tourists to experience the traditional culture and customs of the festival.

People will be invited to make zongzi, a wrapped steamed glutinous rice dumpling with different fillings that is just as traditional as the holiday itself, and attach strings of different colors to them.

This year's Dragon Boat Festival in on Monday.