Artists pose in front of their artworks at the exhibition in Putuo today.

A free art and calligraphy exhibition themed around the 100th anniversary of the founding of the Communist Party of China (CPC) opened today in Putuo District.

The exhibition is taking place at the Putuo Cultural Center until July 11, and features more than 600 artworks and collections from local artists, collectors and art lovers.

The exhibits, mainly paintings and calligraphy, review the century-long history of the Party, and reflect people's outstanding contributions to the country's development.

Some calligraphy works include remarks and poems from Chinese leaders and revolutionary martyrs, while several paintings depict the Chinese revolution and the Chinese War of Resistance against Japanese Aggression (1931-45).

Landscape paintings of the country's mountains and rivers as well as modern architectural designs are also on display.

Highlights include modern artworks that reflect the nation's major strategic campaigns and achievements in recent years, such as rural revitalization and the fight against COVID-19. 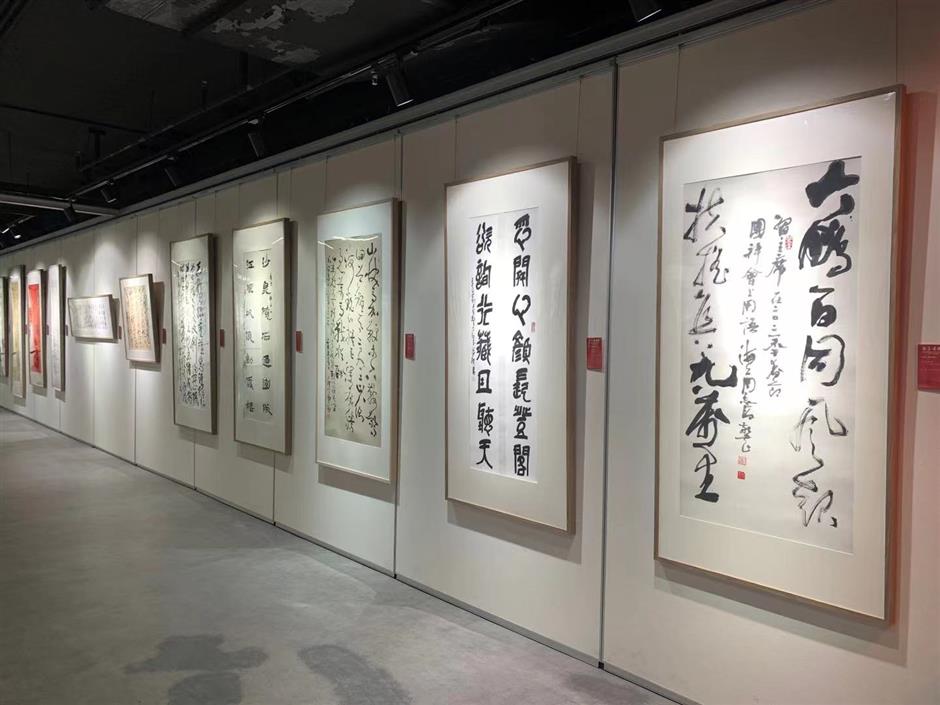 Many calligraphy works are on display at the exhibition.

The exhibition is attracting many art lovers, many of whom are members of the Putuo artists' association and calligraphy association.

Tang Qigeng, a 69-year-old artist from the Shanghai Artists Association, created a landscape painting of green hills covered with lush trees and streams running through the hills.

"The painting aims to showcase the splendid rivers and mountains of our motherland," said Tang.

Another painting features a farmer in a field of a bumper crop with a big smile on his face. Behind him is a vast paddy field and blue sky.

Bian Hongyi, the painting's creator who's more than 80 years old, said he created the field painting to show the contributions of farmers, as well as the remarkable achievements of China's rural revitalization strategy.

"The farmer's smile reflects his happiness after a good harvest," Bian said. "This painting also indicates that China's agriculture is in a stage of prosperity and vigorous development." 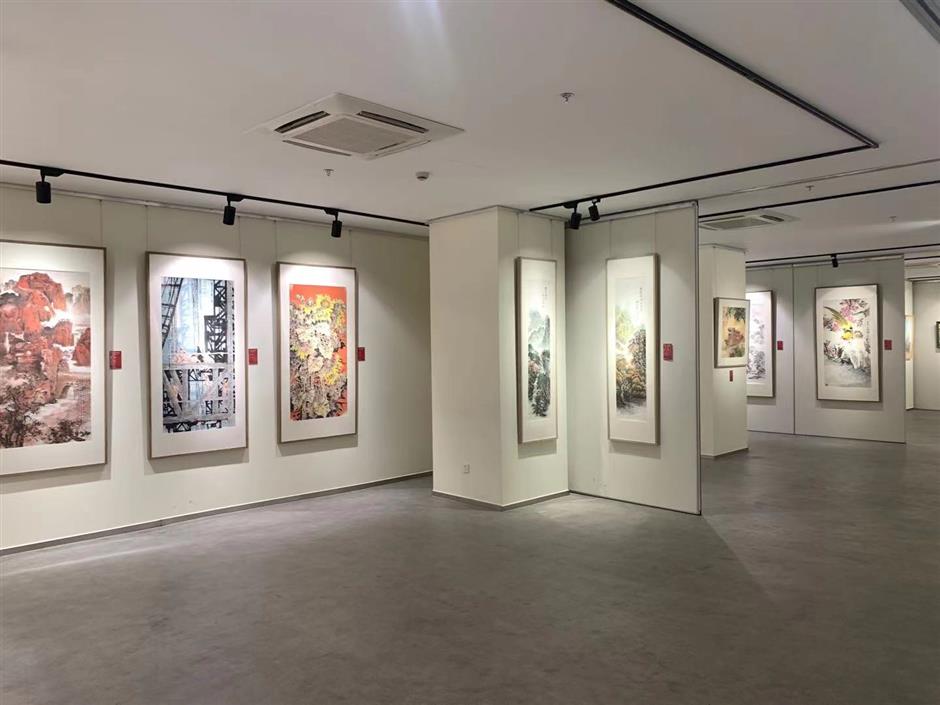