Lighting up the night to celebrate founding of CPC 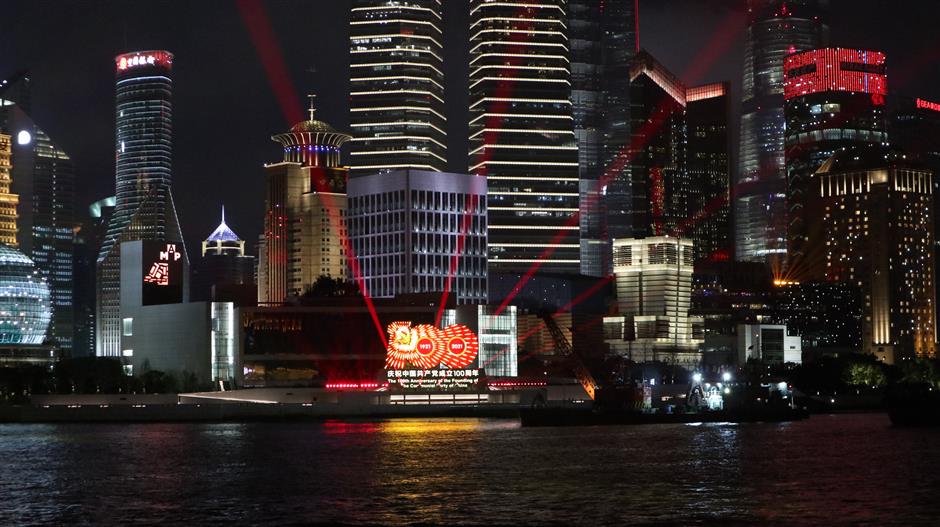 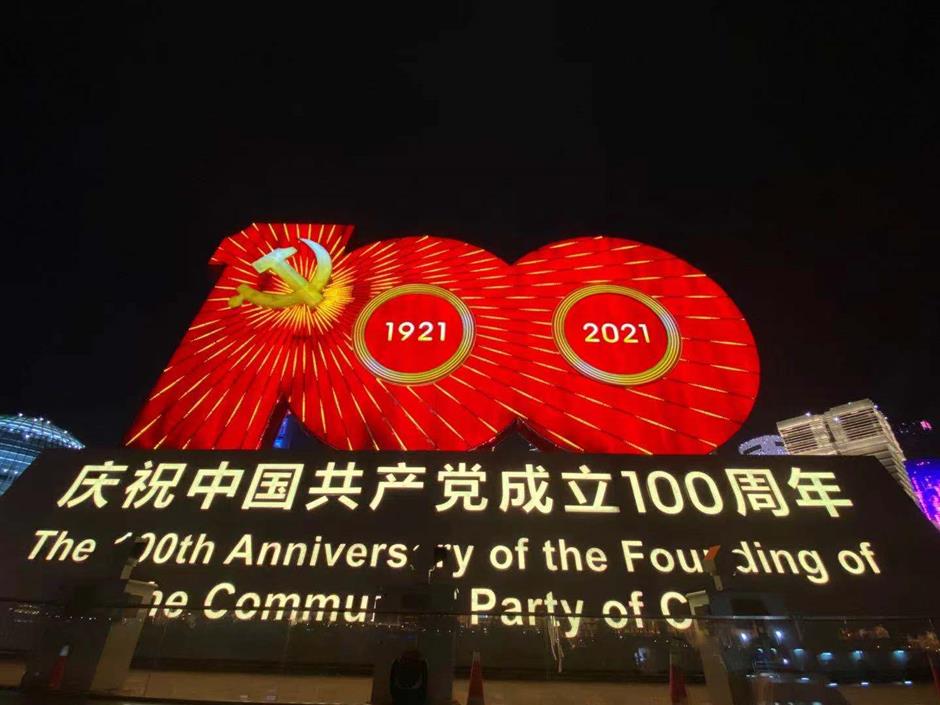 Celebrating the founding of the CPC.

A huge lighting art installation has been installed on the bank of the Huangpu River to celebrate the 100th anniversary of the founding of the Communist Party of China.

Weighing 60 tons, it is about 20 meters high and 30 meter wide, the city's greenery authorities said on Saturday.

It is embedded with LED lights with integrated circuit chips, and has twinkling effect, according to the Shanghai Greenery and Public Sanitation Bureau. 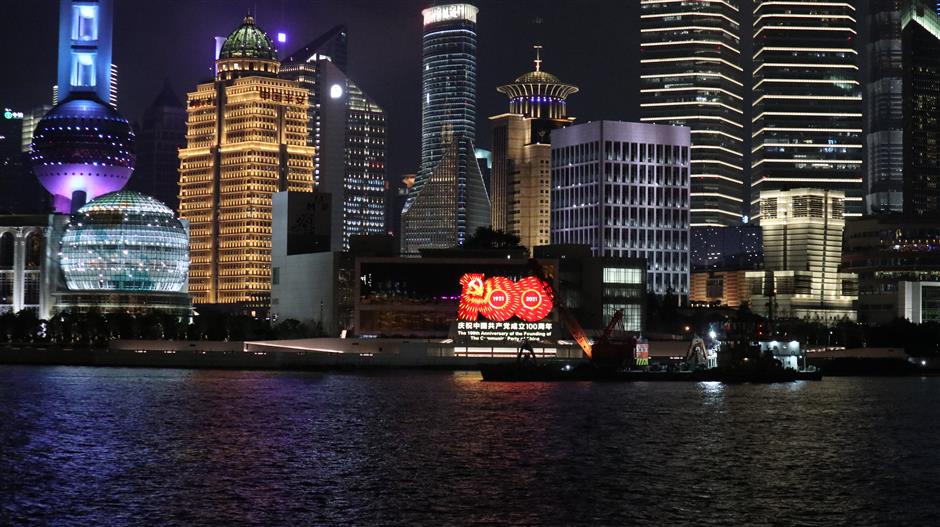 The installation is embedded with LED lights.