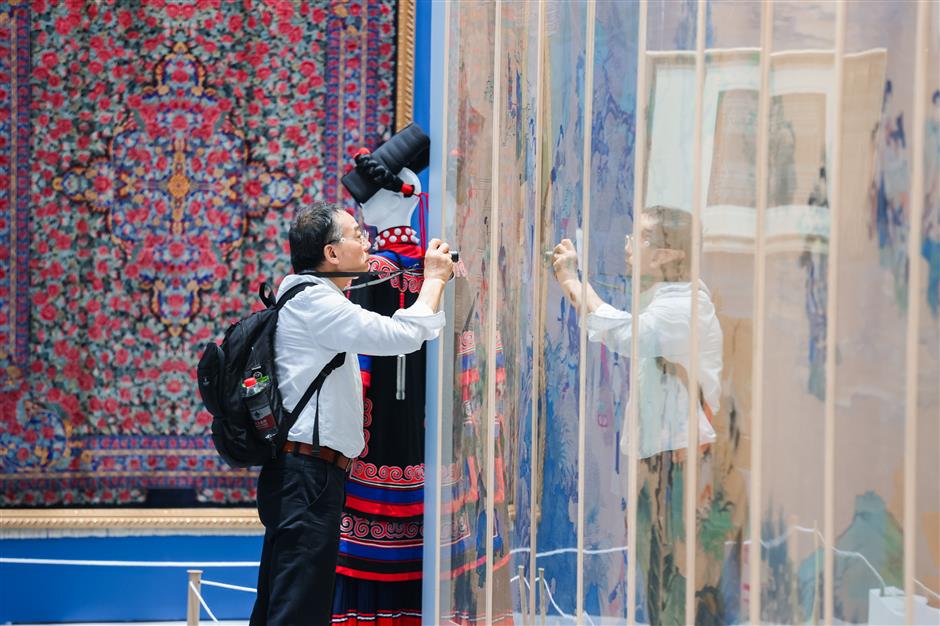 A visitor takes photos at the Baoshan International Folk Arts Exposition on Saturday. 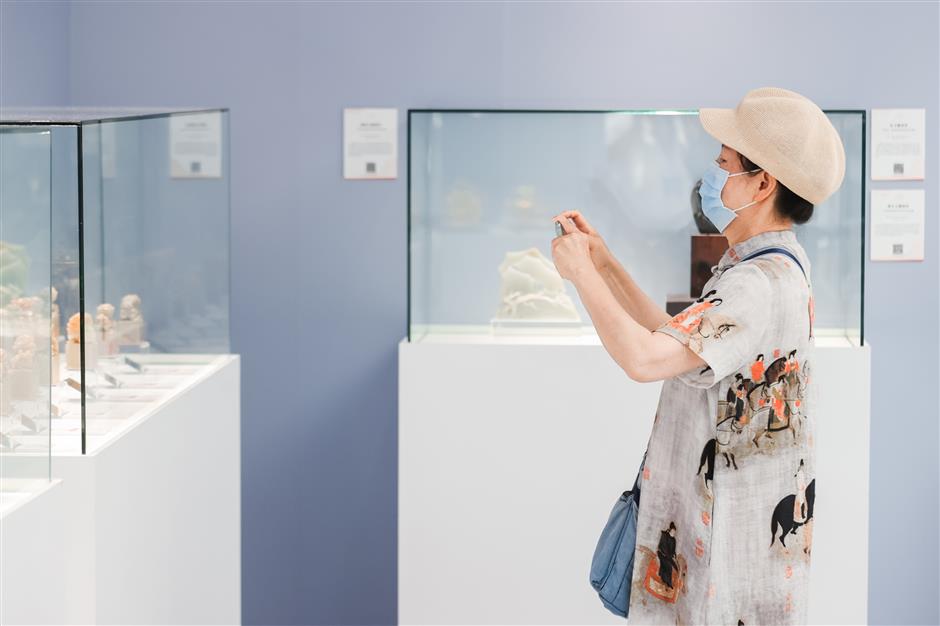 Residents and tourists are invited to experience the splendors of traditional Chinese arts and crafts at six different exhibitions over the Dragon Boat Festival holiday, Shanghai's cultural and tourism authorities announced on Saturday.

The Baoshan International Folk Arts Exposition, which is the main venue, has some 500 exhibits covering a wide range of areas such as paper-cutting, carving, dyes and ceramic firing.

They came from more than 120 inheritors of national intangible cultural heritages and more than 60 art and craft masters. 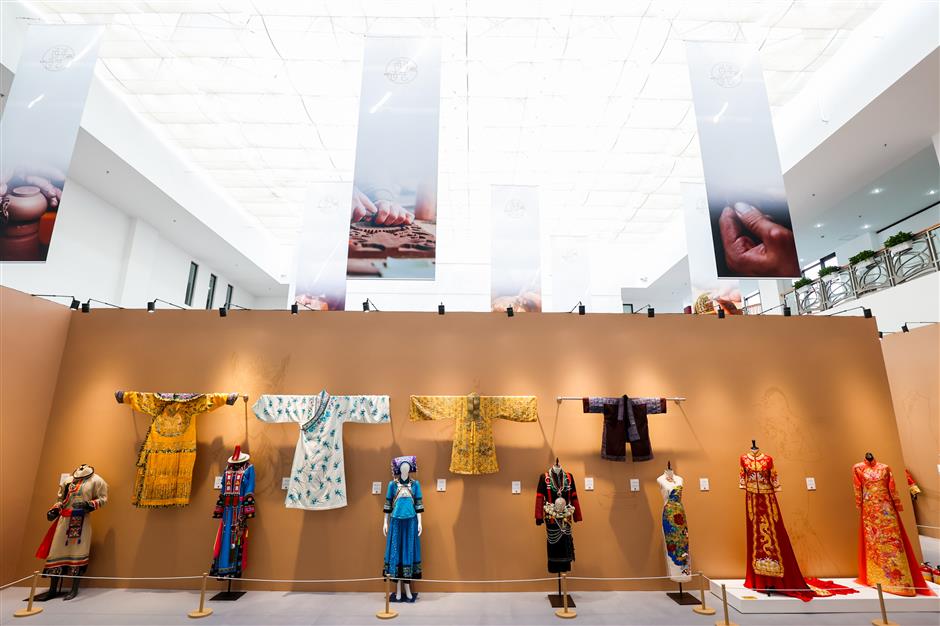 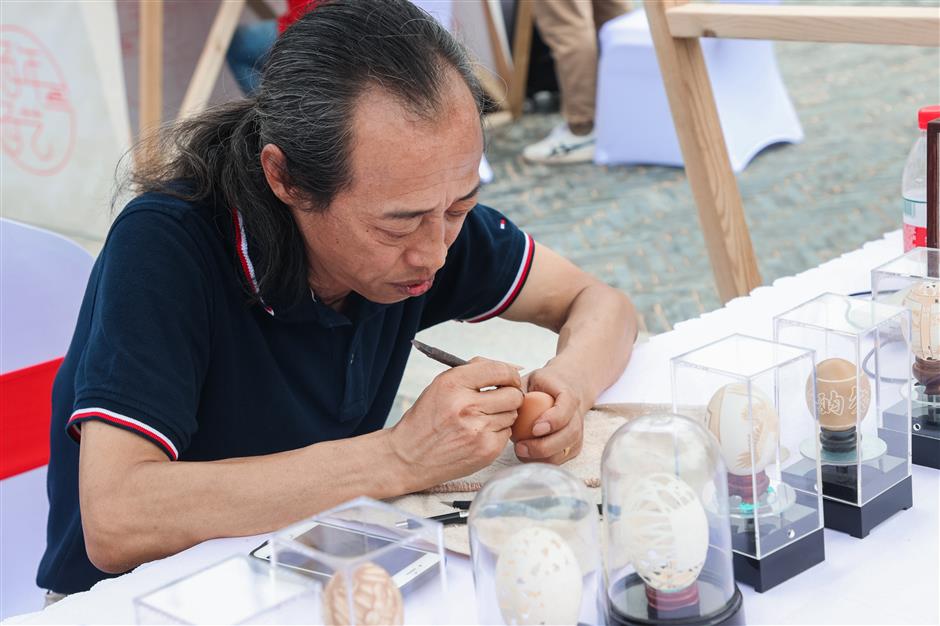 A craftsman displays the skill of egg carving. 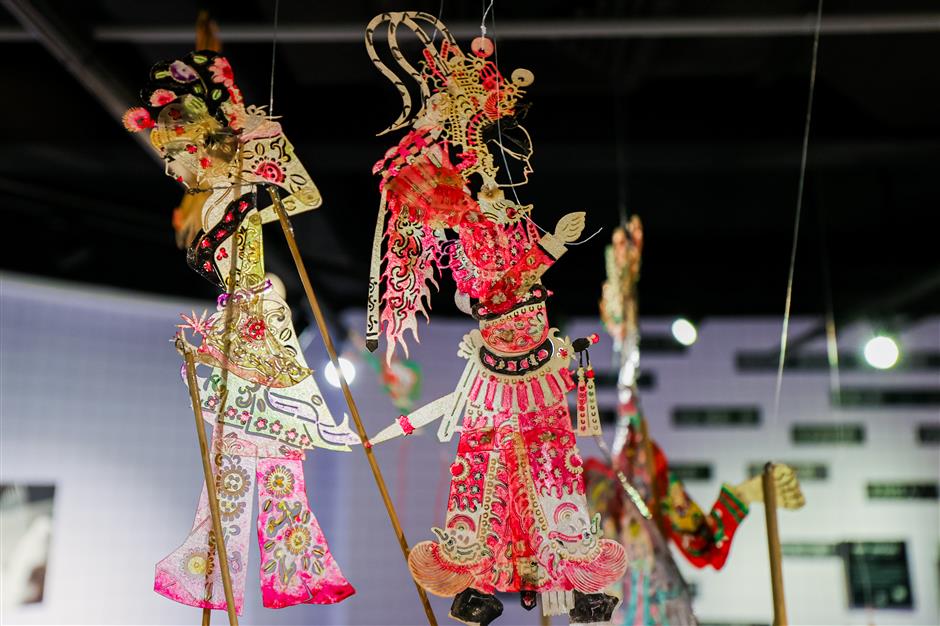 Inheritors are displaying their exquisite skills in embroidery, sachet, jade carving and traditional clothing making of Miao ethnic minority at the exhibition.

The exhibition also features a huge gold mask simulating the one unearthed at the Sanxingdui ruins site in Sichuan Province. 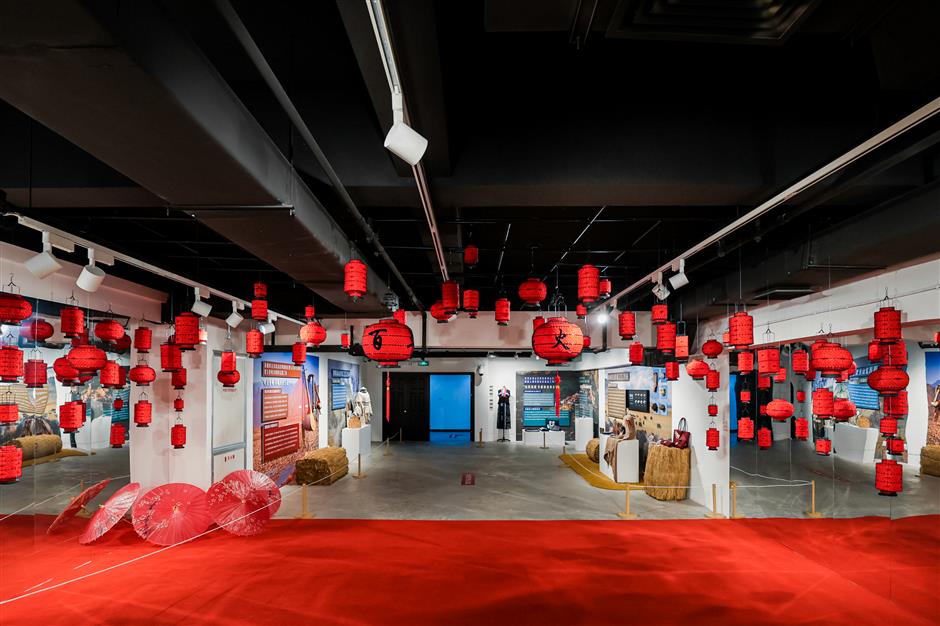 A ceiling of red lanterns. 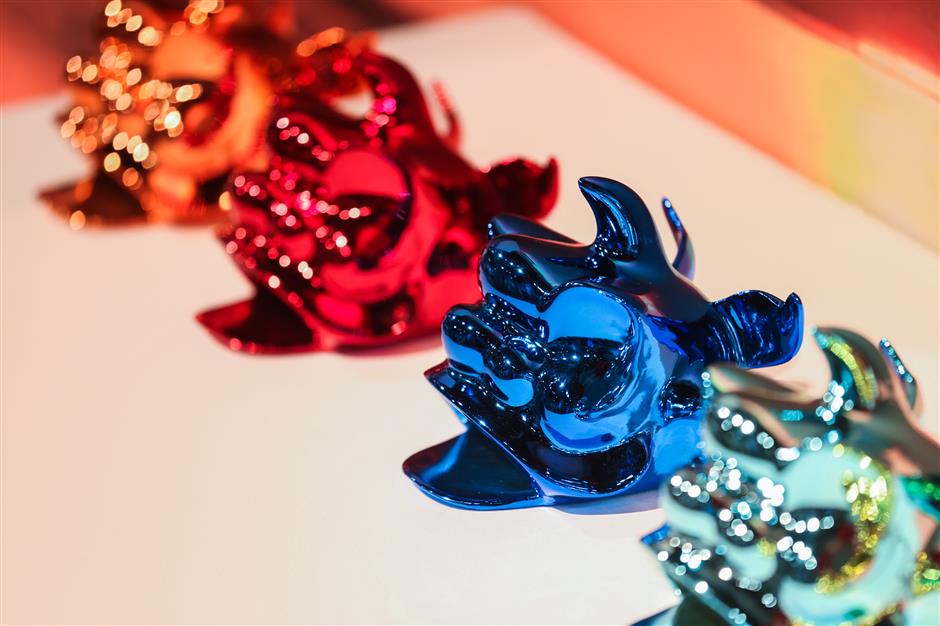 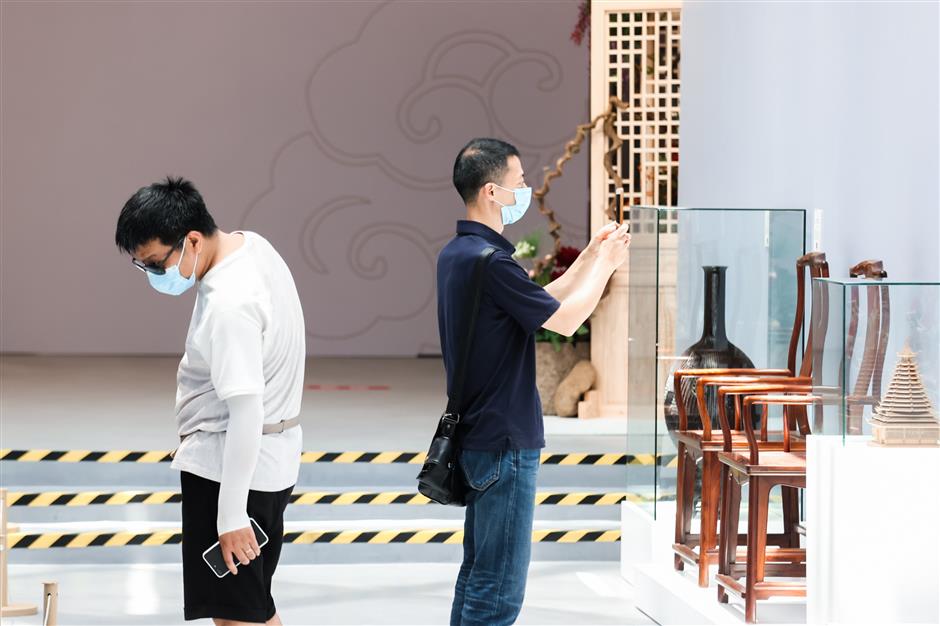 In total, the six venues feature about 1,500 exhibits.

The exhibitions will run through July 11.