Students on song thanks to opera textbooks 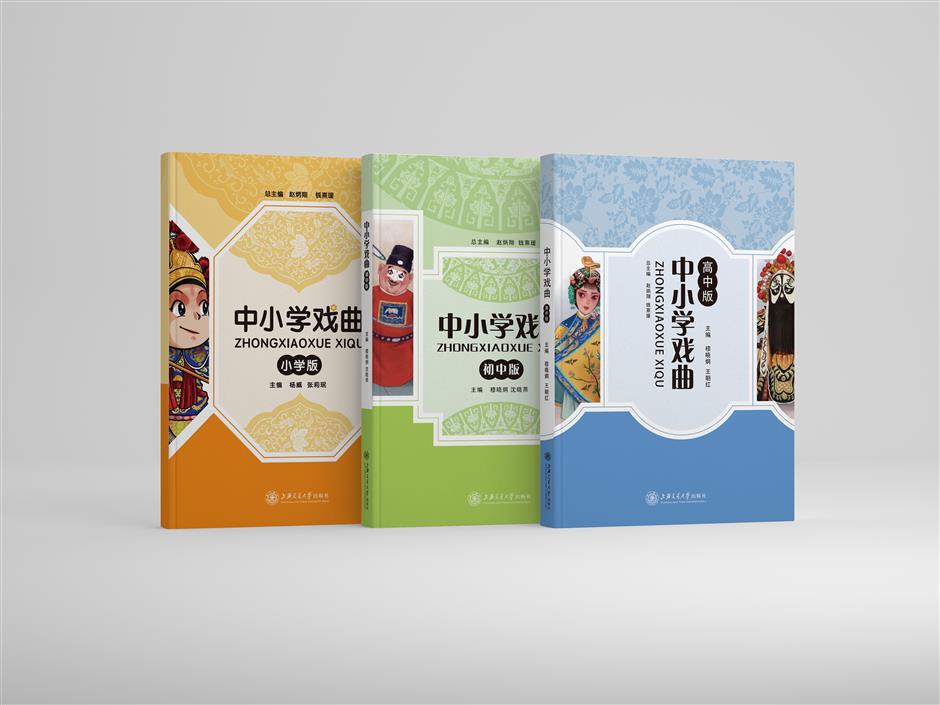 These include three books, each for primary, middle and high schools.

The publishing program was initiated in 2018 by a team led by Zhu Hengfu, a professor at the university, in cooperation with several schools specialized in opera. The books were published recently by Shanghai Jiao Tong University Press.

"Traditional opera is different from arts such as drama, dancing, films and television, which already have solid foundation in basic-education schools," said Zhu. "It will have to start from zero in most regular schools. The compiling and publishing of the textbooks is the first step for opera education in such schools. Training for teachers and promotion of opera classes will be carried out soon."

Zhu Jinsong, a member of the team, said the existing materials for opera education are too simple and homogeneous while the new textbooks take psychological characteristics and their current learning content into consideration and provide professional and progressive training.

Mu Xiaojiong, principal and a math teacher at Guangming High School, began learning Peking Opera when he was a high school student and became a student of famous opera master Zhou Shaolin later.

He said his school now has a professional team to teach opera among students, while its teachers have been helping train opera teachers for other schools for two years.

"To teach primary and secondary students opera, our main task is not to cultivate professional opera performers," he said. "We are guiding students to experience the charming traditional Chinese culture  to give them some inspiration or enlightenment in studying other subjects. So these textbooks can be used in a wide range of areas, such as teaching and learning of Chinese, history and philosophy."