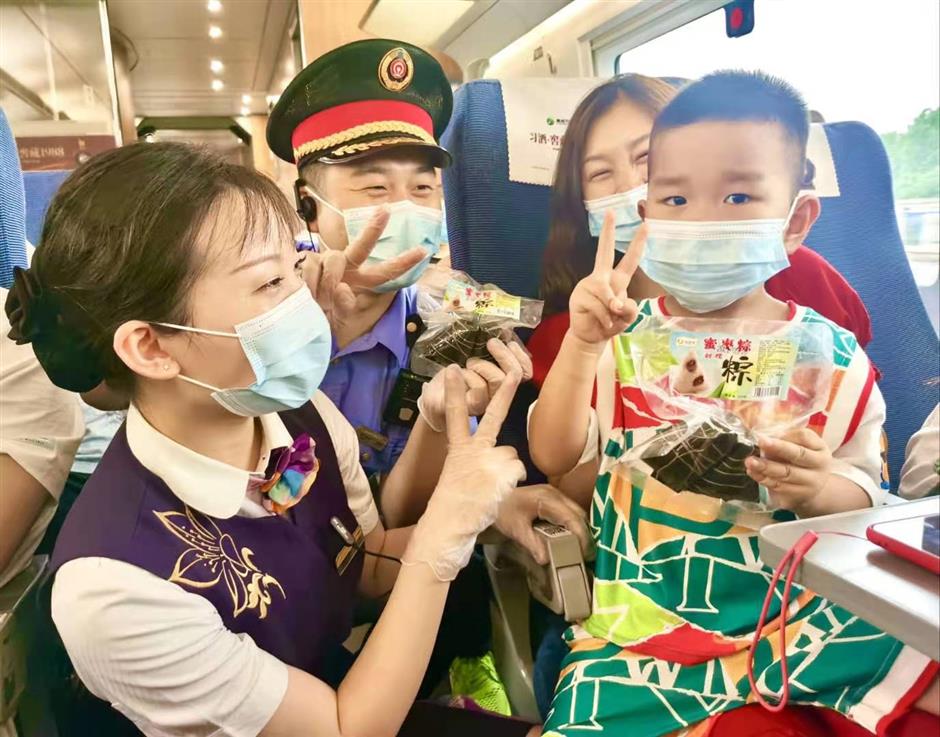 On the G7266 train from Hefei to Shanghai, a boy receives a zongzi (wrapped steamed glutinous rice dumpling with different fillings), a traditional Dragon Boat Festival food, from a train attendant. 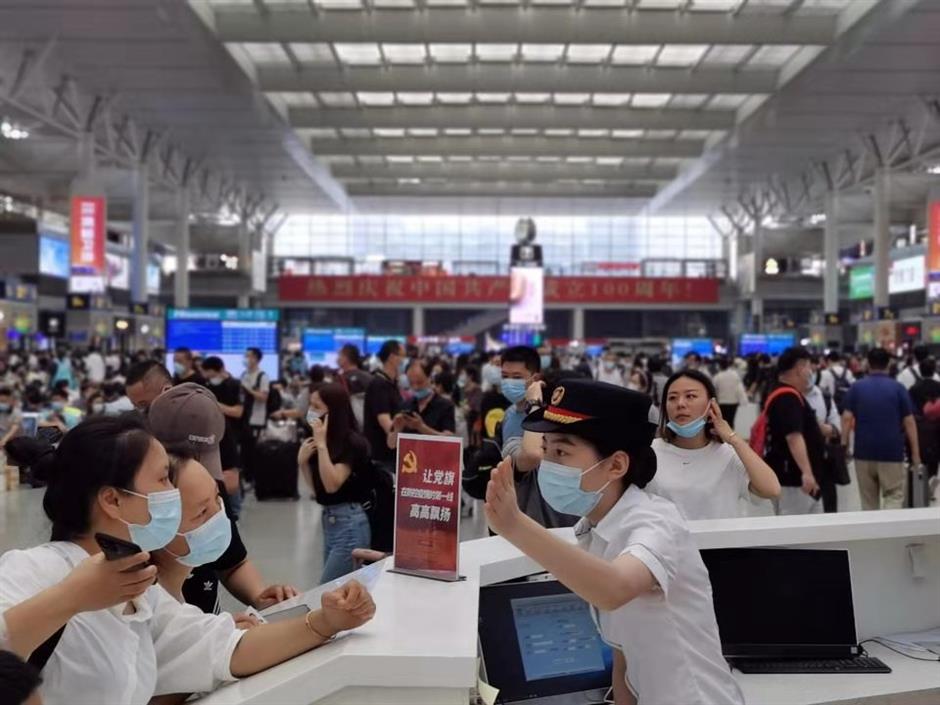 A staffer at Hongqiao Railway Station provides guidance to passengers.

The number of railway trips recorded in the Yangtze River Delta region during the Dragon Boat Festival holiday has surpassed the number of trips prior to the COVID-19 pandemic, the China Railway Shanghai Group announced today, the last day of the three-day holiday.

Between Friday – when the holiday travel rush began – and Sunday, an average of more than 2.5 million daily railway trips were recorded in the region, more than the same period in 2019.

A total of 2.74 million railway trips are predicted in the region today, and 222 additional trains are operating to accommodate the large number of passengers. 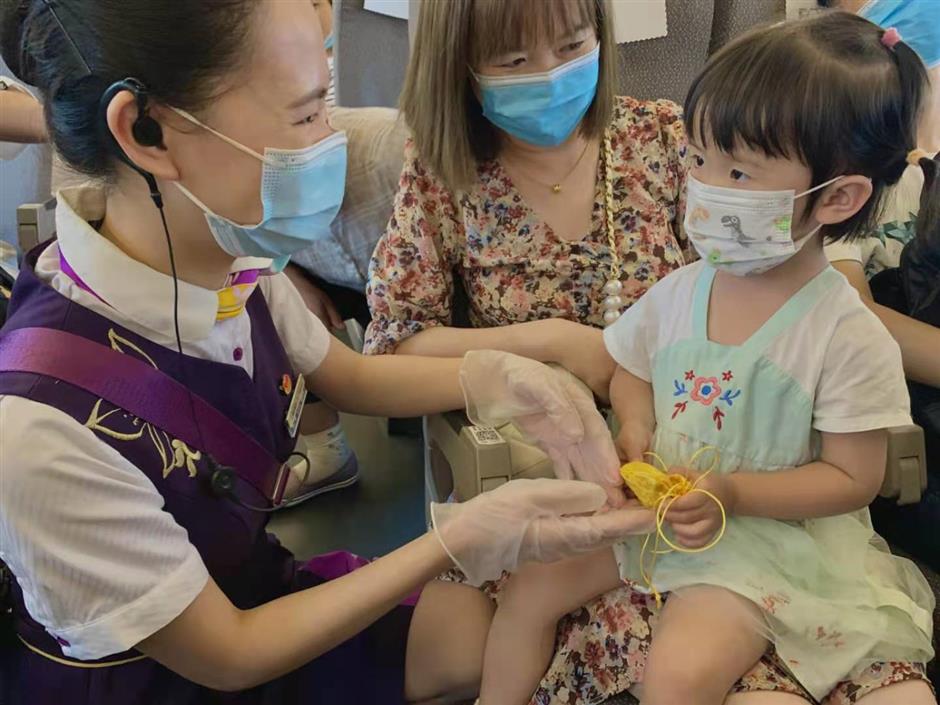 A girl receives a gift sachet on board a train in the region.