Among them, 25 donated blood and seven donated platelet. Almost one-third of 32 medics are under the age of 30.

"Medical professionals donating blood is a way of exhibiting that doing so isn't harmful to healthy people," he said. "Blood is important for clinical use, and we want more warm-hearted people to join us."

Young people are the driving force behind blood donations in the city. About 75 percent of last year's donors were between the ages of 18 and 30, according to the Shanghai Blood Center. 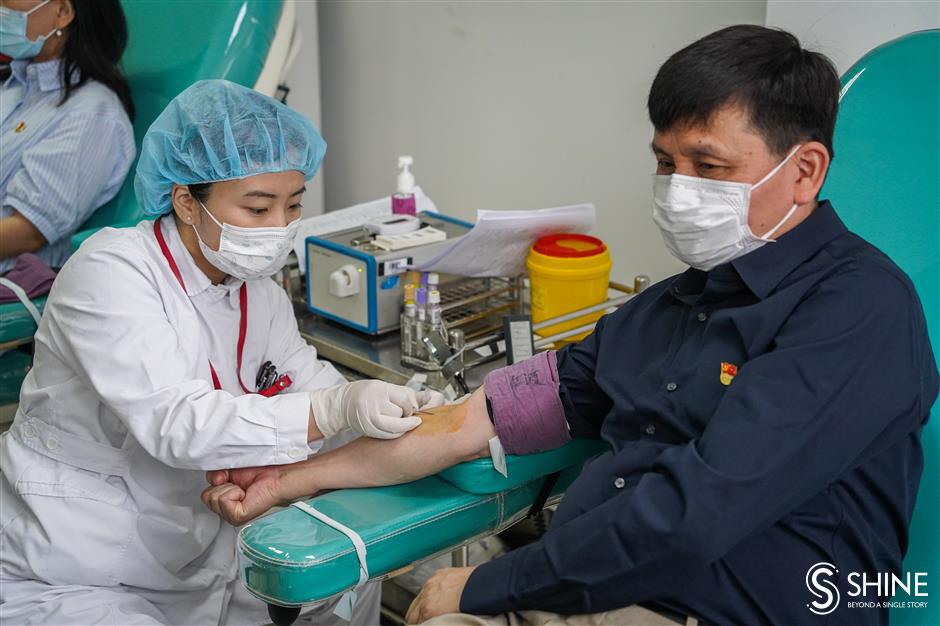 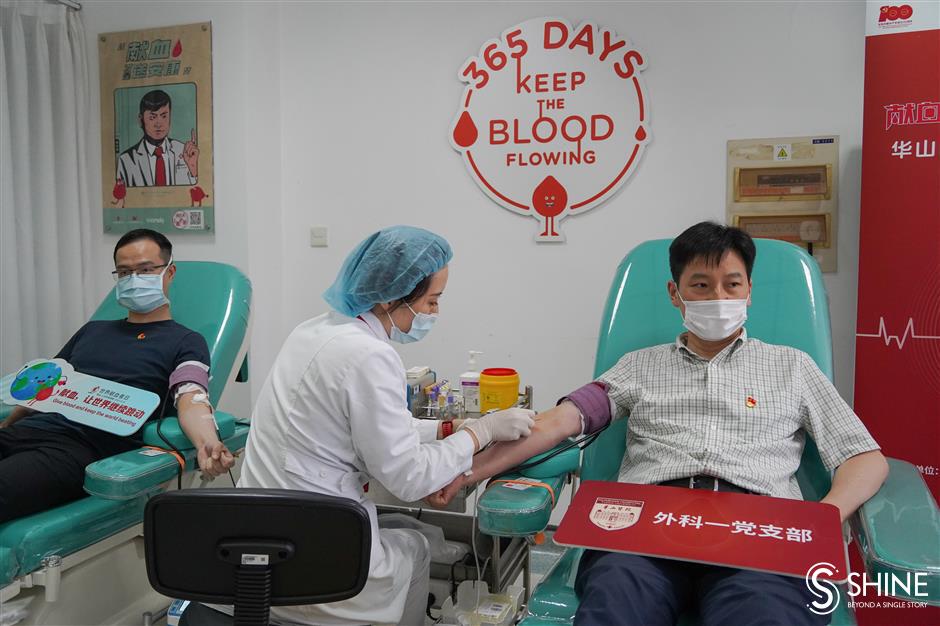