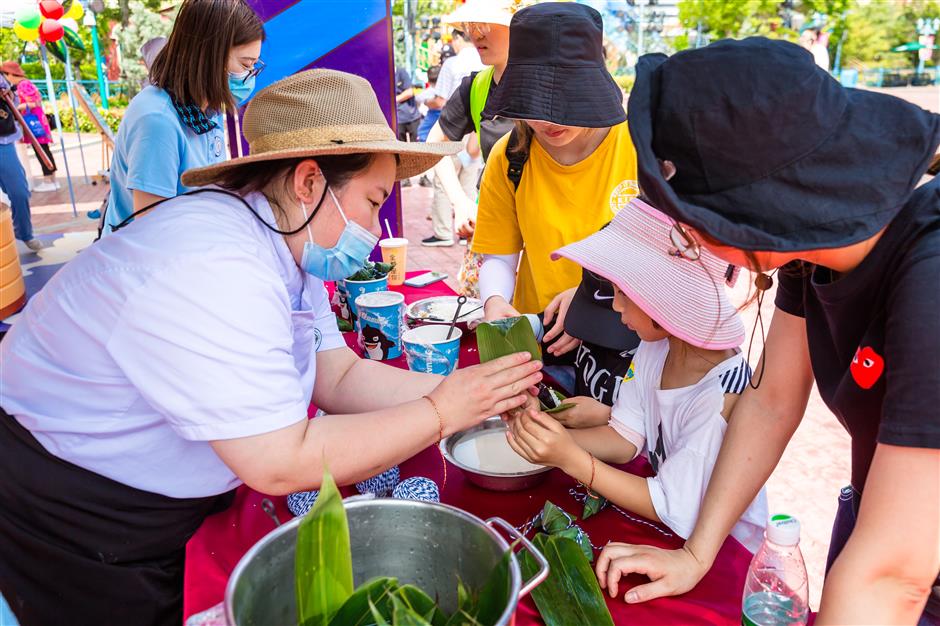 A girl is helped to make zongzi at Haichang Ocean Park. 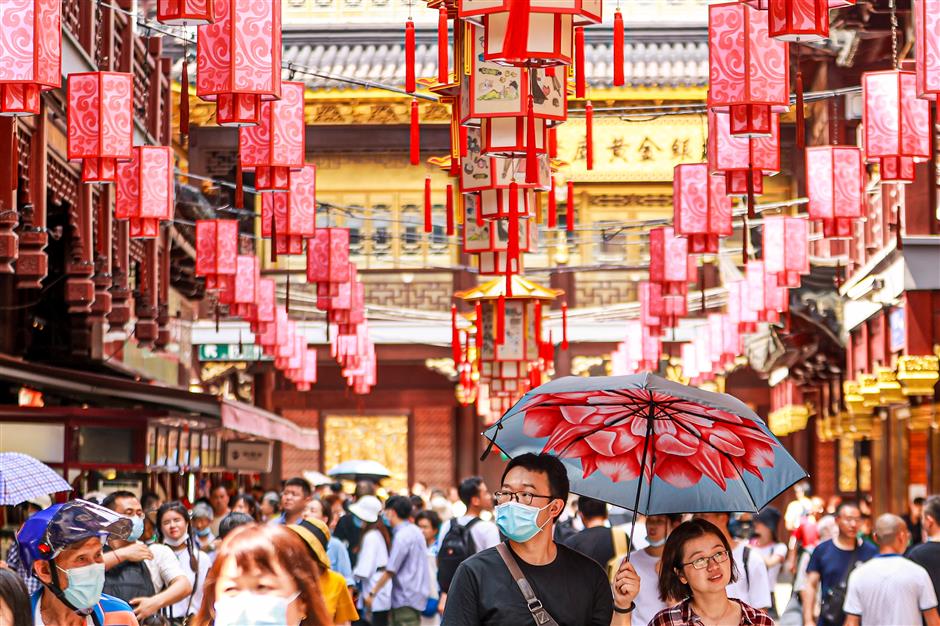 Yuyuan Garden packed with visitors during the holiday. 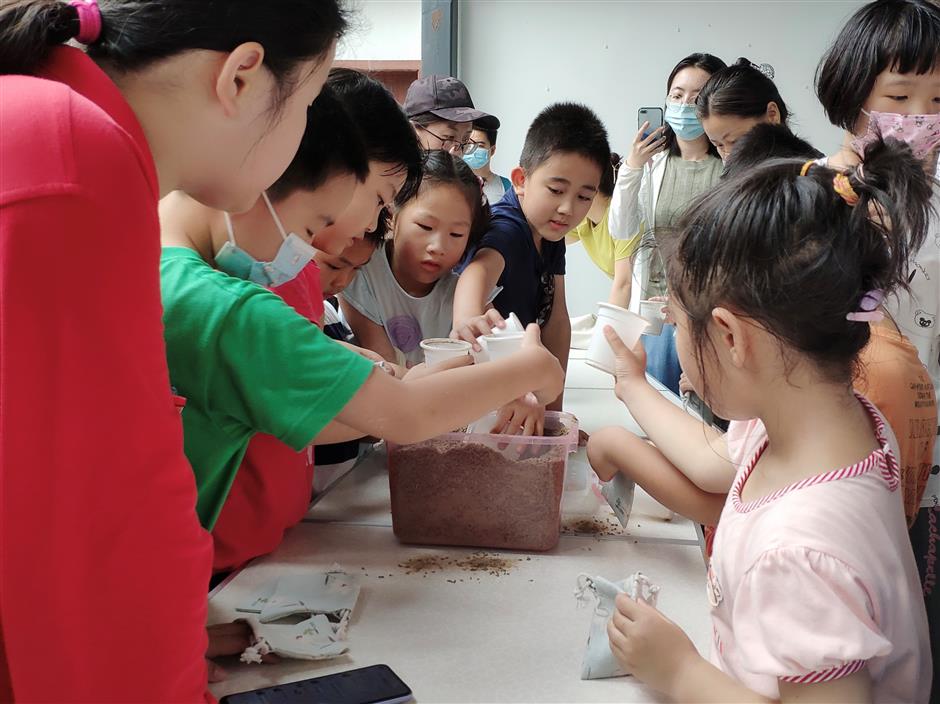 Tourist attractions in the city were busy during the Dragon Boat Festival holiday on Monday with plenty of traditional activities for them to enjoy.

Shanghai Zoo in Changning District had more than 26,000 visitors.

Polar bears at the ocean park enjoyed a special "zongzi" and ice cream feast made from mackerel, eggs and corn powder.

Shanghai Botanical Garden in Xuhui District held an activity to promote knowledge about plants related to the festival. 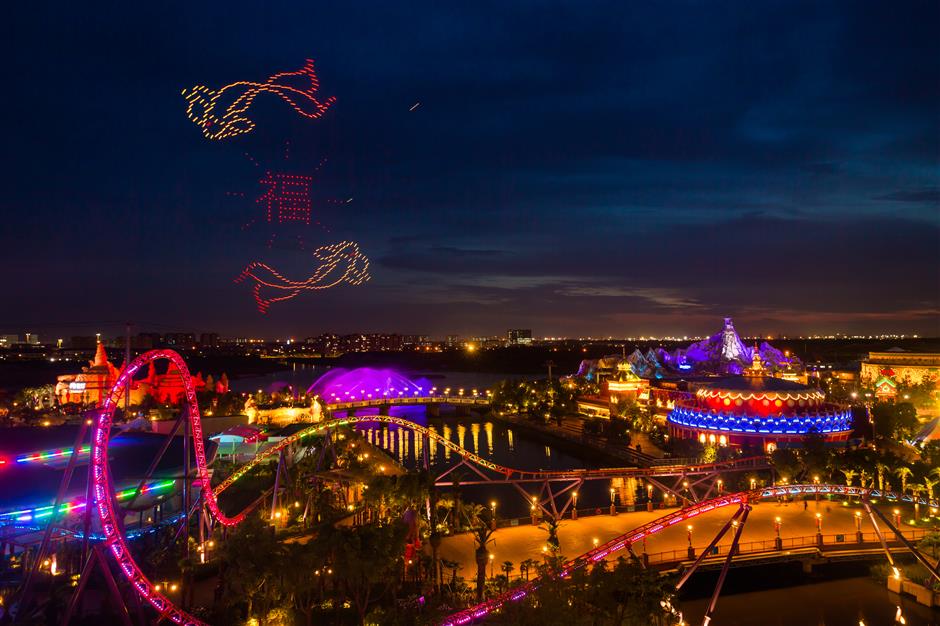 A light show at Haichang Ocean Park during the holiday. 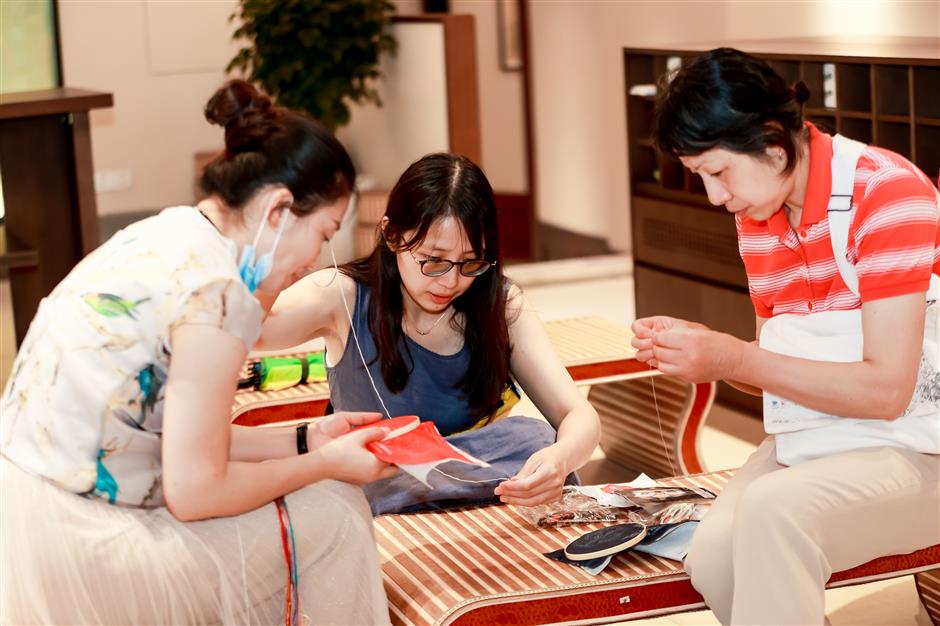 Shanghai-based online travel operator Trip.com said orders for tickets, vehicle rental and private tours during this year's festival surpassed those of 2019, or before the COVID-19 pandemic.

Amusement parks, museums and watertowns were some of the favorite options, while Beijing, Shanghai, Chengdu, Hangzhou, and Chongqing were the top five most popular tourist destinations.

Xie Xiaoqing, a researcher with Trip.com, said there was a growing demand for cultural experiences among Chinese tourists.

Xie said the various cultural activities on offer had injected vitality into the tourism market with young people making up the majority of holidaymakers. 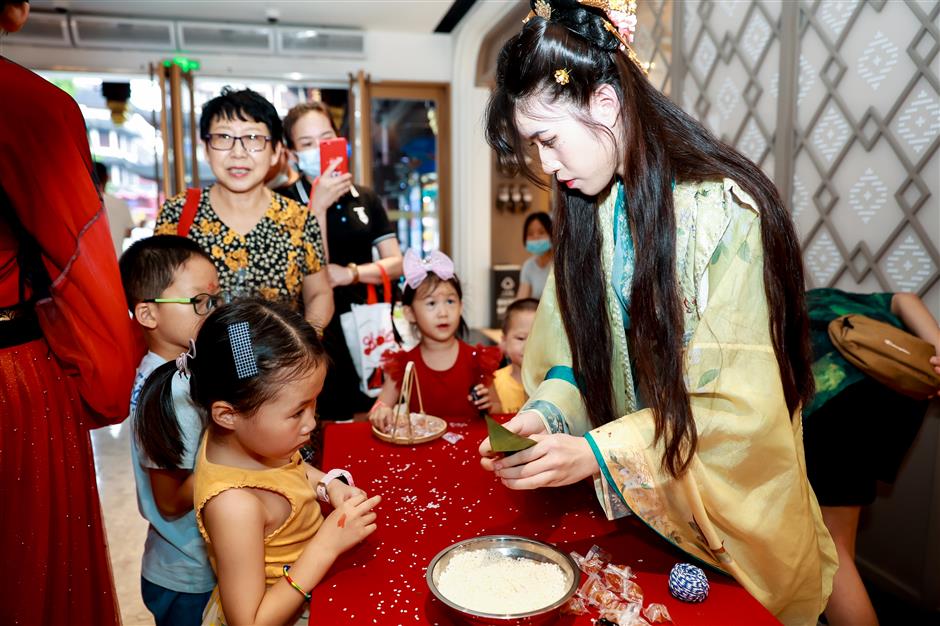 A little girl is shown how to make zongzi at the Yuyuan Garden tourist attraction. 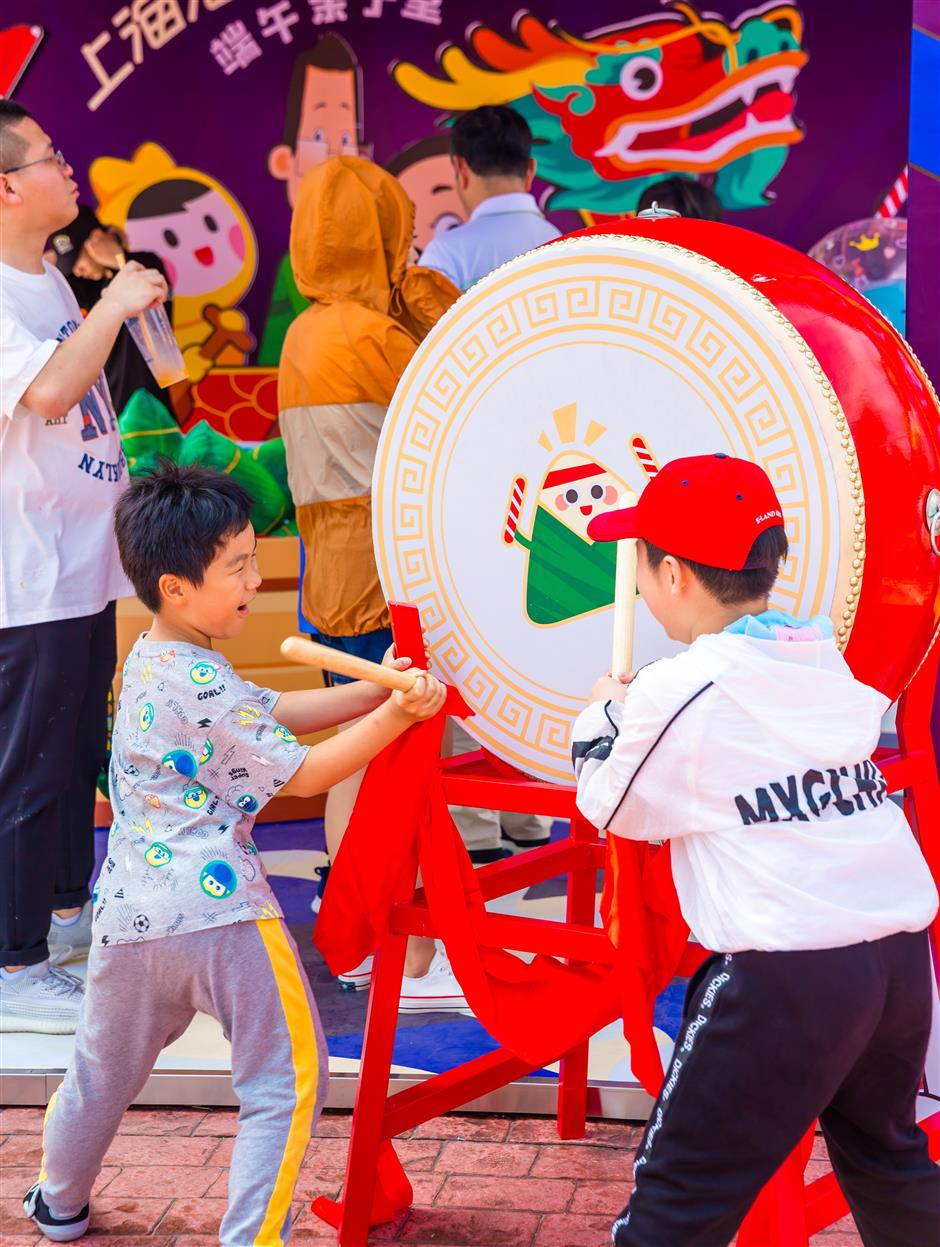 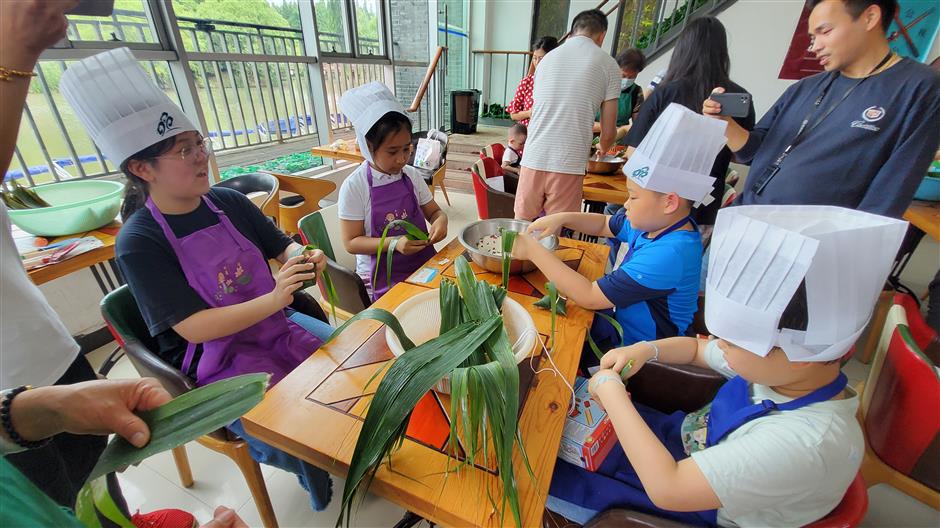 Orders for small private tour groups with family members had surged 140 percent compared with the same period in 2019.

Attractions with night tours such as the Huangpu River cruise tour and the Zigong Lantern Fair were also popular options.