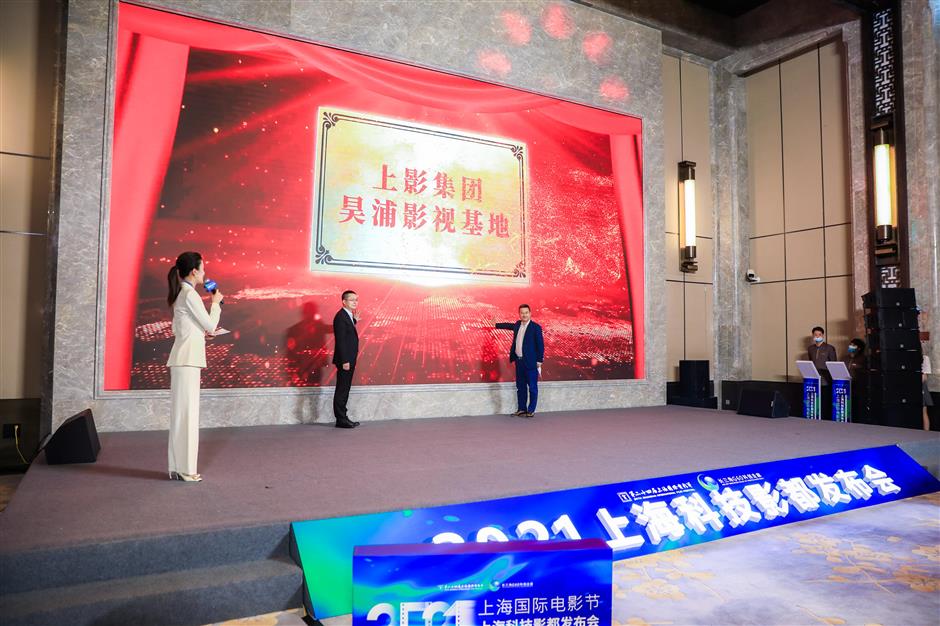 The Haopu Film and Television Base is unveiled in Songjiang District on Thursday.

The construction of Shanghai Hi-Tech Film and Television City in Songjiang District is in full swing with the landing of a number of high-tech film and TV bases.

The Haopu Film and Television Base, comprising four high-tech studios and an underwater digital studio, was unveiled and went into operation on Thursday, a press conference heard.

Construction of the Yangtze River Delta International Film and Television Center is underway with project investment and bidding proceeding smoothly, according to district authorities.

The first phase of its studio area is expected to go into operation within the year.

Construction of an entertainment, film and television production base broke ground in the district last month.

The project covers 10 hectares. With an investment of 1.143 billion yuan (US$178 million), the 6.4-hectare first phase will comprise eight high-tech studios, multimedia production and webcast bases, as well as support facilities.

It is scheduled to begin operations in the second half of 2023, helping fuel the development of the film and TV industries in the Yangtze River Delta region.

Projects totaling 20 billion yuan were released on Thursday and will land in Songjiang.

Between January and May, the district introduced 565 new film and television companies, an increase of 40.2 percent compared with the same period last year.

Last year, 707 new companies in the film and TV industry were registered in the district, growing 146 percent from a year earlier despite the impact of COVID-19.

The district has attracted about 7,000 companies and studios so far, about a third of the nation's total.