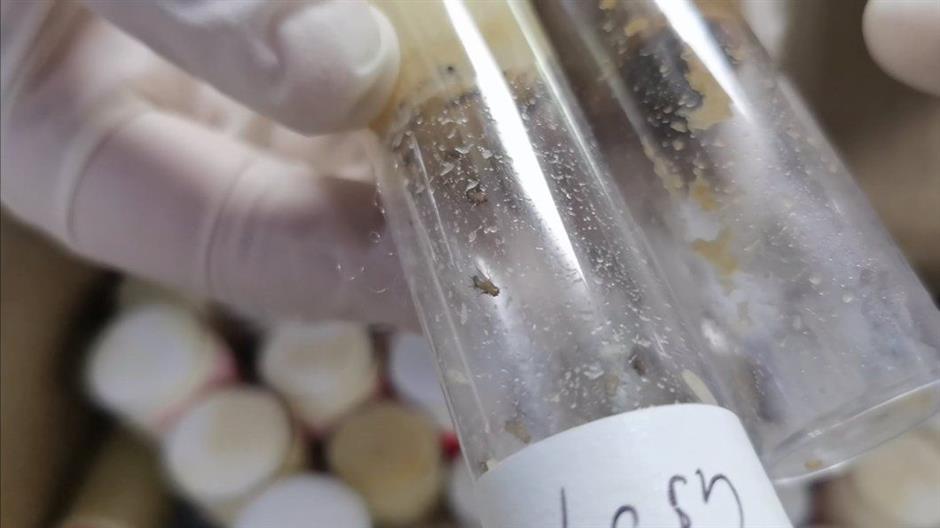 The flies are of a type commonly used in scientific research. 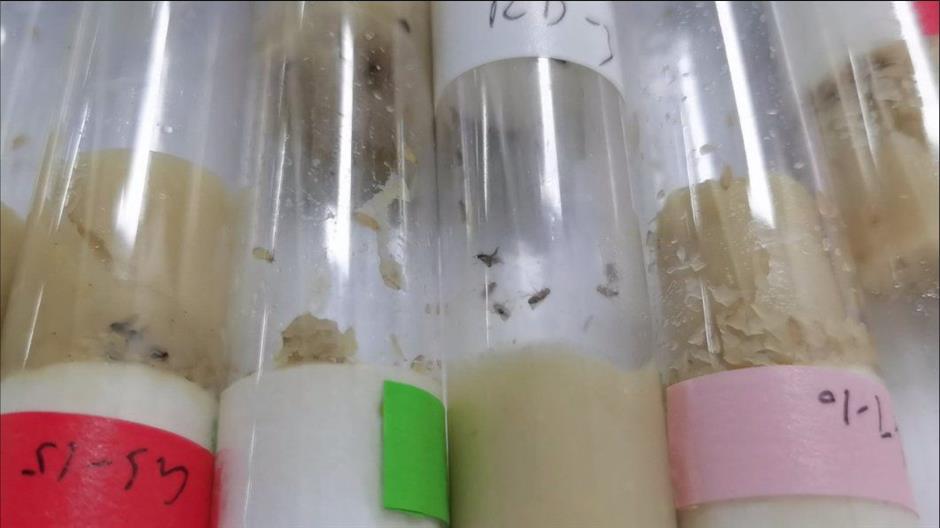 Flies can be seen in test tubes seized by customs officers.

The parcel contained 58 test tubes each with about 20 Drosophila melanogaster, a fly commonly used in scientific research.

The contents were not declared and the parcel had no import quarantine permit.

The parcel, which would be sent to a domestic research institute, has been destroyed.

Live insects are banned from being carried or mailed to China without quarantine or approval procedures, customs authorities said.