Five local residents shared their experiences of Shanghai's development at a special dialogue between the Communist Party of China and political parties in other countries in Shanghai on Wednesday evening. 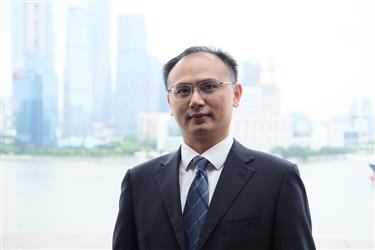 "My job is like a woodpecker to find out regulations and rules that might restrict development of market players and then promote reforms and institutional innovations to make doing business in China more simple and efficient," he said.

When China established its first pilot free trade zone in Shanghai in 2013, Zheng and his colleagues received their first task to research a negative list rule for the zone, which was a new concept for them but could let foreign investors enjoy the same treatment as domestic investors in areas not on the list.

"Over the past eight years, the Shanghai free trade zone has been easing market access to foreign investment," he said. "The number of items on the negative list has been reduced from 190 to 30, and more than 12,000 foreign-invested enterprises have been set up in the region. At the same time, this major reform initiated in Shanghai has been written into China's Foreign Investment Law."

Zheng recalled that 12 years ago when he left for France as a visiting scholar, a friend gave him a long list of cosmetic products. He was puzzled why she could not buy these things in China.

When Zheng began to research the global approval system for the import of cosmetics, he found it took five months to import a product.

"At that moment, I understood her feelings," he said.

The Shanghai free trade zone later introduced a new registration system for import of cosmetics for non-special purposes and cut the review and approval process from five months to within five days.

In the year of the reform being introduced, the Chinese market began to synchronize with the global market. Some international brands now even launch new products in Shanghai and China.

Another innovation initiated in the free trade zone was the introduction of the drug marketing authorization holder system.

Zheng said that previously, R&D and production of drugs could not be done by separate enterprises. Therefore, sometimes a company spent 10 years to develop a medicine and get patents and approval to enter the market, but had no money to build a factory and had to sell its patents. Now the developer can authorize a qualified pharmaceutical factory for production.

"This reform has helped our biomedicine industry integrate into the global cooperation network and enable international enterprises to share the Chinese market," he said. "Boehringer Ingelheim, a world-leading research-driven pharmaceutical companies with 136 years of experience, is one of the beneficiaries of the reform and has achieved rapid growth in Shanghai in recent years."

Zheng said Shanghai welcomes not only foreign investment, but also foreign talent. He said there were more than 300 regional headquarters of international companies in Pudong. Some executives aged above 60 found they risked losing their jobs several years ago as they could not get work permits in China at that age. With relaxed policies, now more and more overseas talent are making investments and starting up businesses in Shanghai.

"To help China open its door wider is the dream of all reformers like me," Zheng said. 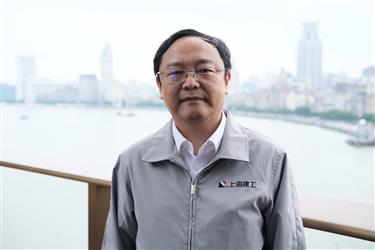 He graduated from university in 1991.

"At that time, there were already many skyscrapers over 400 meters in other countries. I felt the gap between Pudong and the rest of the world and wanted to make a breakthrough," he said. "The desire in my heart was super strong, but I didn't know when the opportunity would come. And then came the decision of development and opening up of Pudong, and also my chance."

The first building over 400 meters tall in Pudong was the Jin Mao Tower, which began construction in 1994. Zhu missed out on that opportunity. However, he soon got another that changed his life – construction of the 492-meter high Shanghai World Financial Center in 1997.

"Although the Shanghai World Financial Center is only 71 meters taller than Jin Mao, the structure is much more complicated and difficult. Technically, it is a new challenge. We adopted many new technologies to solve these problems, which also helped China's super highrise construction technology enter the world's advanced level."

When the Shanghai Tower was finished in 2016, not only did it break the height record, but also subverted many traditions and created many new records at home and abroad. The green, digital, industrial and humanistic concepts in the construction process reached a leading international level, said Zhu.

When building super high buildings, Zhu's team always bears the workers' security and innovation in mind. He participated in the design of a set of integral steel platform formwork equipment to provide a fully enclosed and safe working environment for workers when working at heights. It can protect them even in the event of a Level-12 typhoon.

"For me, building high buildings is a technological innovation, an improvement of ability and a comprehensive self-breakthrough," he said. "A few decades ago, we could only envy other's skyscrapers, and now we are able to build world-leading highrises in China. This leap-forward development has realized my initial dream as an engineer."

Zhu said he now has a new dream.

"I hope China will become a leading construction power in the world, not only in the height of buildings, but also in the height of green, intelligent and industrialization concepts and technologies," he said. 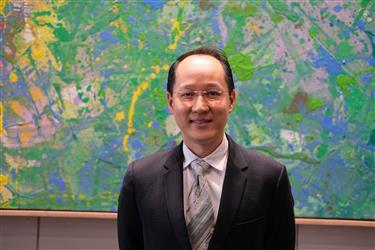 Larry Chan, chairman of Liwayway China Co, was born in the Philippines. Since childhood, he had thought of visiting Shanghai, the economic center of China. When he came to Shanghai at the age of 23, he said it was the most important decision that changed his life.

Chan's father Carlos had visited Shanghai frequently since the 1980s for market surveys, and finally found an opportunity in Deng Xiaoping's "Southern Tour Speeches" in 1992, which stressed economic reform in China and heralded a brand new phase of development which saw many foreign companies enter the Chinese market.

In 1993, the Shanghai government broke through traditional concepts, opened up its mindset, and helped Liwayway set up joint ventures with two Chinese partners, who brought it important talent and business networks.

Liwayway was a beneficiary of China's opening up to the world, the father said, and the young Chan said he agreed.

"I remember that we did a promotion at the Shanghai First Food Store on Nanjing Road at that time. The counter near the gate of the store seemed to have a magical power. It not only attracted a large number of customers, but also many distributors from all over the country. More than 20 years have passed. Starting from Shanghai, we have built 13 factories in China, which now have more than 7,600 workers."

Chan said China not only has a vast market, but also the potential for stable and long-term development. He praised the state's services and protection for foreign investments.

"Last year, in the fight against the COVID-19 pandemic, the Chinese government took action to control the situation rapidly and helped us quickly resume work with policies such as tax reductions," he said.

As China continues to expand and deepen its opening up, Chan sees more opportunities.

"At the first CIIE, we got to know the government delegation from Uzbekistan, which ultimately contributed to our investment in the country," he said.

In 2005, Chan's father was made an honorary citizen of Shanghai, and he himself was awarded the same title in 2017.

He said: "We got such a precious honor, which was both lucky and incentive. I am looking forward to gaining more surprises in Shanghai, a hot spot for investment in the world." 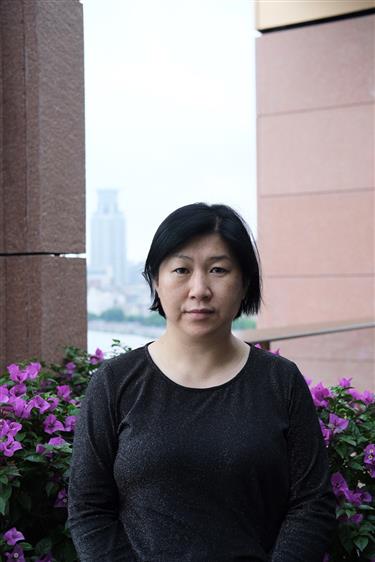 Xu Lihua is secretary of the Party branch in Huangpu District's Baoxingli neighborhood.

For nine years she has served local residents and helped them solve problems, from settling disputes between neighbors to changing light bulbs for them.

"The neighborhood has a history of over 100 years and the historical buildings were unique and beautiful," she said. "But with an increasing population, the living environment became more and more crowded. The average living area for the neighborhood's residents was 12.6 square meters for each family and there was even one building hosting 18 families. Everything was difficult, including cooking, bathing and drying the washing. Therefore, all the residents were dreaming of having a comfortable apartment with separate kitchen and bathroom."

Xu and her colleagues held 51 meetings with residents to explain what was involved and listen to their opinions.

"Each family has their unique conditions and demands," she said. "Besides the meetings, we also went to their homes for further communication. I remember I had visited one family more than 10 times. Eventually, all the residents reached a consensus."

Xu said transparency was important in getting the scheme accepted.

"We displayed everything publicly, including the relocation plan, economic compensation standard and assessment results," said Xu. "We also used WeChat to livestream the random draw of new homes. We also invited supervision by representatives from all related parties."

With their efforts, all the more than 1,200 families signed relocation agreements and moved away in six months.

"My job in Baoxingli has given me sense of achievement, especially in the renovation campaign, because the residents trust me, which will encourage me to continue my work," she said. "Now the neighborhood is waiting for renovation and in a few years, it will be a brand new community. By then, all the former residents will revisit our former home together. I'm also extending my invitation to all the guests here to visit the new Baoxingli then." 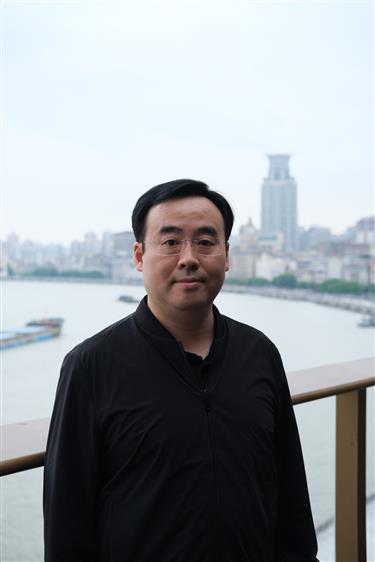 The popular Chinese video website, which started 12 years ago, now has 220 million registered users from all over the world, has listed in the New York and Hong Kong stock markets and is valued at over US$30 billion.

The website is unique in enabling live commenting. It has 340,000 channels run from outside the Chinese mainland, and some have registered over 10 billion clicks, Chen told the event.

"The keys to our success are a touch with the future, our consistency in content values and the good business environment in this city," he said.

Chen has no doubt that the young generation Internet users in China, more resourceful, better educated and more expressive, need high-quality video platforms to present themselves and become inspired, and his business also will tap the increasing consumer power of the Chinese market.

"We benefit from the city's growth and reward the city with our own," he said. "We call for all people with an enterprising spirit to seek their fortune here."