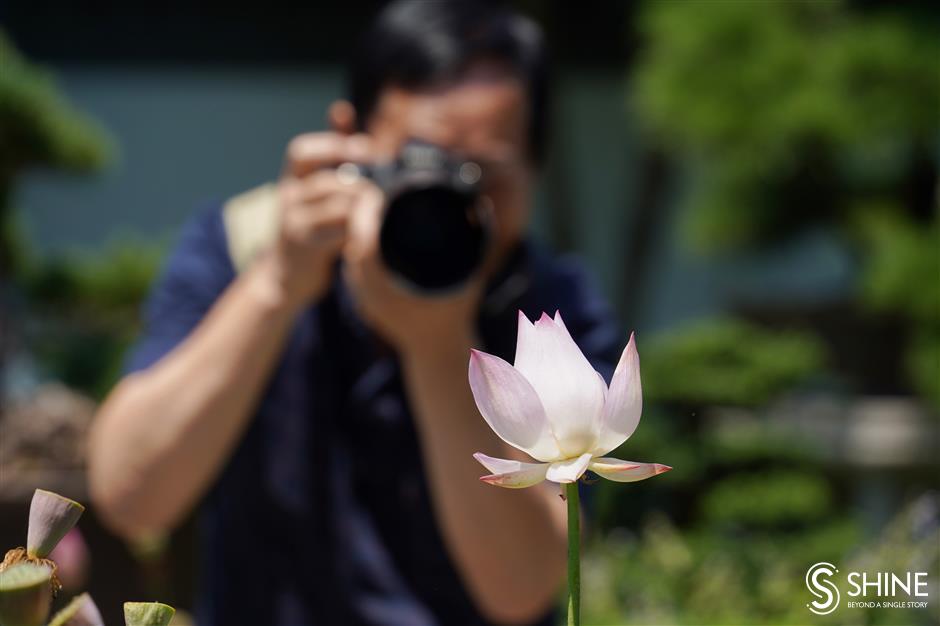 A visitor photographs a lotus at Shanghai Guyi Garden today. 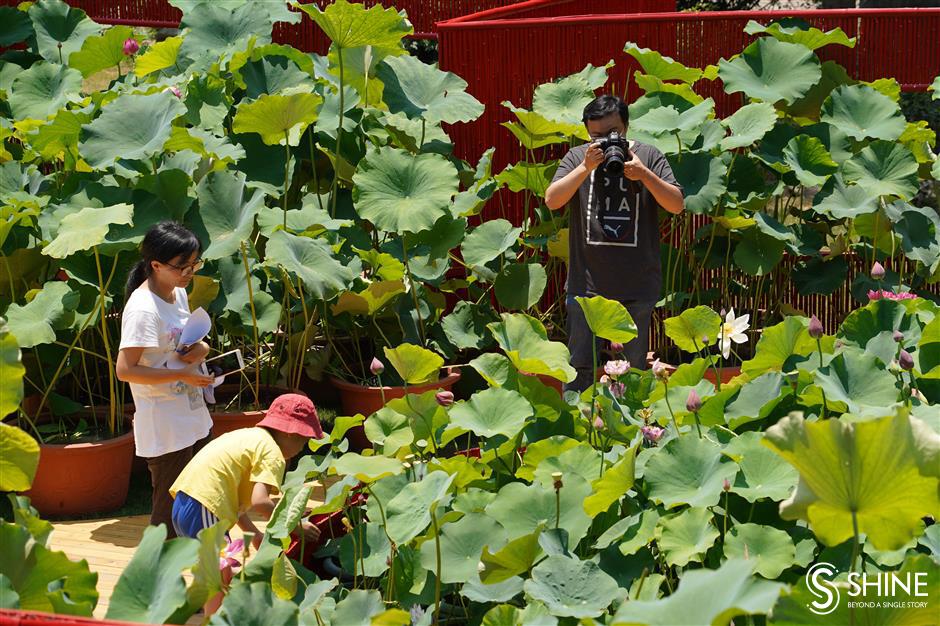 Visitors get close to lotuses.

The Shanghai lotus and water lily exhibition begins to bloom at Shanghai Guyi Garden in Jiading District on Friday, featuring flower landscapes celebrating the 100th anniversary of the founding of the Communist Party of China.

Lotuses and water lilies in red, pink, yellow and white present a sea of flowers.

About 500 varieties of lotuses and water lilies are on display, including rare and 20 new varieties showcased for the first time at the classical Jiangnan-style garden, which dates back to the Ming Dynasty (1368-1644). 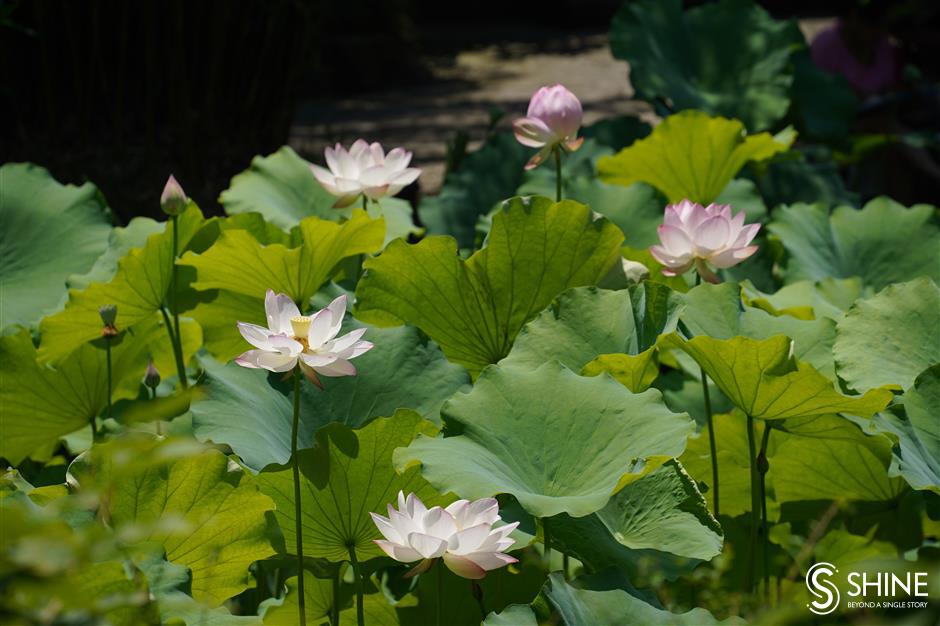 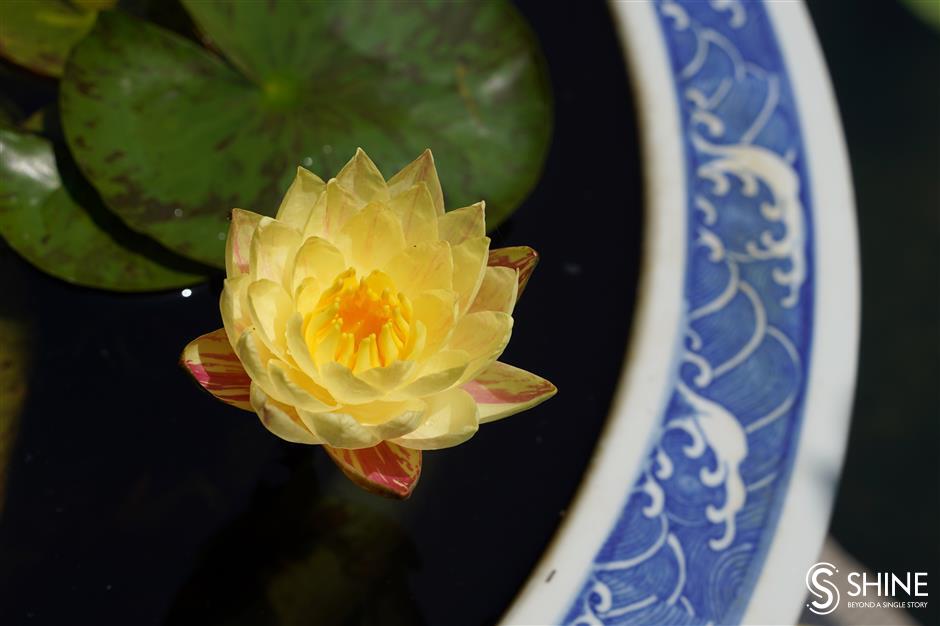 A lotus in a pool 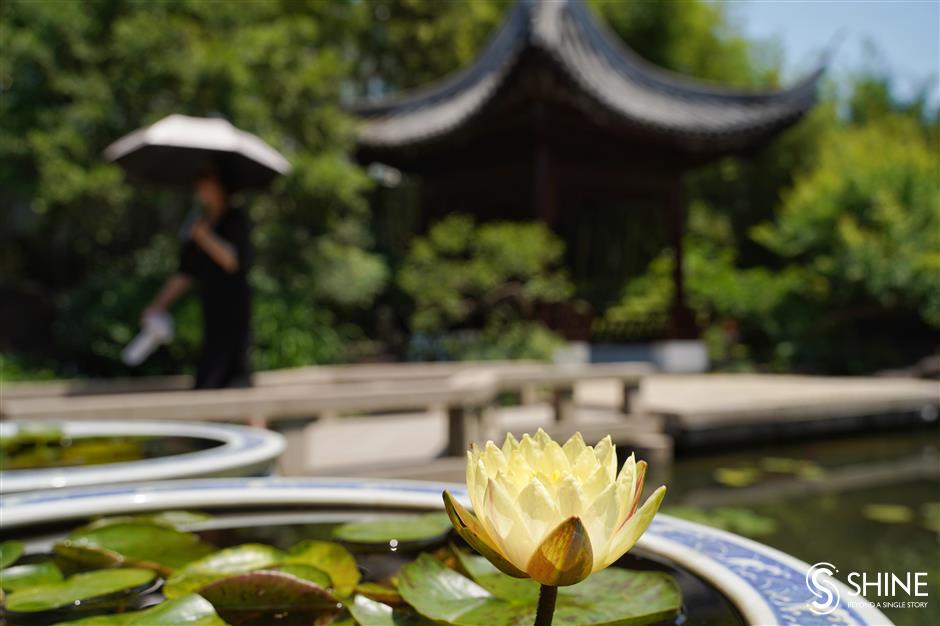 About 500 varieties of lotuses and water lilies are on display.

One of the landscapes features 100 lotus varieties of different shapes and colors, while another features the patterns of Red Boat, a historical boat in Jiaxing on which CPC founders convened a meeting in 1921, and architecture related to the city's revolutionary history.

The exhibition runs through July 25, and the best time to visit is expected to be in early July.

During the event, paper-cutting displays, a photo exhibition, concerts, performances and light shows will take place.

Lotuses are in bloom in the city earlier than usual due to the high temperatures of late.

Summer in Shanghai officially began on May 7, the second earliest on record and just a day later than in 2009.

Lotus blooming requires temperatures above 20 degrees Celsius for over 14 consecutive days and abundant sunshine is also a prerequisite, according to gardening experts.