The fishbone-shaped, lane-style Qishan Village community was listed as a protected block in 2005.

A project to install private toilets in a century-old Shanghai neighborhood is nearing completion as part of a campaign to solve some 100 difficulties for local citizens to celebrate the centennial of the Communist Party of China.

Private toilets or renovated shared bathrooms have been completed for 86 percent of the nearly 500 households in the Qishan Village community in Changning District. The unique Shanghai lane houses built in the 1920s have been refurbished and restored.

Designers have divided part of the public space or encouraged some residents to spare an indoor corner for the installation of the toilets, said Zhu Weihong, Party secretary of the neighborhood community on historic Yuyuan Road.

"The most challenging task is expected to be completed soon to largely improve the living condition of the community," Zhu said.

The neighborhood has been home to many notable citizens. Missile and space scientist Qian Xuesen (1911-2009) lived there after his return from the United States in 1955. His house is now a memorial to his legacy. Among other former residents were writer, translator and scholar Shi Zhecun (1905-2003), translator Fu Lei (1908-1966) and pianist Gu Shengying (1937-1967).

The case was promoted during an event to share the 100 social governance practices in Changning District.

In another model practice, Ge Mingming, a retired Shanghai Radio Station editor, launched a storytelling salon in the Hongqiao community in 2013. Over 100 sessions have been held among local residents, mainly retirees.

"Community services have given me broader space to show my talent after retirement," said Ge.

Guo Liang, a retired engineer, established a technical team to help install elevators in old residential buildings in the Shanghang Community near Hongqiao airport. Over a dozen elevators have been installed since his consultancy team was established in 2019.

Over 100 talented community workers such as Zhu, Ge and Guo were awarded by the district government to promote and encourage more innovative social governance practices.

Other awarded cases cover intelligent security guards, smart parking, convenient breakfasts and the smart elderly care. Mobile breakfast booths, for instance, have been set up at key office buildings and parks in the Hongqiao area to solve the difficulties of the white-collar workers in buying breakfast. 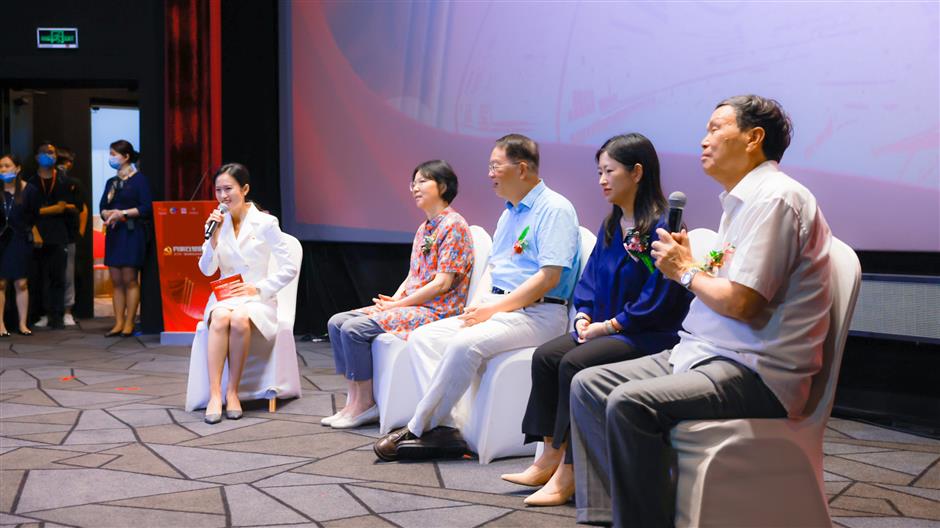