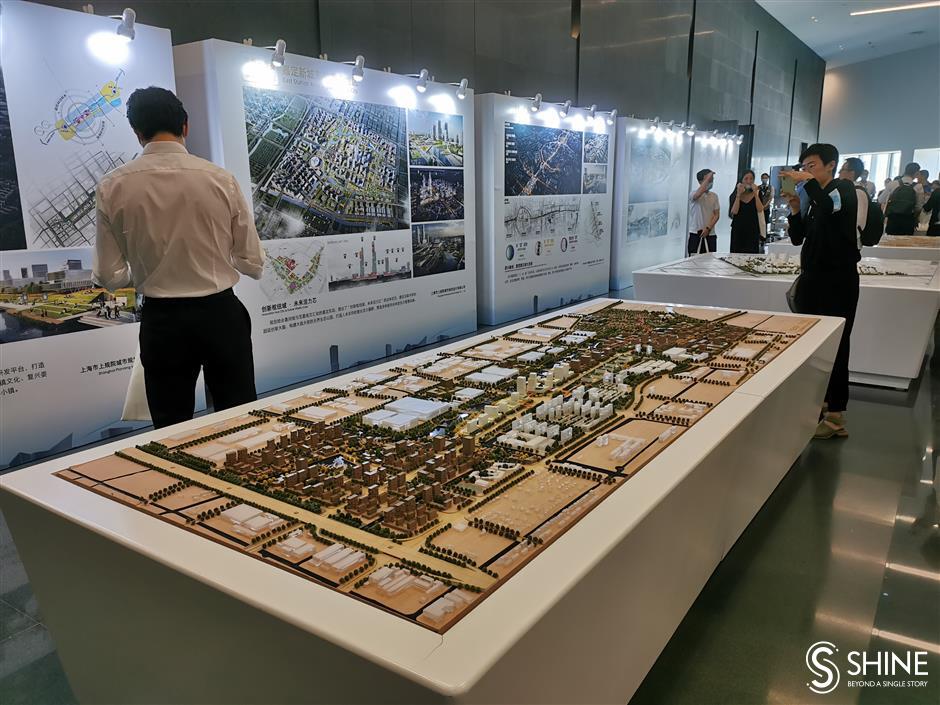 Winning designs on show at Shanghai Poly Theatre on Wednesday.

Winners of an international design competition for Jiading New City, one of the five "new cities" planned in Shanghai, were announced on Wednesday.

Designers from 22 teams were given the task of designing up to five key zones of the new town at the end of last year.

The winning designs will be taken as the foundation for further planning of the five zones, the Jiading District government said.

Jiading New City, in the center of the district, is to be expanded to 160 square kilometers from the current 122, and cover a third of the entire district.