Women with a background of higher or overseas education have been found getting involved in crimes involving new types of drugs, Jing'an District procurators said on Wednesday.

From 2018 to 2020, 36 people in 32 new-type drug cases were charged by Jing'an procuratorate and a third of them were women, much higher than the percentage of other criminal cases.

Eight women were among the 12 suspects with bachelor's degrees or above, according to a white paper about new types of drug-related cases between 2018 and 2020 released by Jing'an procuratorate ahead of the 34th International Day against Drug Abuse and Illicit Trafficking on Saturday.

In a typical case in 2019, Cai her asked her boyfriend, Zhou, to purchase five e-cigarettes abroad. They contained THC, a first-class psychotropic drug. Long-term use of it can affect the central nervous system. The couple were overseas returnees, according to the white paper.

The problem of new-type drugs trafficked from abroad is significant, the white paper said. Trafficking had formed a closed online trading loop of communication, trading and delivery.

In another case in late 2019, a drug dealer used FlashEx, a Chinese in-city express platform, to traffic drugs.

The district's procurators have strengthened the monitoring of entertainment places and delivery services against drug abuse and dealing. They are working with the delivery industry and related authorities to supervise delivery companies and parcels. They said they will also improve awareness of staying away from drugs among young people and minors by making popular science comics. 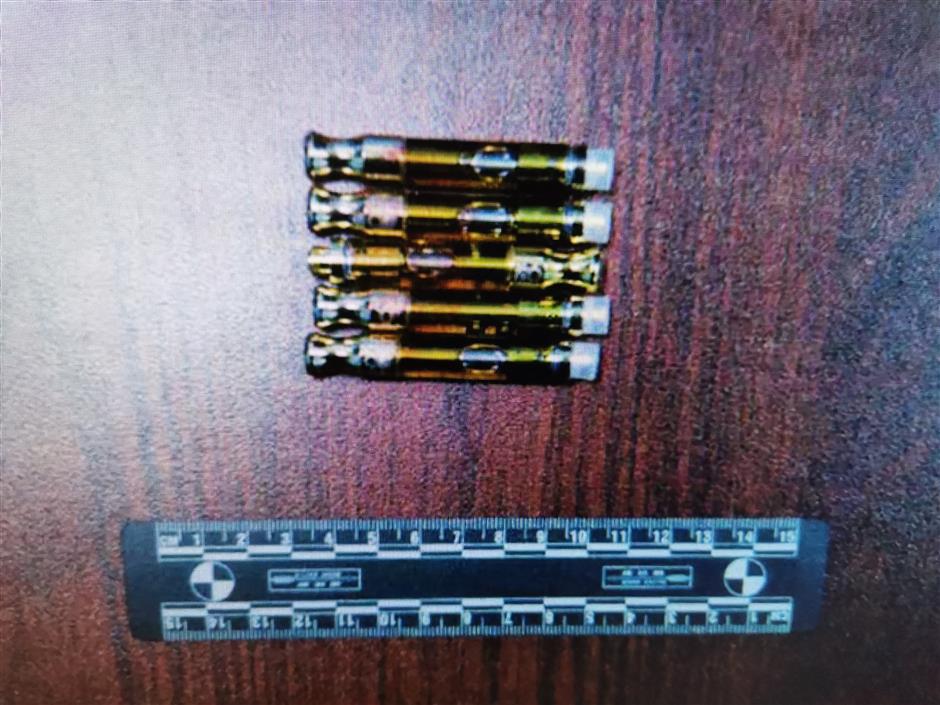 E-cigarettes with THC, a new-type drug.