Experts from Shanghai Ninth People's Hospital today announced a successful surgery using a tailor-made 3D printing structure to rebuild the right ear of a 9-year-old boy who suffers from microtia – congenitally abnormal smallness of the ear.

The boy was diagnosed with microtia upon delivery. The traditional therapy would be to take part of his soft rib for a series of surgeries to improve the ear's appearance and hearing function.

However, Shanghai Ninth doctors used the 3D printing structure to rebuild the boy's ear and improve his hearing function in only one surgery – the first time 3D printing technology has been used in Asia to form a supporting structure for an ear.

According to Dr Wu Hao, president of Shanghai Ninth People's Hospital, 5.18 of every 10,000 newborn Chinese babies have different levels of microtia. In addition to the deformed appearance, afflicted children experience poor auricular development that leads to impaired hearing. The deformity imposes both psychological and physical burdens to children, affecting their lives and studies. 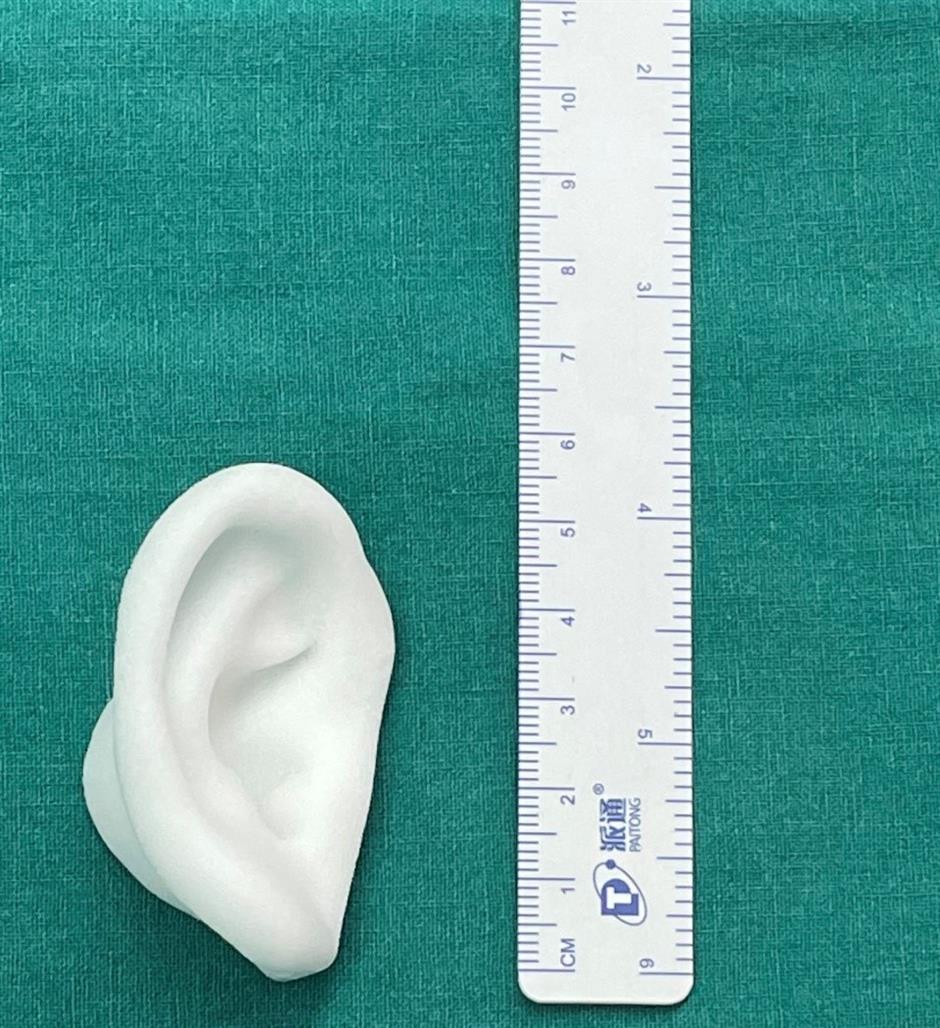 The ear structure through 3D printing