China Flower Expo over but bloom to linger

The 10th China Flower Expo closed on Saturday but some areas are still open to the public.

The South Park is open from July 3 to August 31, while the facilities in the North Park are planned to open late this month. Tickets for individuals will be 70 yuan (US$10.81) per person and for groups 40 yuan per person.

A closing ceremony on Saturday marked the end of the expo on the Chongming Island, which attracted 2.12 million visitors and over 24 million viewers online.

The scale, number of indoor and outdoor sites, duration and quality were better than previous expos, according to the organizers.

It was the first time a China Flower Expo has been held on an island, in the countryside and forest and with evening shows. At the same time, the 8th China Flower Trade Fair and the 11th China Ecological Civilization Summit were held with hundreds of activities.

The next China Flower Expo will be held in Zhengzhou City, capital of Henan Province. It will be the first time the flower expo has been held in a central province.

Magnolias were this year's star attraction. Thanks to the latest technology, 18 Magnolia trees were in full bloom in the hot summer weather in Shanghai Garden. It was honored with the grand prize of the outdoor exhibition area of this flower expo. 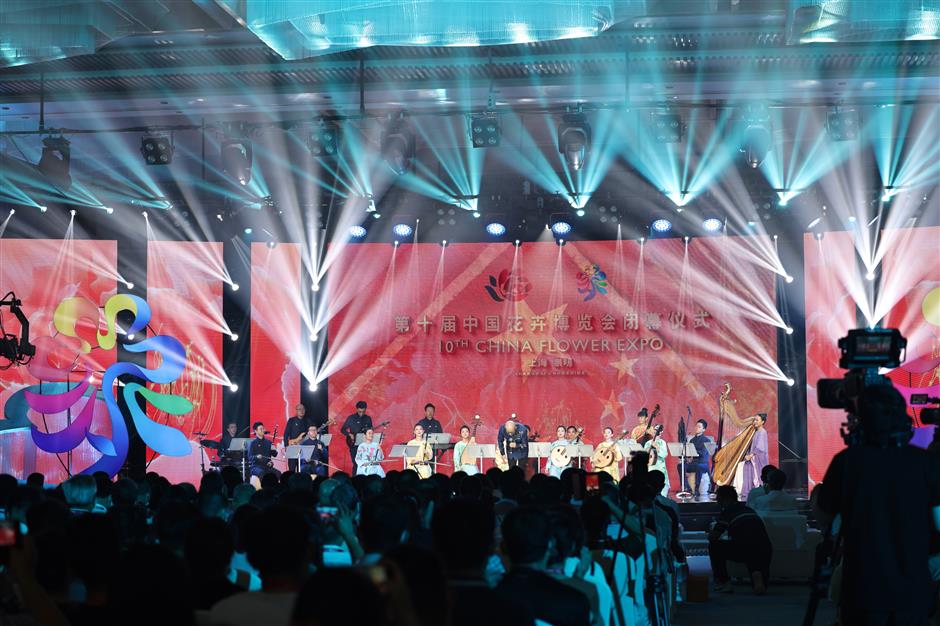 The closing ceremony on Saturday marks the end of the 10th China Flower Expo on the Chongming Island, which attracted 2.12 million visitors and over 24 million viewers online. 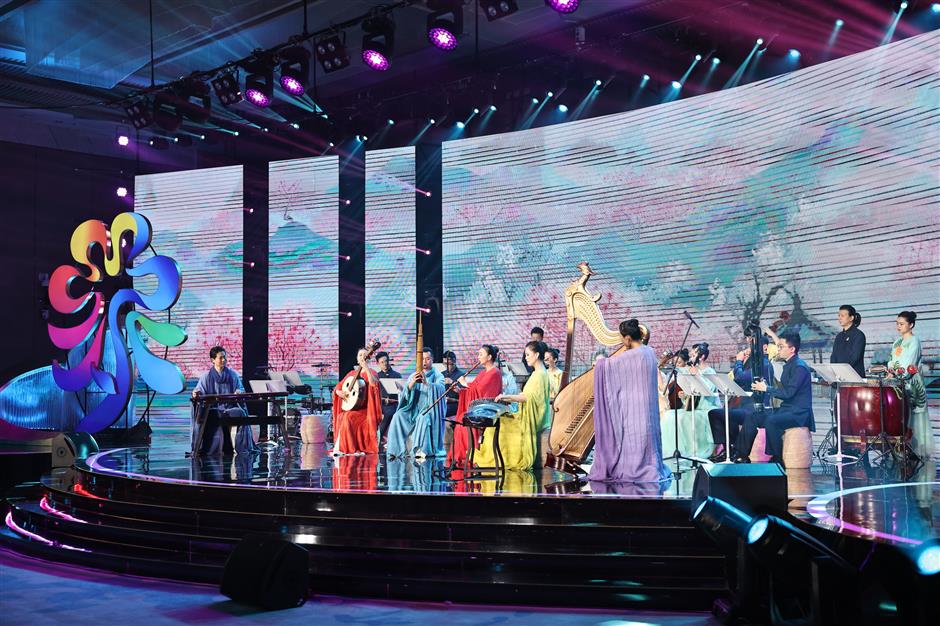 A Chinese folk music performance during the closing ceremony on Saturday. 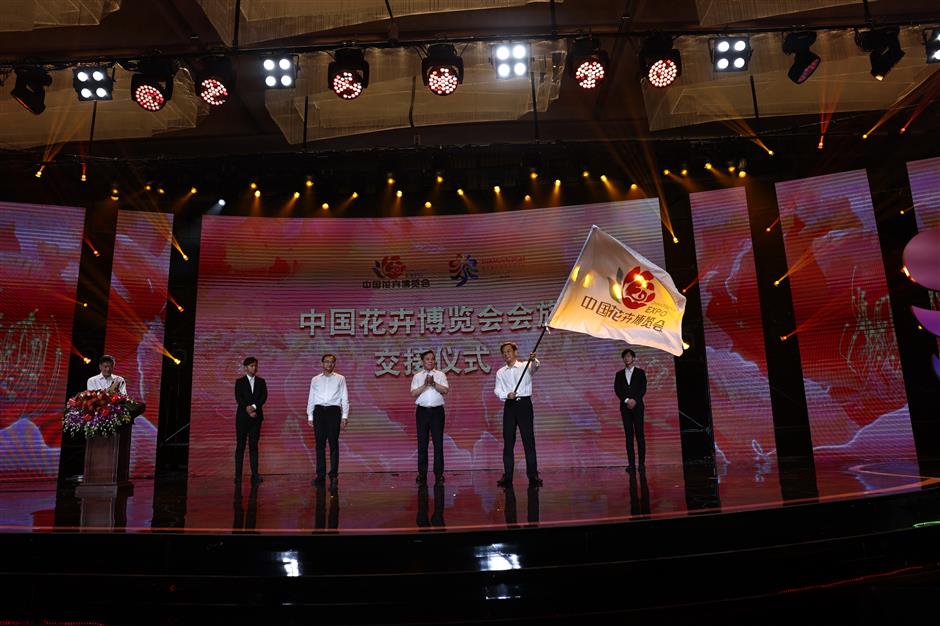 The next China Flower Expo will be held in Zhengzhou City, the capital of Henan Province.