The dog days of summer are descending upon city 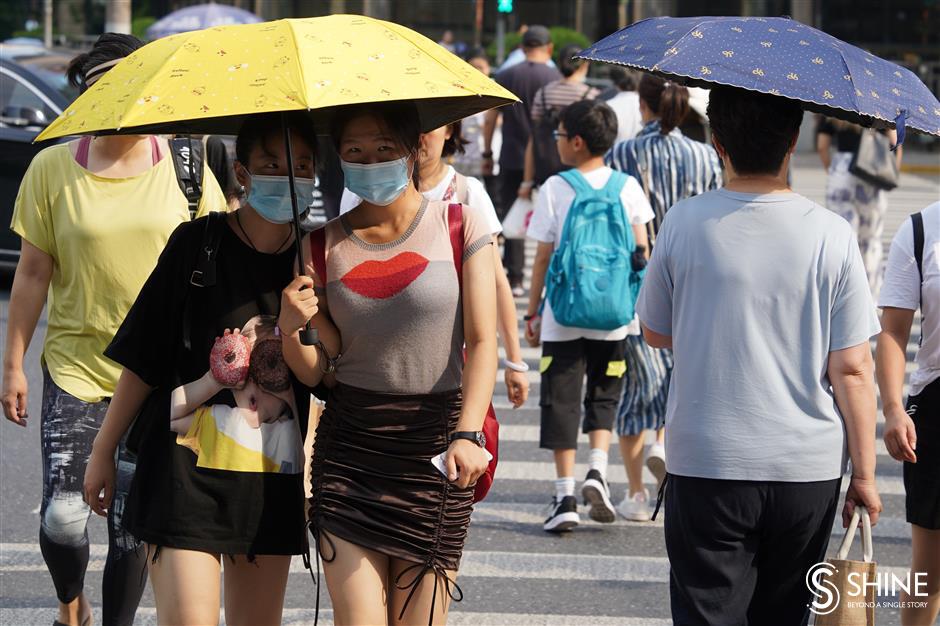 People huddle under umbrellas to avoid the hot sun in Huangpu District.

Shanghai began the scorching days of summer today with the temperature climbing to over 35 degrees Celsius.

At 2:17pm, the city's meteorological authorities issued a yellow heat wave alert, the lowest level of the three-color system, warning that the high temperature in the city will exceed 35 degrees over the next three days.

The alert is this year's first yellow heat alert, a week earlier than last year's first which was issued on July 12.

The low temperature will range between 27 and 28 degrees from Tuesday to Friday.

Residents are advised to use sunscreen, sunglasses and hats to protect their skin and limit outdoor activities.

The city is likely to get a little relief from the heat starting Thursday. The high temperature is expected to cool down to 31 degrees Celsius on Friday.

Thundershowers are expected during the hottest days this week, the weather bureau said. 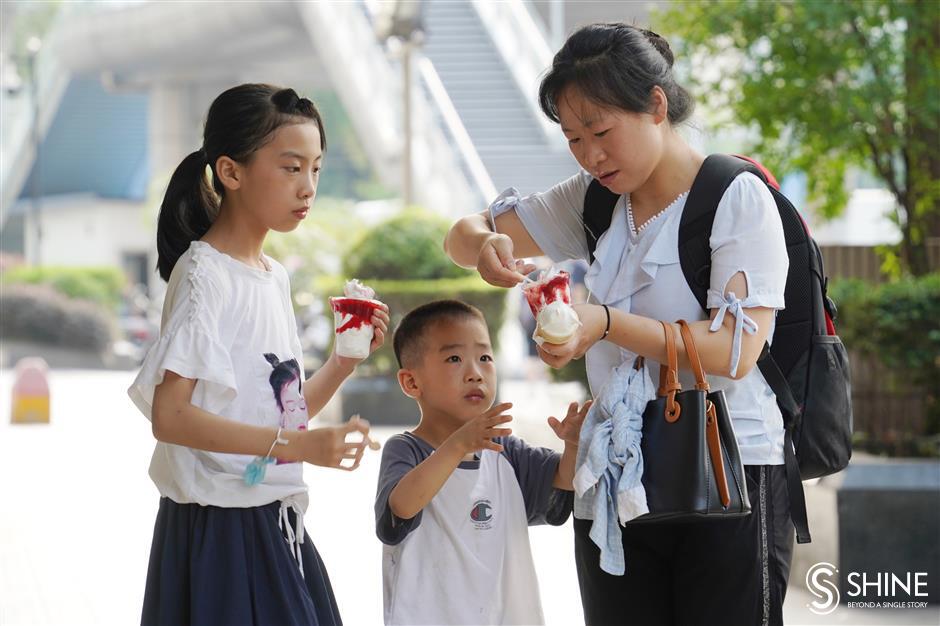 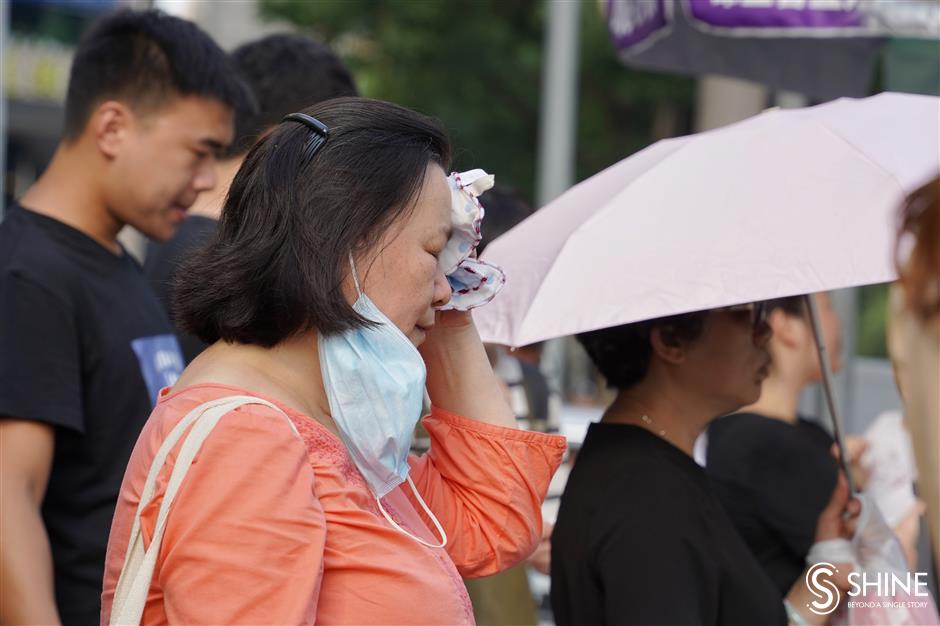 A woman wipes sweat with a handkerchief under the scorching sun.