Friendly reminders for those driving at night without lights on 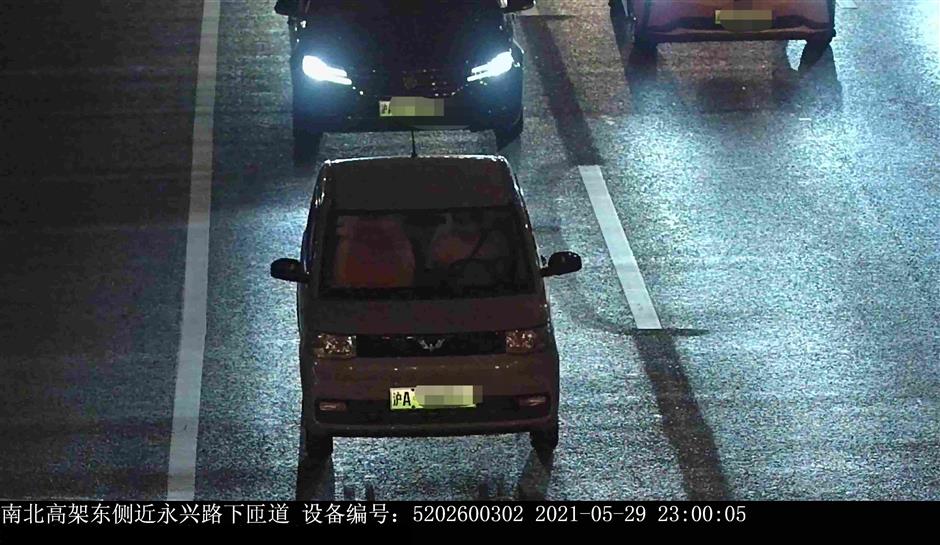 A car is detected by a police camera driving on the off ramp of the North-South Elevated Road at Yongxing Road without lights on the night of May 29.

Driving at night without lights on is not punishable by law in China, but it's considered very dangerous.

In Shanghai, traffic police have been using street cameras to catch cars driving without lights on at night, and sending reminder SMS messages to drivers of such cars.

Since May, about 1,500 reminders have been sent, police said today.

The reminder messages inform drivers when and where they were found to be driving without lights, and advise them to turn on their lights when driving at night for the safety of themselves and other people.

In most circumstances, those who drive with no lights on at night either drive cars with broken lights or are not used to checking if the lights are on when driving in the dark, police said.

Two people who have received reminders told police they wouldn't have noticed their car lights were broken had there not been the reminders.

So far, in 90 percent of the cases, cars caught with no lights on haven't had repeat offenses, police said.

Previously, traffic cameras on certain streets in Shanghai were enabled to catch drivers who illegally use high beam lights at night when not necessary. The cameras work by detecting whether lights from a car are unusually strong.