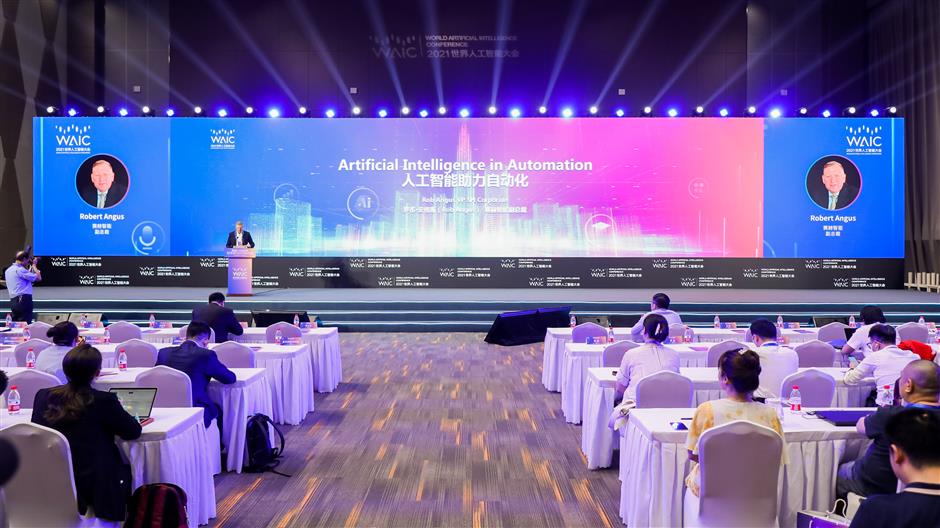 The deep integration of the digital economy and traditional industries will become a major trend for China's economic development, the head of a Chinese information technology think tank told a local forum today.

The pace of digital transformation across industries will greatly accelerate, especially with the wide applications of big data, cloud computing, the Internet of Things, artificial intelligence (AI), 5G and blockchain technologies, said Yu Xiaohui, director of the China Academy of Information and Communications Technology, a scientific institute under the Ministry of Industry and Information Technology of China.

The summit titled "Digital Economy – New Driver of Industrial Upgrading" was held at the China Baowu Steel Conference and Convention Center, renovated from what was once the tallest iron-steel boiler in Shanghai.

It was a key preview event for the World Artificial Intelligence Conference, which begins on Thursday in Shanghai. Government and company officials as well as experts shared their opinions on AI + manufacturing, the digital transformation of industrial groups and development of the industrial Internet. The district has hosted the annual forum for eight consecutive years.

Baoshan, the city's former iron-steel center, will use the summit as an opportunity to develop the digital economy, online new economy and digitalization to transform traditional industries, said Chen Jie, Party secretary of Baoshan. 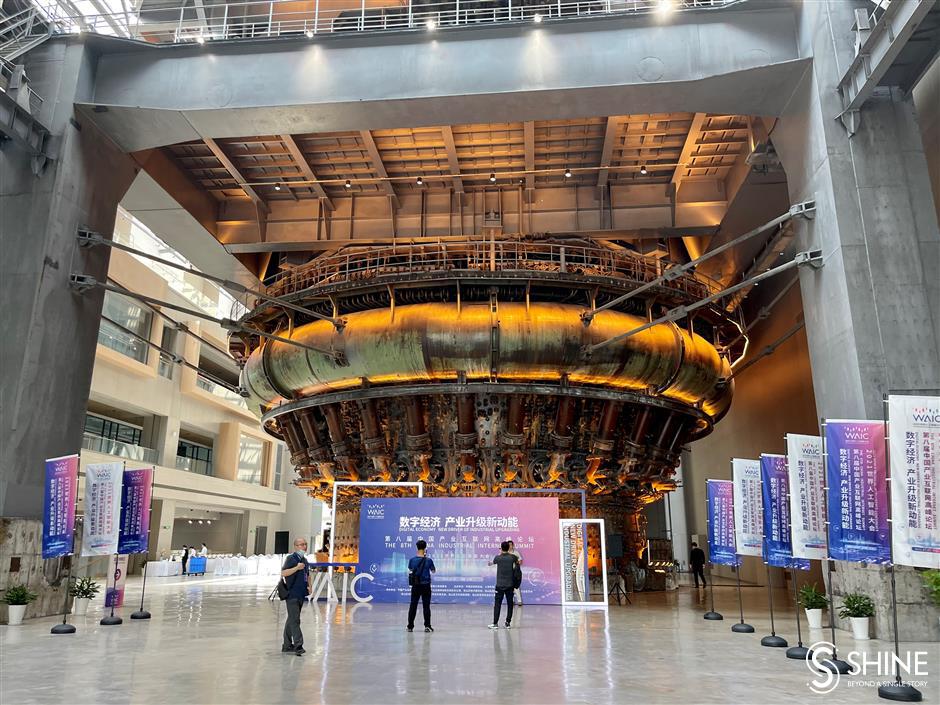 A boiler preserved in the China Baowu Steel Conference and Convention Center in Baoshan District.

The northern district aims to become a key front for Shanghai's ambition to become a scientific innovation center with global influence.

Ten pilot digital-transformation scenarios among Baoshan companies have been unveiled at the summit, including renovated factories of the Baosteel Group and the vaccine production line developed by Shanghai Pharma and CanSino.

Baosteel's unmanned cold-roll steel workshop, dubbed the "dark factory" because of its dim environment, has increased production efficiency by one-third while reducing labor costs by 10 percent.

The site of the summit is also a pilot project for the transformation of traditional industry. It was once home to the city's earliest iron-steel plant – the No. 1 Shanghai Steel Factory – and later became the core production base for Baosteel. Chairman Mao Zedong and former leaders Deng Xiaoping and Jiang Zemin once visited the site.

The district has accelerated the integration of traditional manufacturing industries and Internet technologies. Robotics, intelligent manufacturing and AI companies, for instance, have received strong support from the district government to promote various industrial and warehouse robots among the factories and companies in Baoshan. 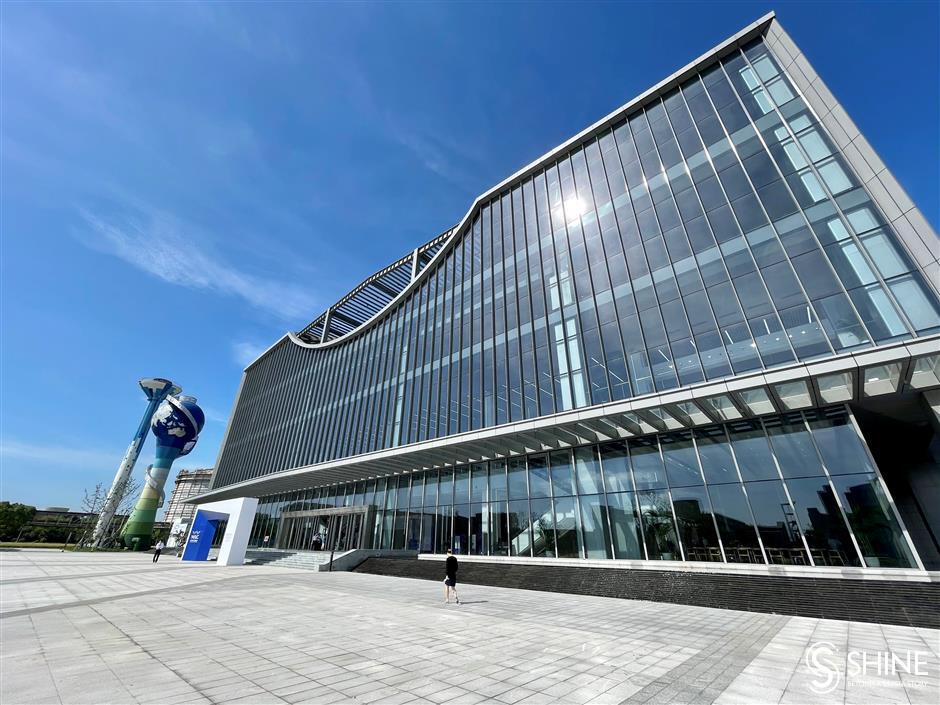