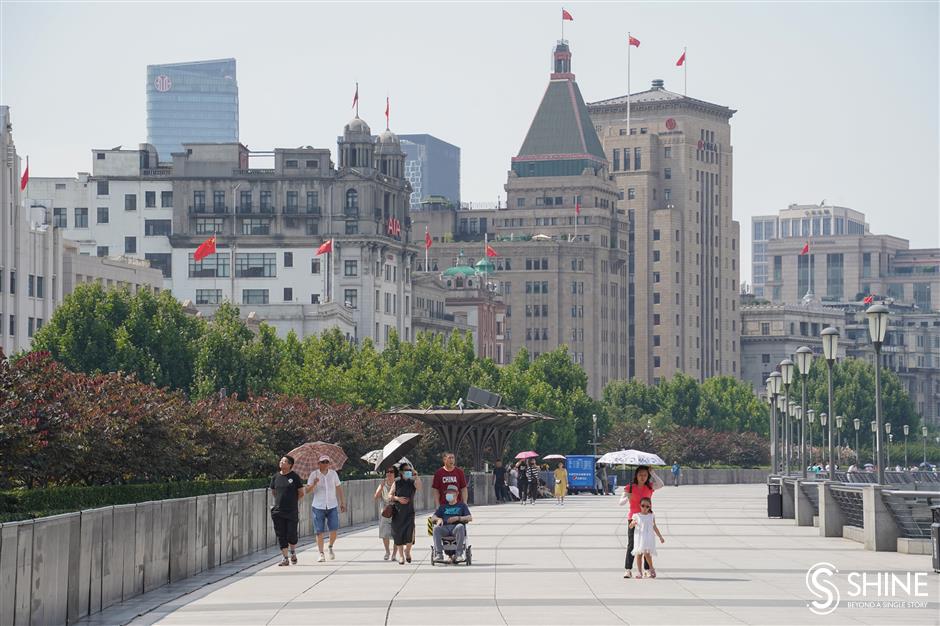 A handful of visitors stroll along the Bund during the heat wave.

Shanghai switched to sizzling mode as the temperature hit 37 degrees Celsius on Wednesday.

The temperature has been as high as 35 to 37 degrees in the last three days.

The city's meteorological bureau has issued a yellow heat alert for three consecutive days. At 12:43pm on Wednesday, the bureau updated the alert from yellow to orange, the second highest alert on its three-tier system.

This is the first orange heat alert of the year, warning that temperatures in the city could exceed 37 degrees Celsius.

At 12:40pm, the mercury rose to 37 degrees in downtown Xujiahui, which was the city's hottest region, followed by Pudong New Area's 36.7 degrees and Minhang District's 36.4.

Meanwhile, yellow lightning and blue gale alerts were issued by the bureau at 5:15pm and 5:21pm respectively, indicating rain and strong wind are expected to hit the city within six hours.

The weather is expected to be a little bit cooler today, with a high of 33 degrees Celsius.

The bureau advised people to guard against the heat wave, decrease outdoor activities and drink plenty of water. Workers exposed to the intense heat should take protective measures.

The plum rain season is not over yet, with thunderstorms and showers expected over the next four days and temperatures ranging between 27 and 34 degrees.

The 11th solar term on the traditional Chinese calendar, xiaoshu, or slight heat, fell today, marking the arrival of mid-summer with high temperatures.

Seasonal fruits and vegetables such as watermelon, cucumber, white gourd, aubergine and mung beans can help relieve the discomfort caused by the heat. 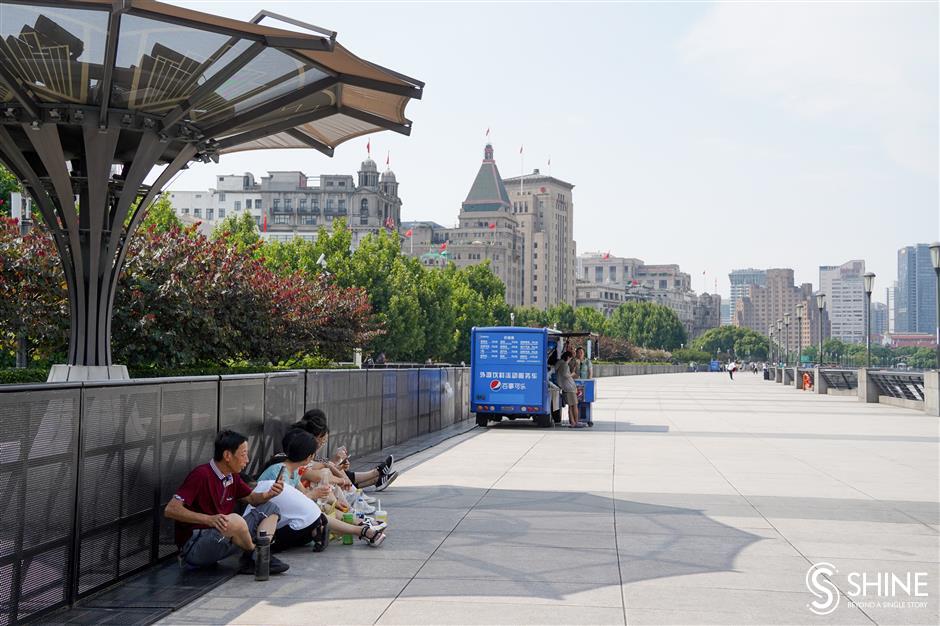 People rest in the shade. 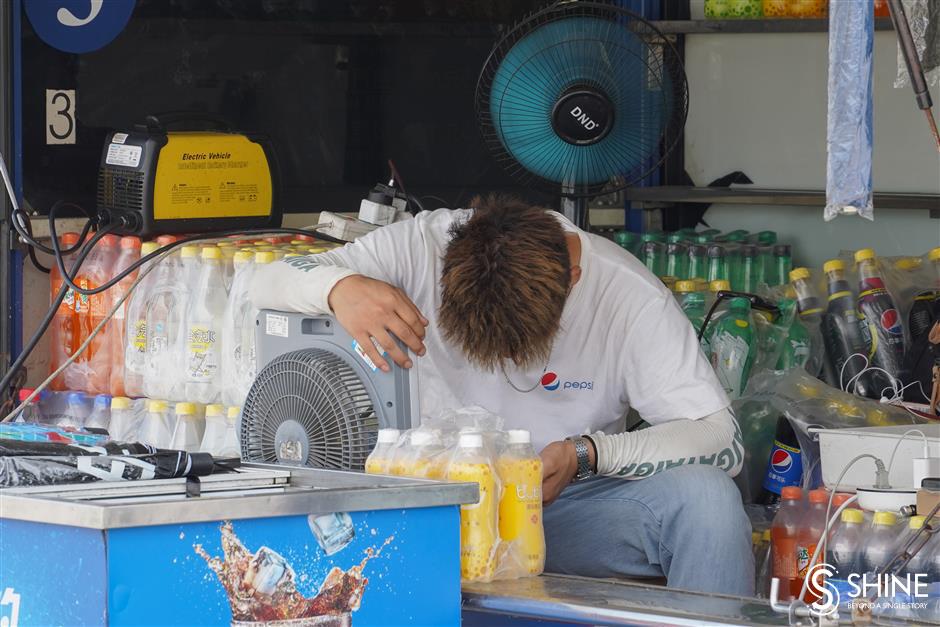 A man cools himself by holding a blowing fan in a drink shop. 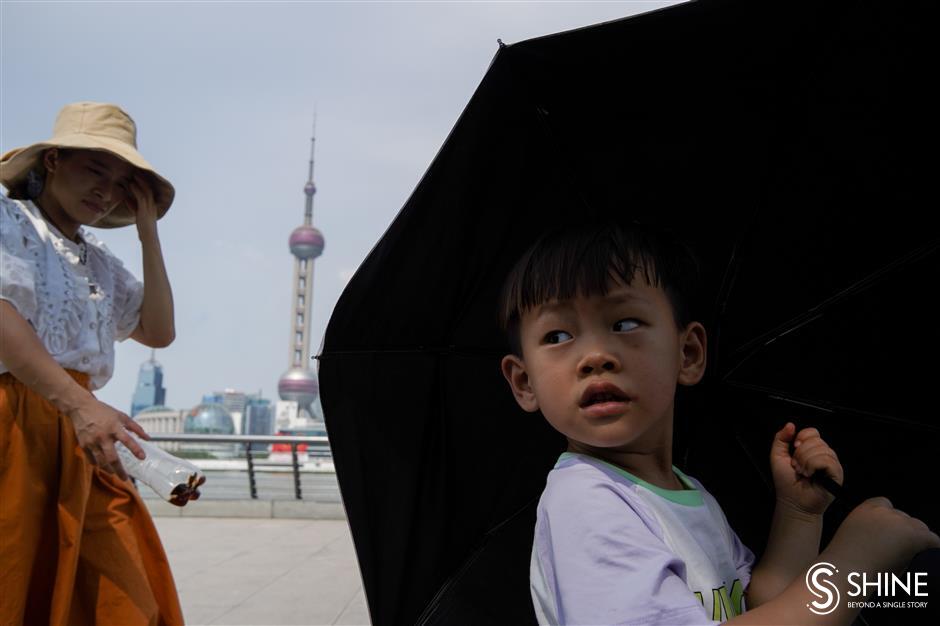 A boy huddles under a large umbrella to avoid the sun on the Bund.