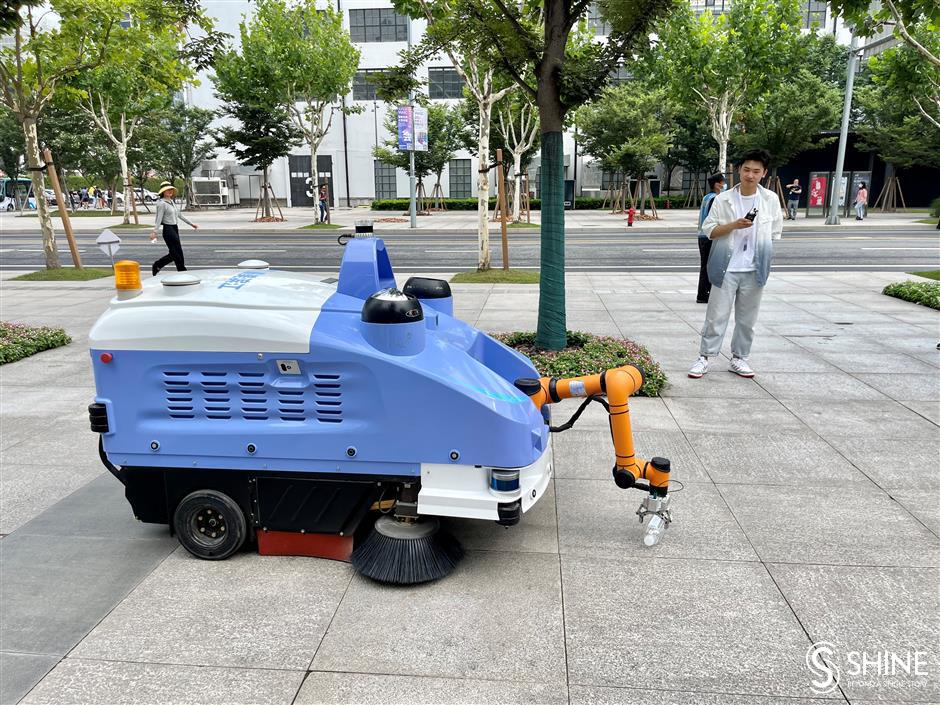 An unmanned cleaning vehicle picks up a recyclable bottle on the West Bund waterfront.

A mobile vending machine, a self-driving bus and an unmanned garbage-sorting robot have been put through their paces for the first time with other service technology on the Huangpu River waterfront in Xuhui.

They were at work and on display at the West Bund site while serving patrons from the World Artificial Intelligence Conference that began on Thursday.

Unicorn, COWA Robot's automated cleaning machine that is said to be the first of its kind, was sweeping and mopping the pavement outside the West Bund Art Center, a secondary venue for the conference.

Its robotic arm will pick up plastic bottles, cigarette packs or other recyclable garbage and put them into categorized bins.

The automated self-driving robot is equipped with an accurate laser radar to help it avoid pedestrians or obstacles, according to the company. 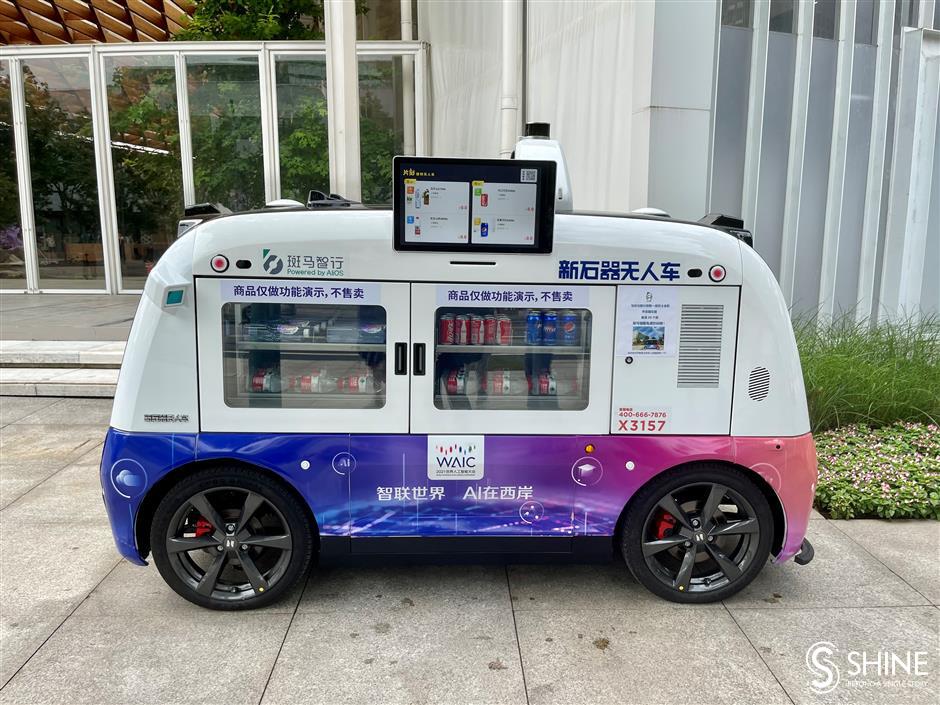 The mobile vending machine patrols around the West Bund waterfront.

The robot is intended to solve the labor shortage of cleaners and avoid traffic accidents that involve cleaning vehicles, the company said. It is expected to be promoted for use across China.

The eight-seat vehicle has over 20 sensors, including high-definition cameras, lasers and ultrasonic radars, and can drive along designated routes at speeds of 10 to 20 kilometers per hour.

It is taking participants to the conference site during WAIC or shuttling them to the riverside region, one of the most popular downtown waterfronts featuring over a dozen museums and art galleries. Although safety staff are on board, the bus can stop or avoid other vehicles automatically . 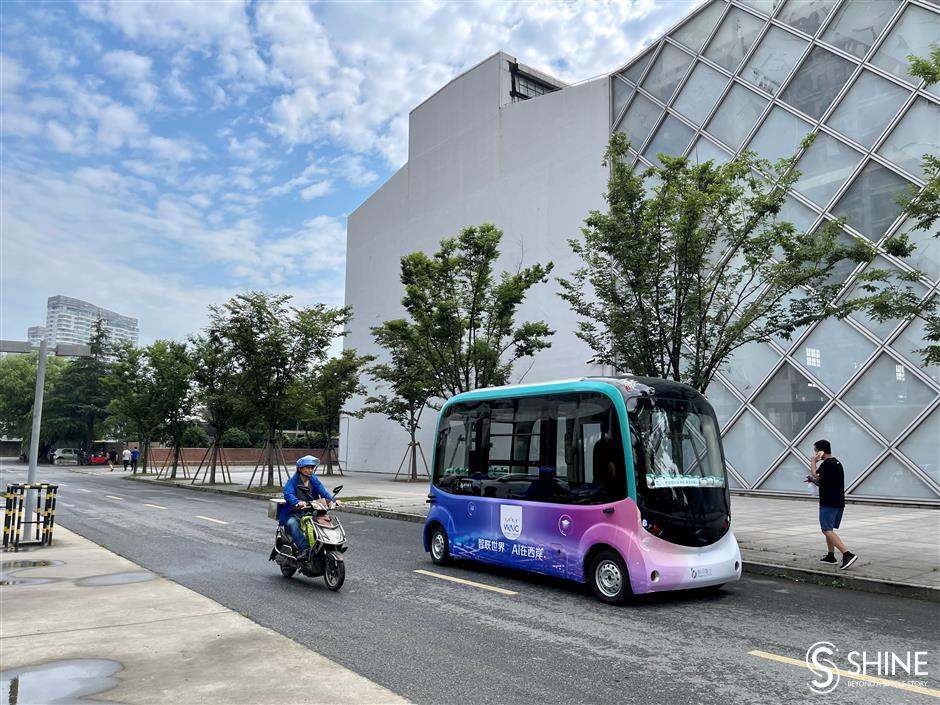 Startup Banma also launched its vending vehicle in front of the art center. The service robot patrolled around the waterfront to allow customers to buy drinks or snacks by simply scanning a QR code on the vehicle.

Each vehicle can load 500 kilograms of products, mainly offering cold drinks in the city's sizzling hot temperatures during the conference. It will stop after detecting the hailing of any pedestrian.

Inside the art center, a robotic arm can automatically make various latte coffee and serve them to customers. The machine's AI ​​system from Megarobo can teach the robot various coffee-making skills and customized varieties. 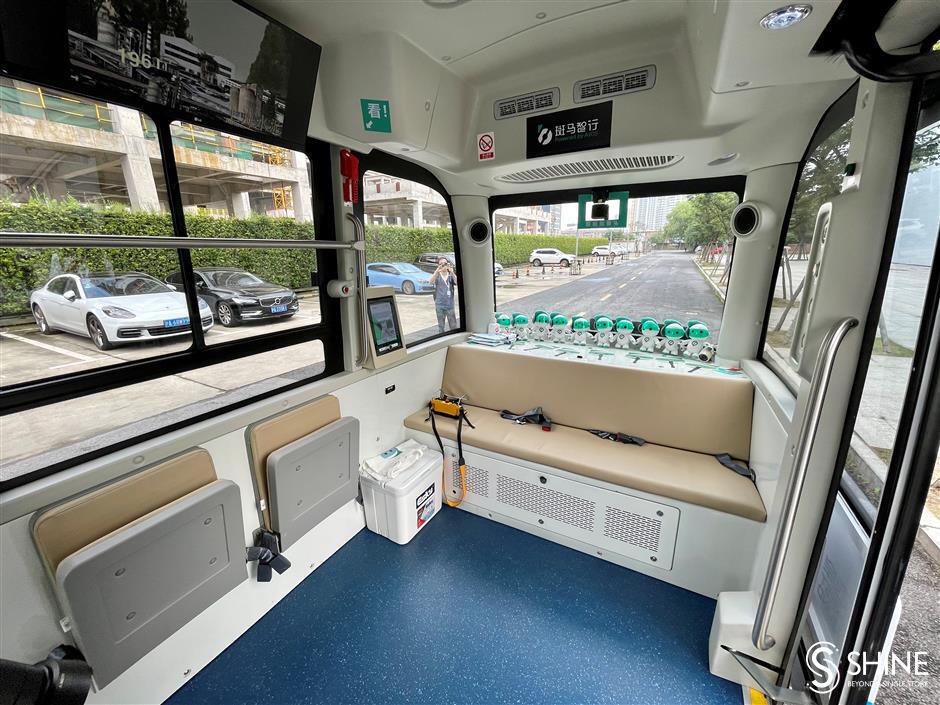 The unmanned bus has eight seats.

Its West Bund waterfront has attracted some of the world's top scientists and companies working in the realm of AI.

The riverside region reflects the city's early industrial heritage, once encompassing a coal wharf, cement factory, several giant fuel tanks and an aircraft hangar. Today, it has ambitions to become the "AI Valley" of Shanghai, covering 1.2 million square meters along the river for related industries. 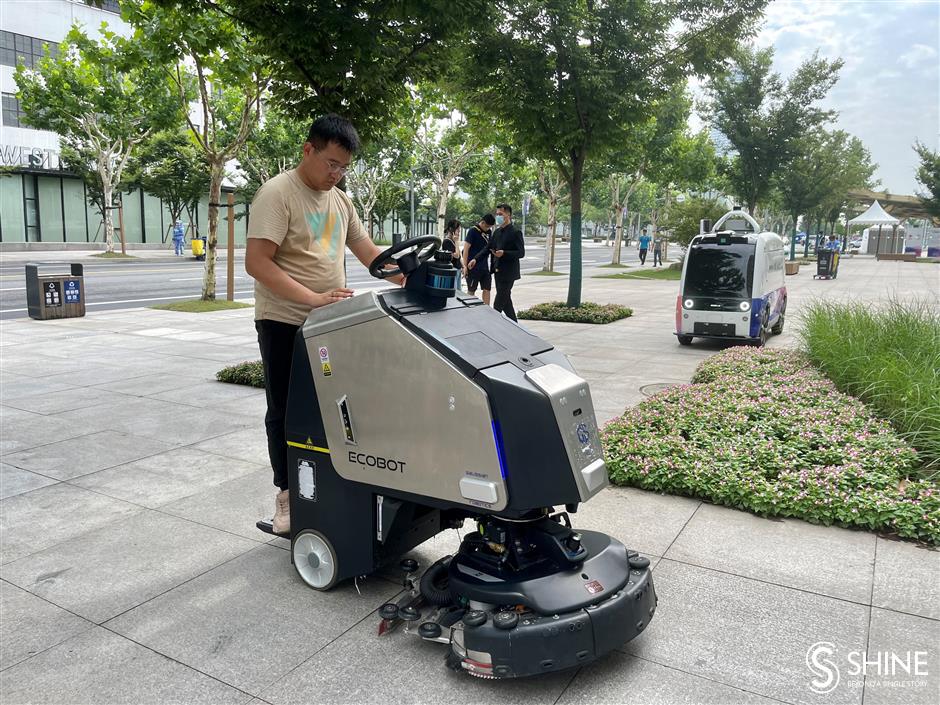 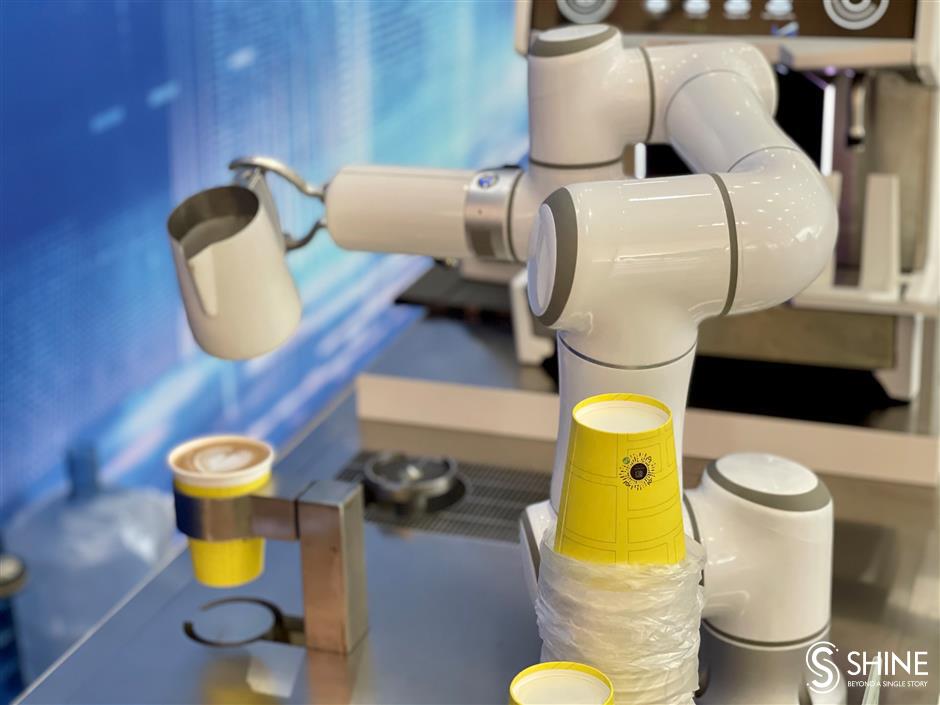