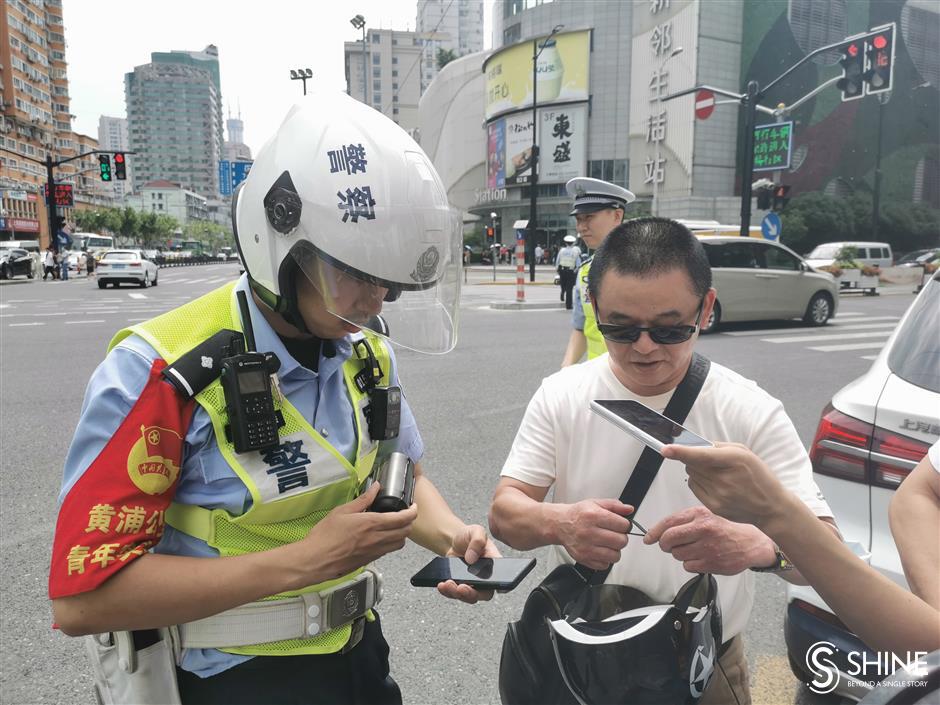 An e-biker is fined by police for not wearing a helmet at the intersection of Lujiabang Road and Xizang Road S. in Huangpu District this morning.

E-bikers not wearing helmets will be fined 30 yuan (US$4.60) if discovered by the police, Shanghai traffic police said today.

Previously, helmet-less riders received warnings from police for a first time offense and fined for any subsequent violations.

The city's new regulation for non-motor vehicles which took effect in May requires all e-bikers and their passengers to wear helmets.

Currently, more than 90 percent of e-bikers wear helmets, according to police.

This morning, at the intersection of Lujiabang Road and Xizang Road S. in Huangpu District, most e-bikers passing by were wearing helmets.

Some of the e-bikers caught by police without helmets on said they were broken or it was too hot to wear them, while others claimed they temporarily took off the helmets to answer the phone or they couldn't wear them due to skin problems.

Even though most of them had helmets with them on their e-bikes, they were still fined by police. 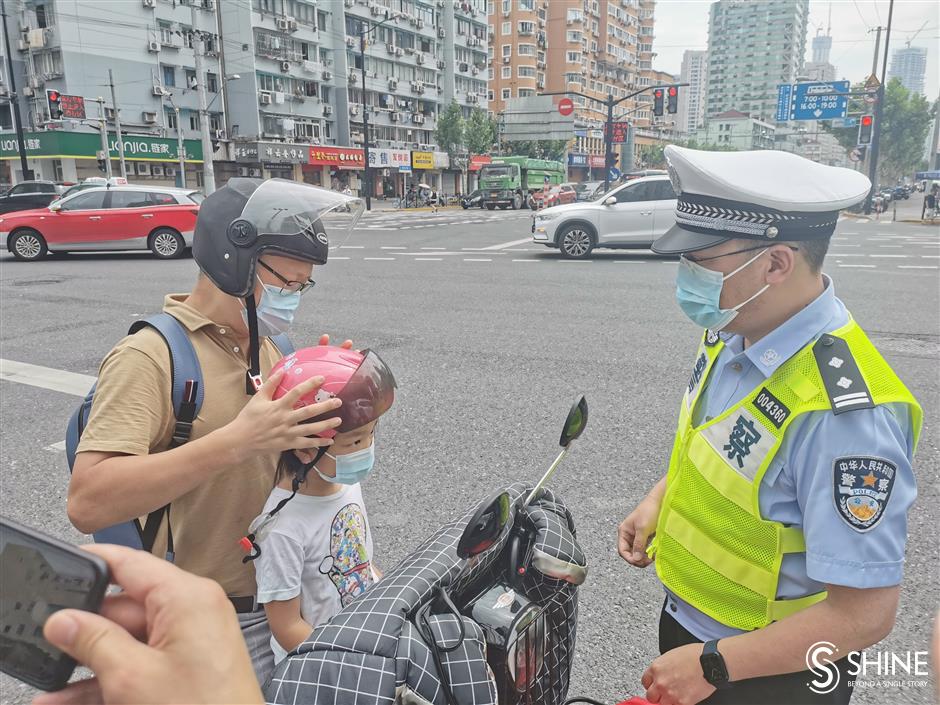 An e-biker is stopped by the police at the intersection of Lujiabang Road and Xizang Road S. in Huangpu District this morning because his child was not wearing a helmet.