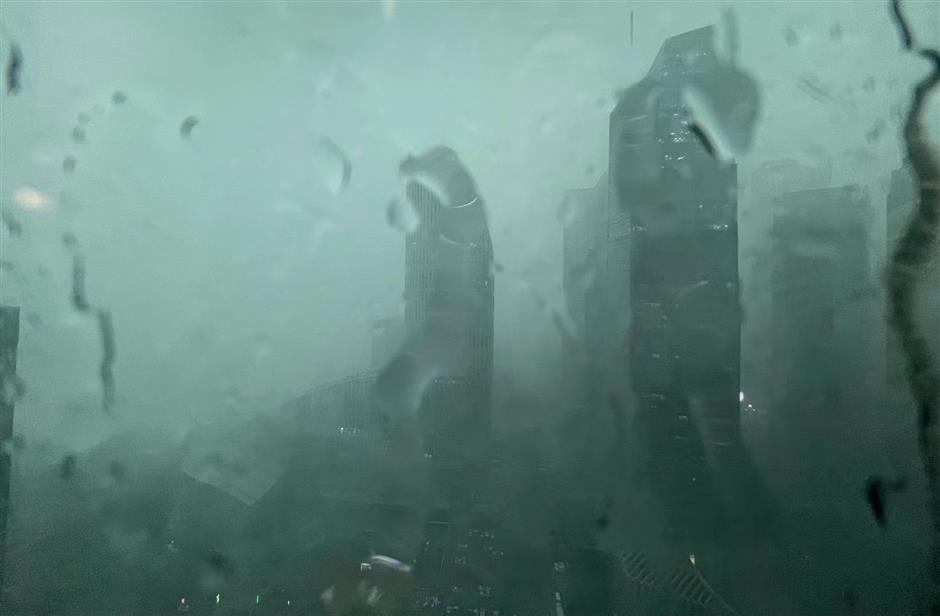 Visibility in Shanghai's Lujiazui area is severely reduced by heavy rain on Thursday.

Heavy rains and strong winds hit Shanghai on Thursday, triggering three yellow alerts for gales, lightning and rainstorms and causing more than 450 flights to be canceled.

Blue gale and yellow lightning alerts were lifted by the city's meteorological bureau around 1pm. A blue rainstorm alert was issued at 2:37pm. It was updated to yellow within an hour along with the gale alert.

Authorities warn thunder, strong winds and heavy rains of more than 50 millimeters are expected to continue into Friday.

Yellow is the second lowest of the four-tier warning system. Blue is the lowest.

Authorities are ready to implement emergency plans and local departments should focus on key areas such as the city's roads, residential communities and underpasses to prevent traffic congestion, falling objects and flooding.

More thunderstorms are expected on Friday and Saturday with temperatures ranging from 27 to 33 degrees.

Temperatures could go back above 35 degrees from Sunday to Tuesday

More than 450 flights were canceled – 300 at Pudong and 150 at Honqiao – and about 100 others were delayed on Thursday due to thunder and heavy rain, the Shanghai Airport Authority said.

Air traffic control issued a yellow alert, the third severest of its four-tier alert system, on Thursday and forecast takeoff and landing capacity at Pudong and Hongqiao would be reduced by 40 percent.

Long lines of passengers were waiting at airline counters to change or cancel their flights. 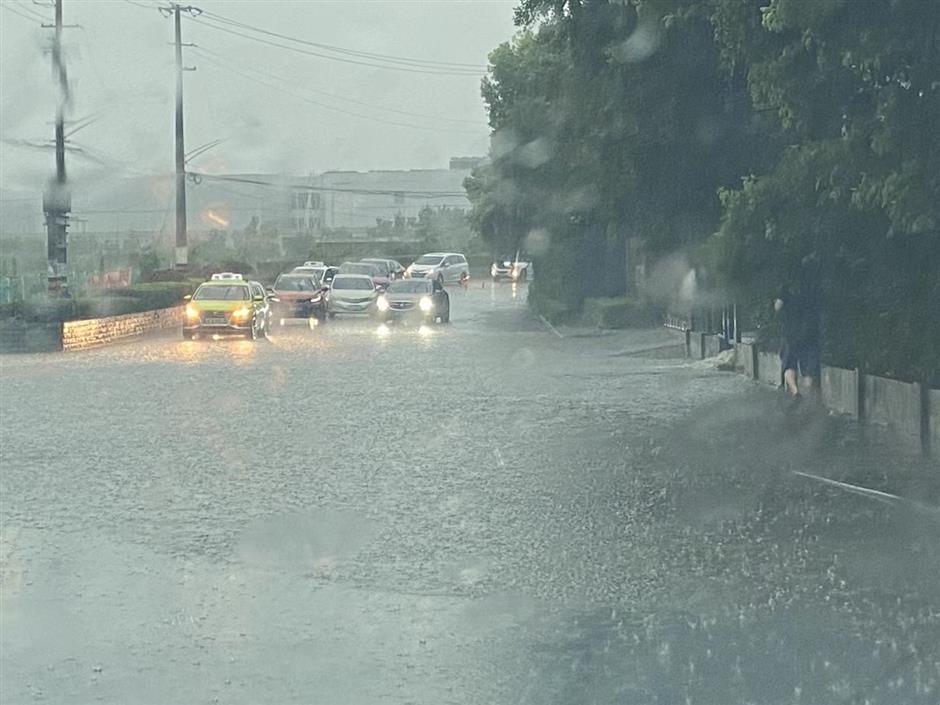