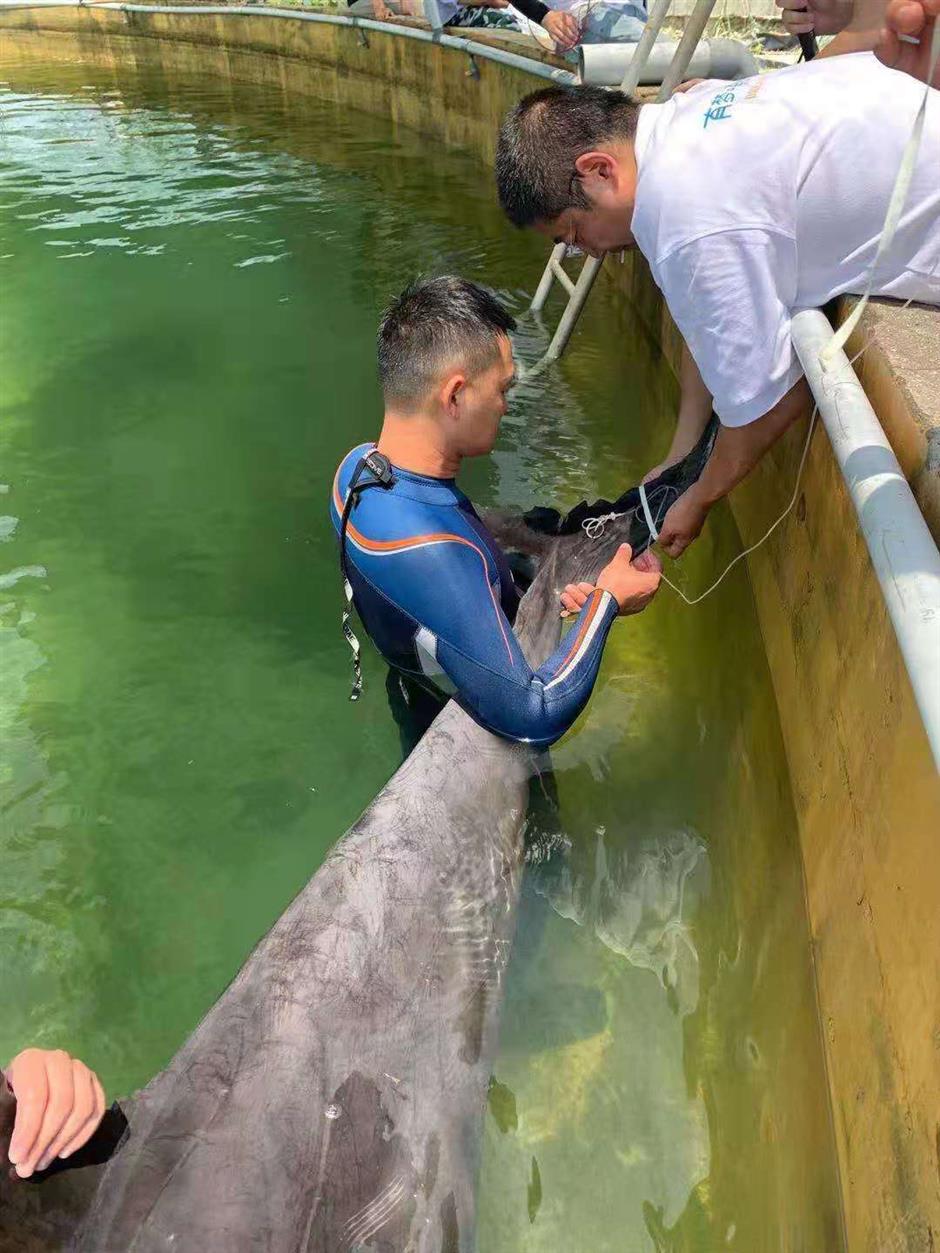 A whale under rescue 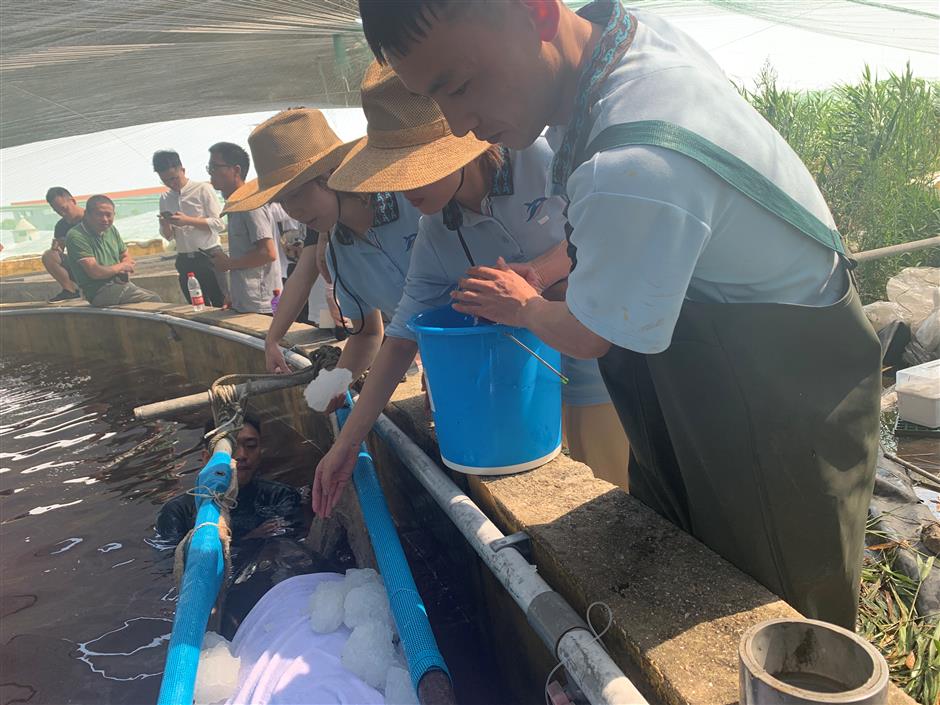 A whale under medical treatment

Six whales stranded in the Toumengang seaside area of Taizhou in neighboring Zhejiang Province have been rescued and released into the wild, a rescue team from Shanghai said today.

Twelve were found stranded on July 6 and five have died. One is still under treatment.

Three were already dead when found, said Mou Kai, who led a team of eight from Shanghai Haichang Ocean Park to rescue the whales.

Two were in good condition when spotted and released into the wild.

The bodies of the stranded whales were paralyzed and stiff due to a long period of immobility, and they could not swim, said Mou.

They received infusions and medical examinations, but two died during treatment.

The remaining whale is still in serious condition, according to Mou.

They were probably stranded because the navigation of the leading whale went wrong, as well as viral infections and sudden changes of familiar environments, leading to a change in their movement route, said Mou.