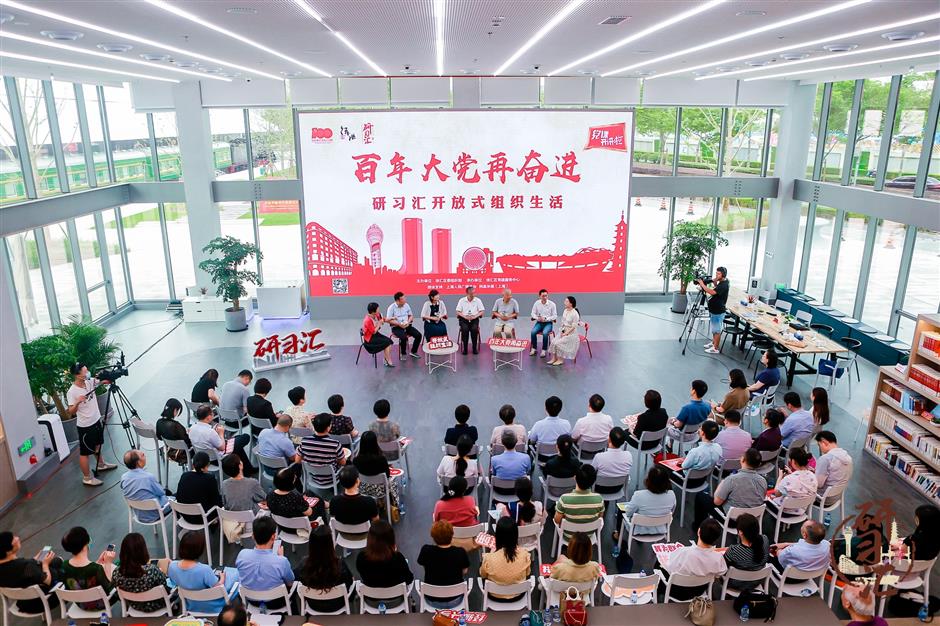 The Yan Xi Hui, or "gathering for research and study," opens to the public at a riverside service station at 99 Ruining Road.

A public forum has been launched at a new flagship facility on the West Bund waterfront in Xuhui District to invite citizens to share their stories or give suggestions on urban development.

The Yan Xi Hui, or "gathering for research and study," is open to the public free of charge at the riverside complex at 99 Ruining Road. It is designed to practice the "people-oriented city" concept raised by President Xi Jinping during a visit to Huangpu River waterfront in November 2019.

Retired government officials, Party secretary of a local middle school, a community worker, a young entrepreneur and experts were invited to the forum during the latest session. It attracted dozens of attendees and over 100,000 online viewers.

The speakers mainly shared their thoughts after watching the centennial celebration of the Communist Party of China and the speech of President Xi on July 1. 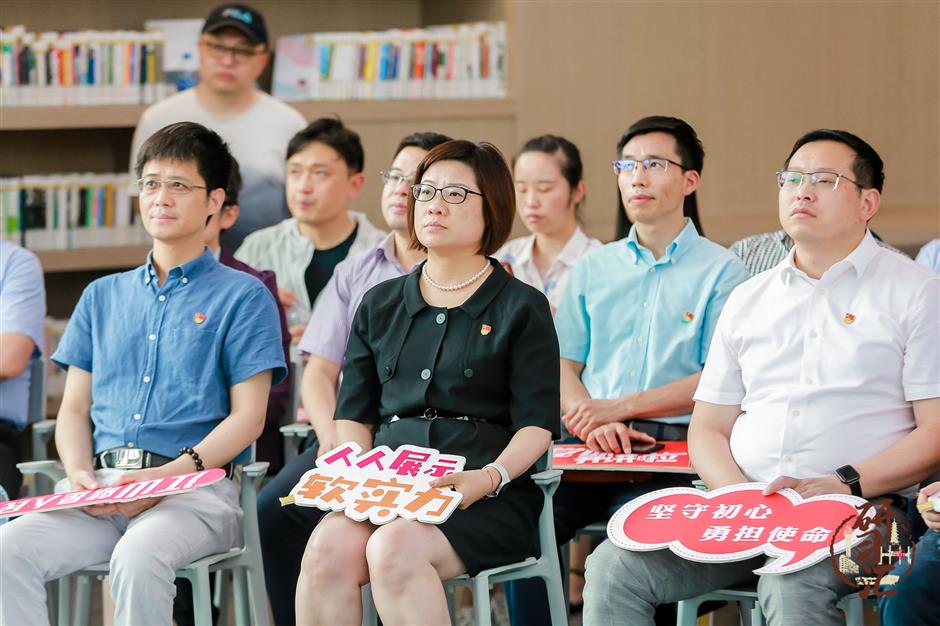 Officials and citizens listen to a lecture at the service station.

Such public forums will be held regularly at the facility. It serves as a key site for local Communist Party of China members to study the history and achievements of the Party through exhibitions and documentaries.

Twenty training sessions have been prepared for people from all walks of life, mainly to promote "people-oriented" urban development concepts.

Xuhui has developed some 20 such riverside service areas along the 8.4-kilometer waterfront, with toilets, rest areas, mobile phone charging facilities and event organization and consultation services. 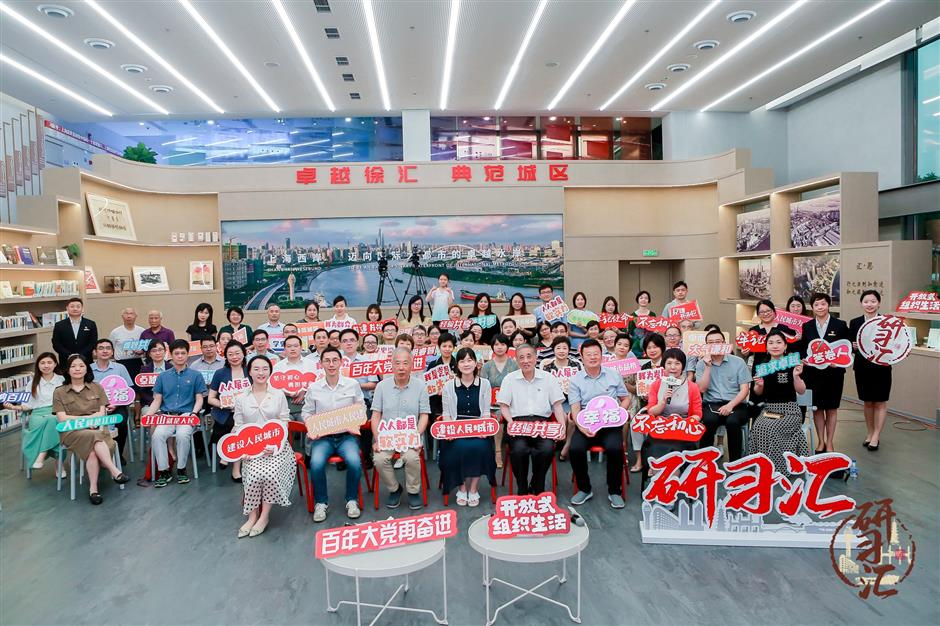 Lecturers and audiences pose together at the Xuhui service station.