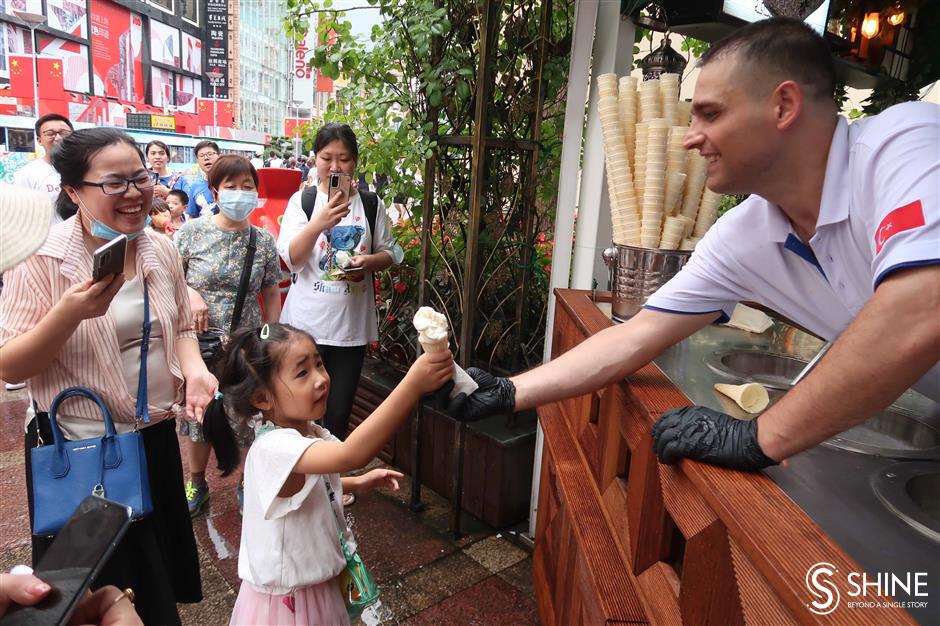 A girl buys an ice-cream from a salesman on Saturday, the last day of this year's plum rain season. 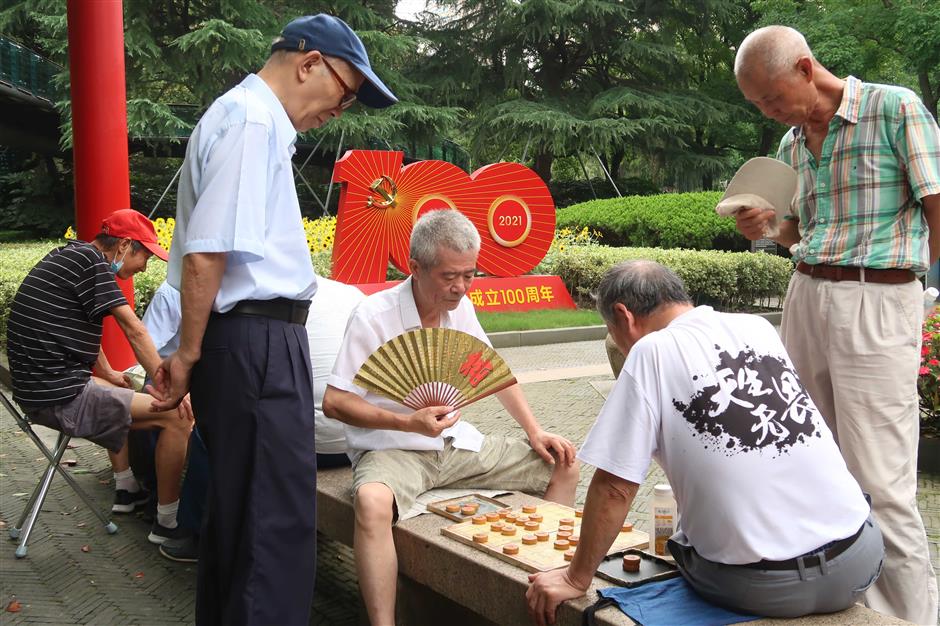 People play chess in a park. 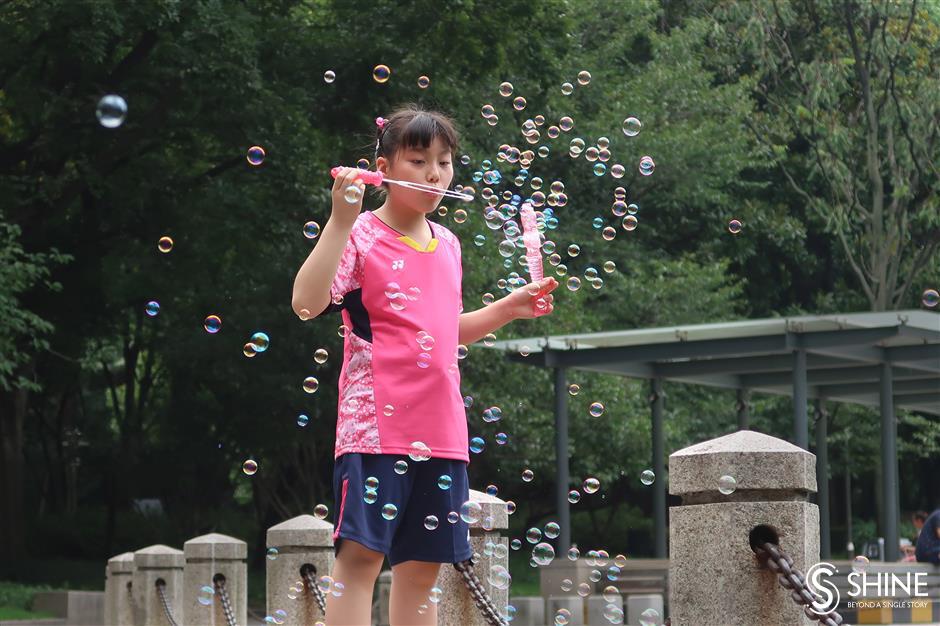 A girl blows bubbles in a park. 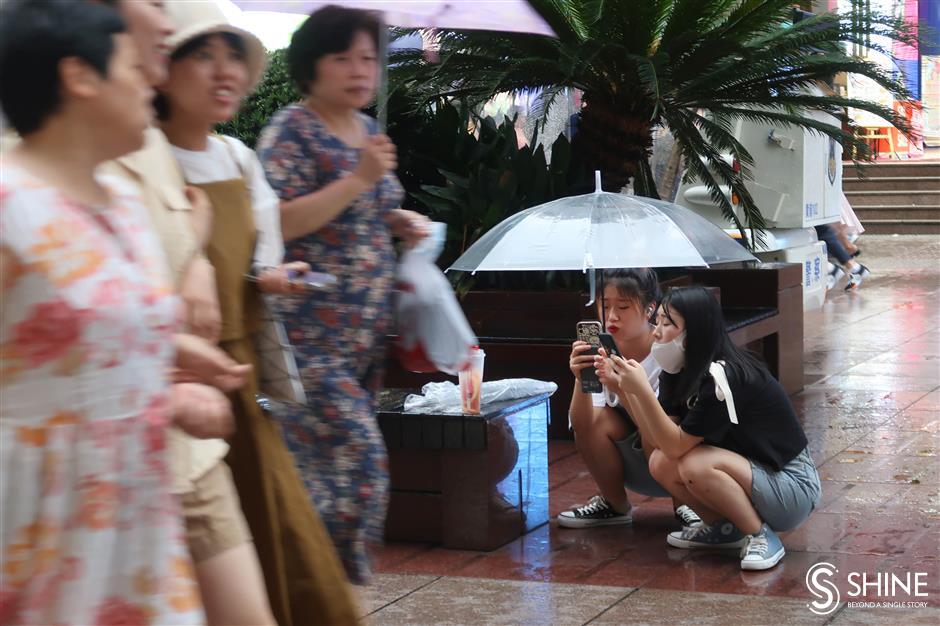 Pedestrians shelter from rain under umbrella.

After alternate heavy rain and heatwaves, the 31-day plum rain season will end on Sunday.

The city will enter the hottest period of summer, sanfu.

There will be more high temperatures over the next four to five days due to the influence of subtropical high pressure, according to the meteorological authorities.

The mercury on Sunday and Monday will reach as high as 37 to 38 degrees Celsius.

Saturday's temperature ranged between 27 and 34 degrees. The authorities issued lightning, rainstorm and gale alerts in the afternoon. There was over 30 millimeters of rain.

This year's plum season rainfall was 158.7 millimeters, almost 40 percent less than usual (243.1 millimeters), only 30 percent of last years' precipitation (549.5millimeters), according to the benchmark of Xujiahui meteorological center in the downtown. 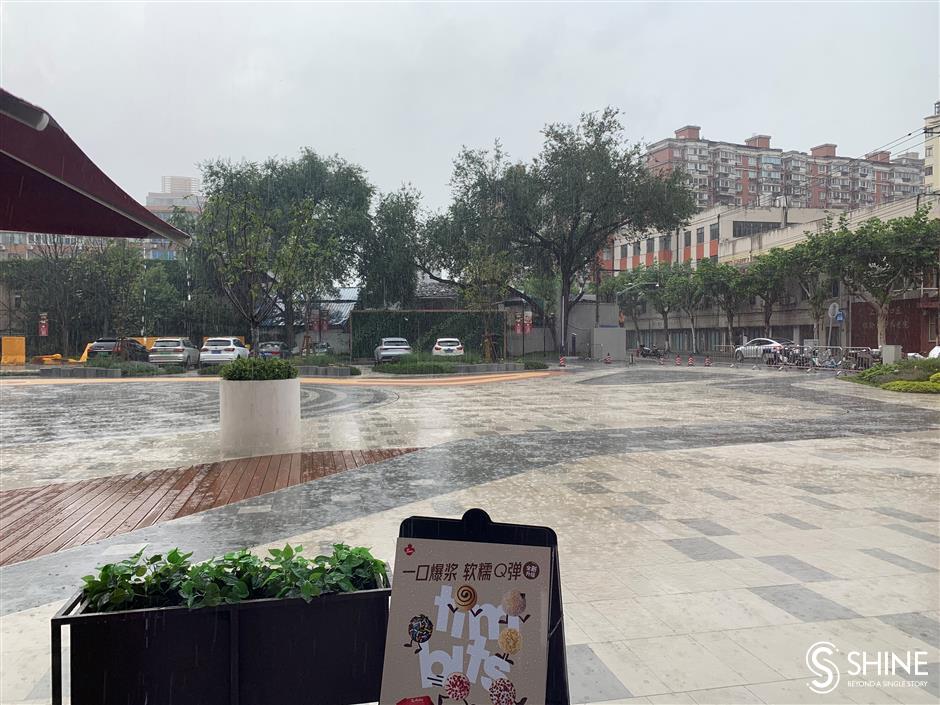 Heavy rain outside a coffee house in Jing'an District on Saturday.