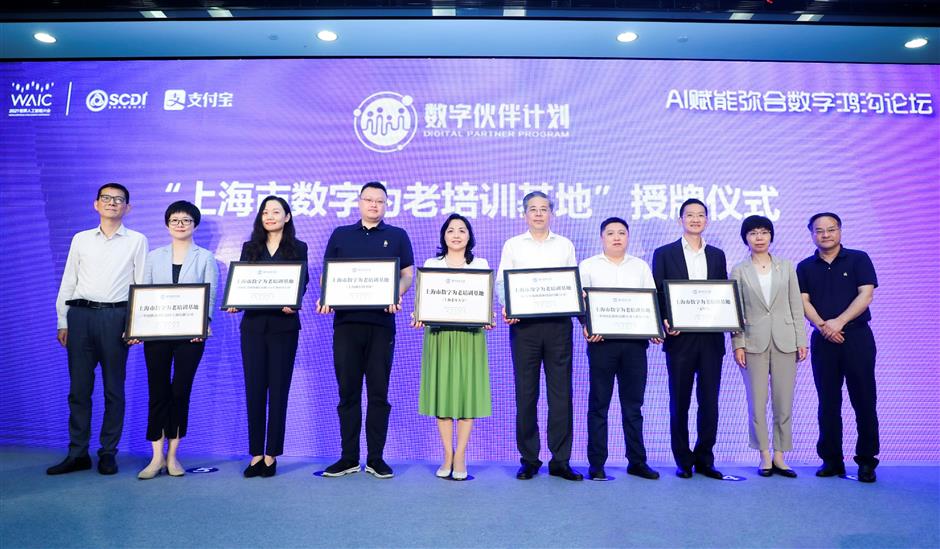 Officials jointly launch the first batch of Digital Training Bases for Seniors at the World Artificial Intelligence Conference 2021 on Saturday.

Shanghai launched the first group of training centers to help the elderly adapt to the digital era at the World Artificial Intelligence Conference 2021 on Saturday.

Digital Training Bases for Seniors have been opened at the Shanghai University for the Elderly, Pudong Library as well as the service halls of the local branches of China Telecom, China Mobile and China Unicom, the nation's three telecommunication carriers.

Alipay and Oriental Pearl Group Co also won the title of the digital training base for the elderly from the city's economy and information technology, education and civil affairs authorities.

"'Never leave a senior behind in the digital era' has become the promise of Shanghai during its construction of a people-oriented city," Zhang told a forum at the conference.

"It is also important for the city to enhance its soft power and showcase the charm of an international digital capital," she added.

Smart technologies like artificial intelligence and 5G are being developed across the city to boost digital urban management and cap Shanghai's digital transformation strategy.

However, seniors face a number of obstacles when it comes to using common digital tools and services, such as health QR codes, taxi-hailing apps and self-service checkouts at supermarkets.

The forum "to Bridge the Digital Divide," jointly hosted by the Shanghai Smart City Development Institute and Alipay was held at the WAIC on Saturday to seek solutions for the elderly. 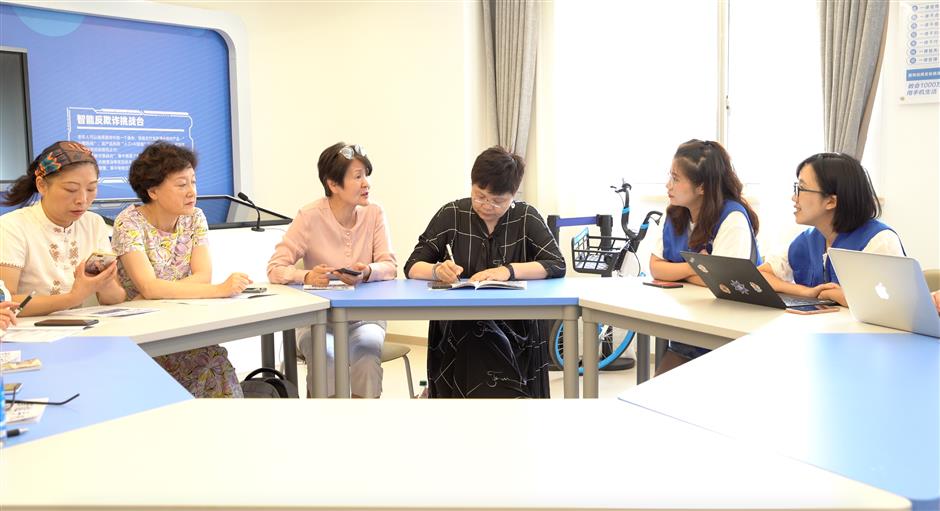 Volunteers wearing blue vests give a lesson to senior residents.

As one of the major campaigns, a "blue vest" volunteer project was launched at the forum to host 1,000 digital training sessions for the elderly across local communities. Volunteers wearing the blue vest will give lessons at neighborhoods, supermarkets and other popular sites for seniors.

They will teach the elderly to use mobile payment and taxi-hailing apps, and make appointments with doctors on mobile phones along with anti-financial fraud knowledge.

Such lessons will be given again in case the elderly forget what they've learnt, said a "blue vest" volunteer.

Digital life experiencing stations have been opened at the Shanghai University for the Elderly. Some artificial intelligence facilities have been brought to the stations for the seniors to learn how to operate.

"Through a single lesson, five seniors can use Wi-Fi independently, three can use online payments, while another two are able to call a taxi via mobile app," said Chen Li, who initiated the "blue vest" volunteer project.

Zheng Lei, a professor with Fudan University, said "people-oriented" is the key solution to remove the digital divide.

"The technology, policy and service should be coordinated and cooperated," Zheng told the forum.

The city government's Suishenban app has launched its special version for  senior users. The font size has been enlarged, while the most commonly used apps, such as the health code and medical payment, have been highlighted.

The local authority has also unveiled the first batch of 100 smart cab-hailing screens across local communities, allowing residents to call taxis by pressing a button or simply scanning their faces on a screen.

Multiple Internet firms in Shanghai have modified their apps with special versions to meet the demands of the elderly, said Shi Yu, an official with the commission.

On the "senior mode" of Alipay, for instance, the operations have been simplified, while ads and promotions have been chopped. Customers can call service staff by a single press. More than a million users have opened the special mode since it was initially launched three months ago. 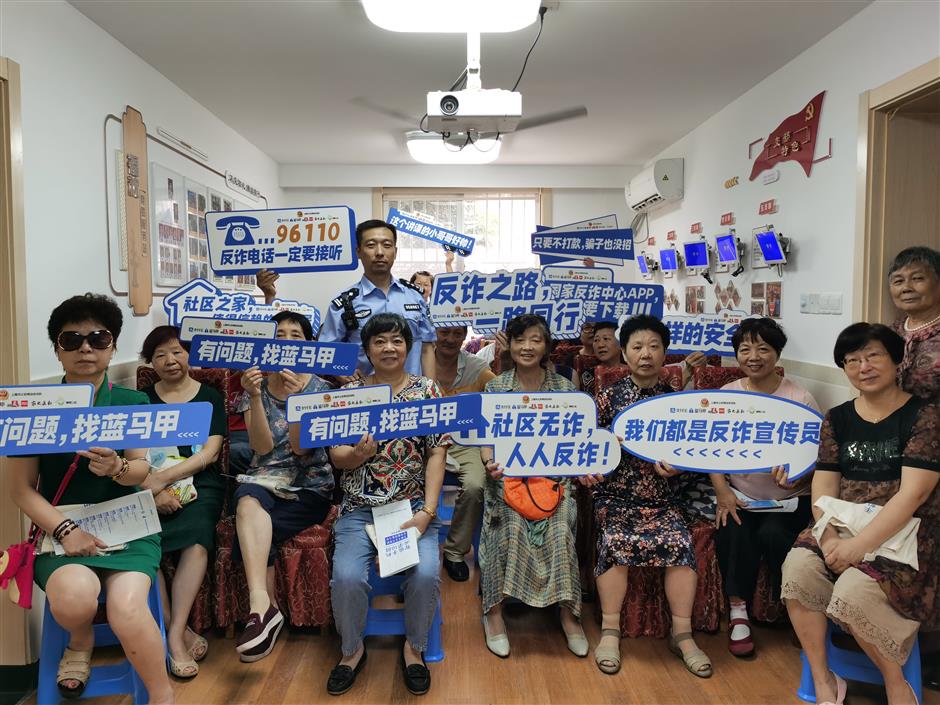 Seniors with a police officer after an anti-fraud lecture at a local community center.