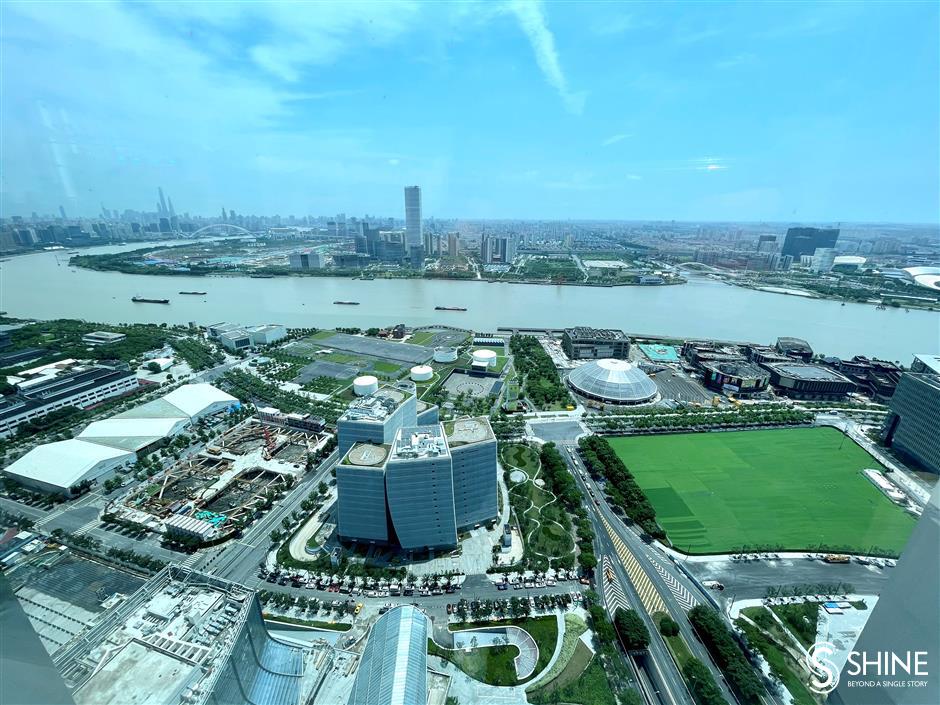 The West Bund Dome and other cultural projects renovated from industrial heritage structures.

The West Bund Dream Center, a collection of riverside theaters along the Huangpu River, is being developed on the West Bund waterfront in Xuhui District.

One of the largest groups of cultural facilities in Asia, the West Bund has created the "Art Museum Mile" with museums and art galleries converted from former industrial heritage structures along the Longteng Avenue.

The Dream Center, the new landmark project, will include the West Bund Dome, West Bund Grand Theater and the West Bund Art Center South Branch. The future theaters and concert halls will have thousands of seats and cutting edge performance equipment.

The project was promoted at the latest session of the Hui Forum on Saturday, where designers and architects shared detailed plans on the project at the newly unveiled Flagship West Bund Service Station.

The dome, redeveloped from what was once Asia's largest cement plant built in 1920,  opened to the public  last month with choreographer Shen Wei's multimedia work "Integrate."

Ten performances attracted 7,000 visitors nationwide and all the tickets were sold out immediately, said Li Ming, director of the Center for the China Shanghai International Arts Festival and the chief producer of the multimedia show.

It combined various art forms in a three-part performance – an exhibition displaying 64 of his artworks, including paintings and photographs, videos edited by Shen and shown on four giant screens and a dance with 37 performers. 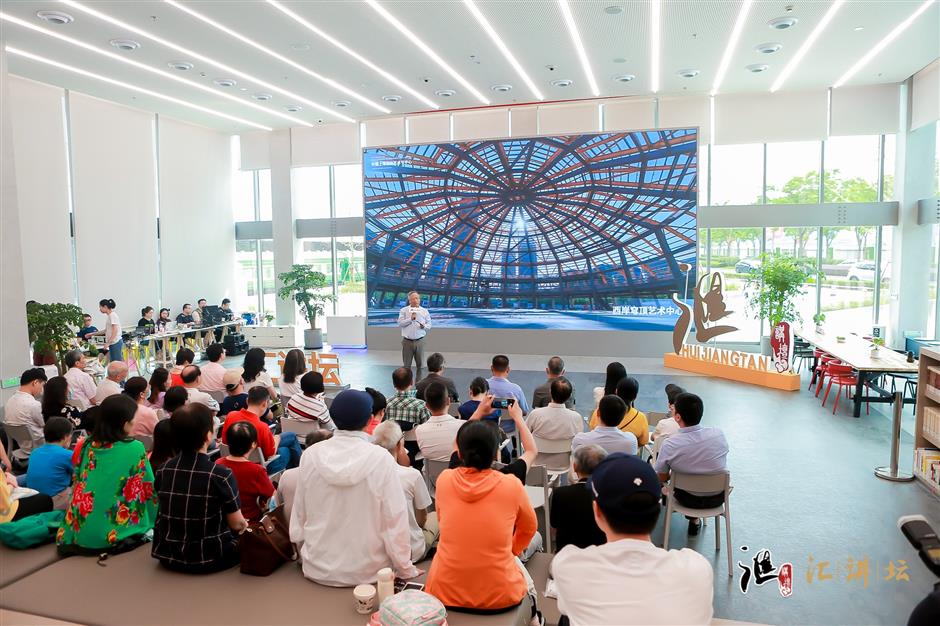 Li Ming, director of the Center for the China Shanghai International Arts Festival, introduces the West Bund Dome project at the Hui Forum.

"The dome has become an online sensation in Shanghai, attracting artists, movie stars and young art lovers from across the country," Li told the forum.

The West Bund has great development potential because it has gathered a large number of quality audiences, Li added. The Dream Center project is expected to become a new cultural landmark in the city and largest scale of art zone in Asia.

Liu Yichun, one of China's top architects taking charge of multiple art projects on the West Bund, said the waterfront has nearly completed its grand transformation from an industrial hub into an art center.

Part of Shanghai's first airport, the Longhua Airport, is expected to become a flagship art museum of the West Bund, Liu said.

The site was once planned to become the West Bund Library. The plan was later abandoned.

"I hope the historical building of the airport, once the landmark structure on the riverside, will become an art landmark with the new art museum,"  Liu told the forum. 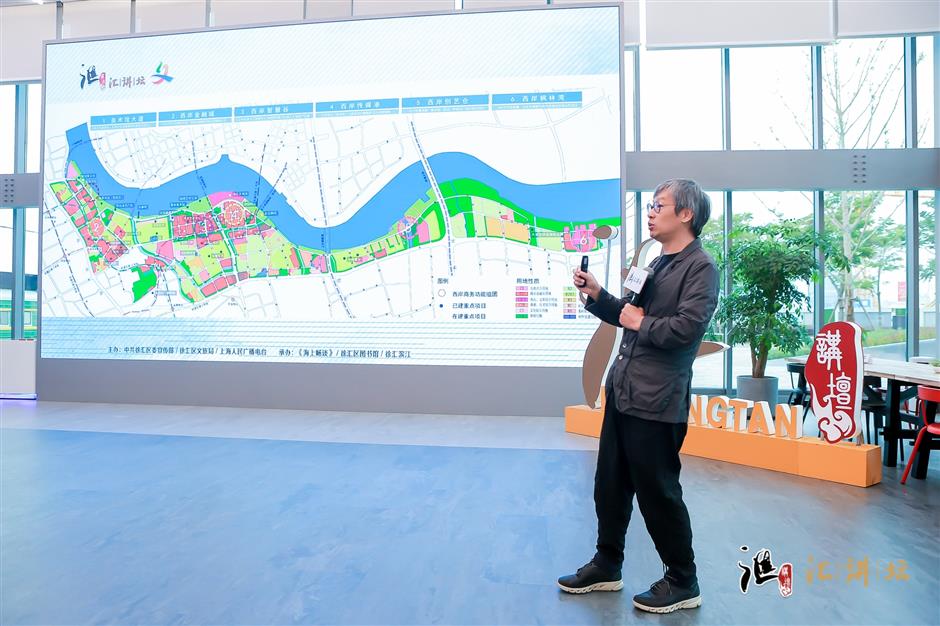